Self Catering in Big Bay 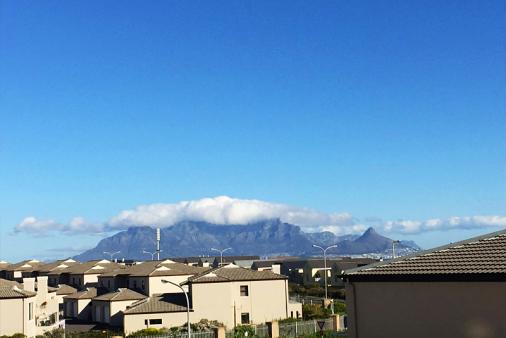 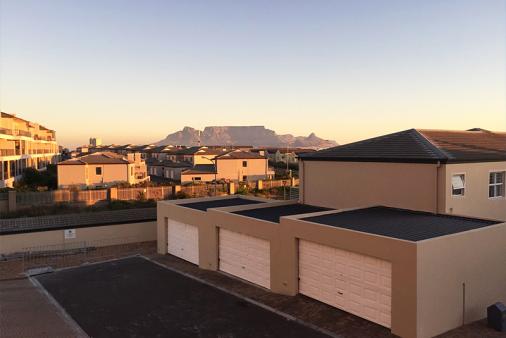 2/20 - Table Mountain view from the patio 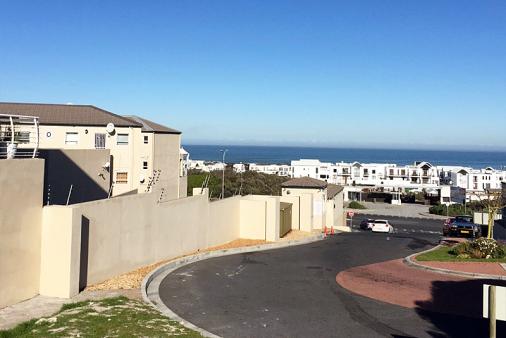 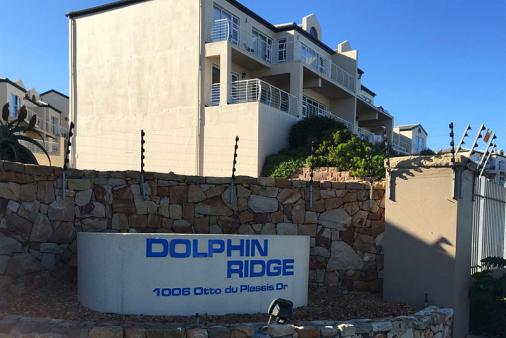 4/20 - Apartment block from the roadside 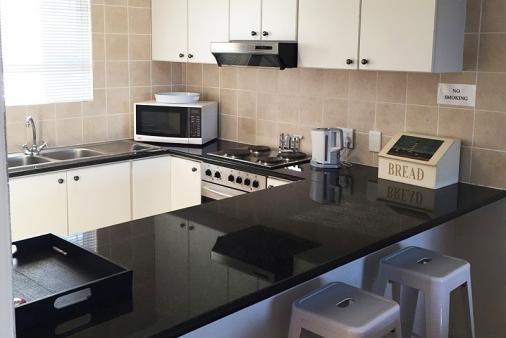 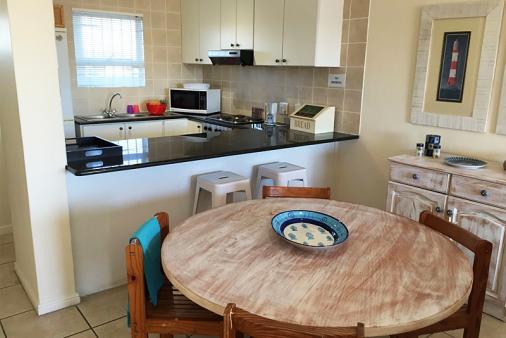 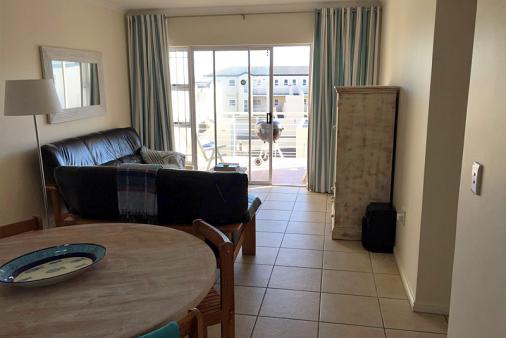 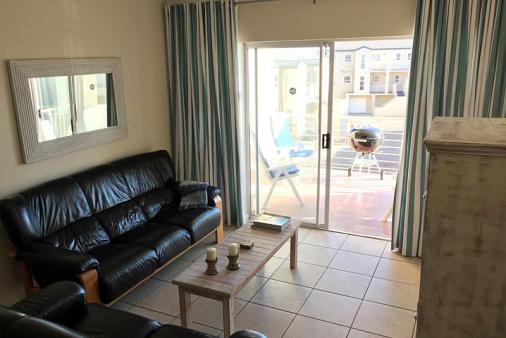 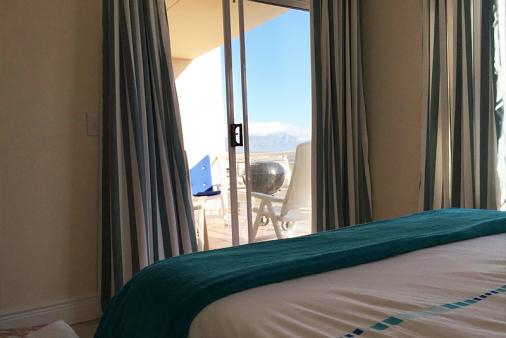 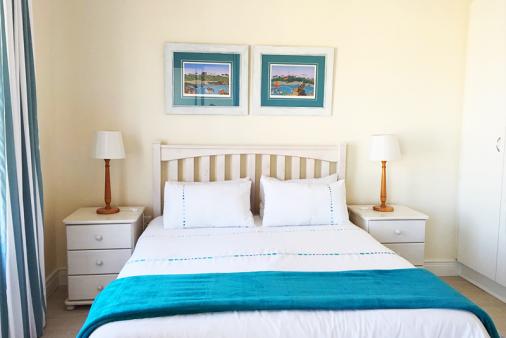 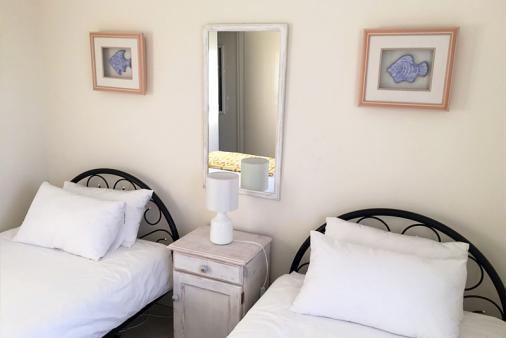 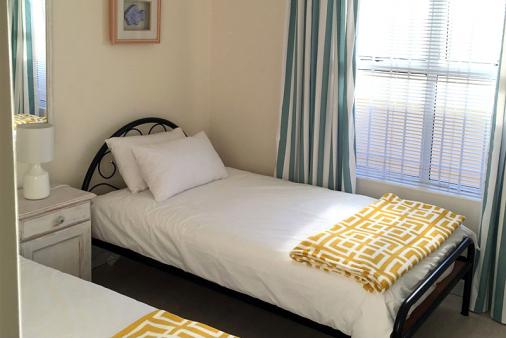 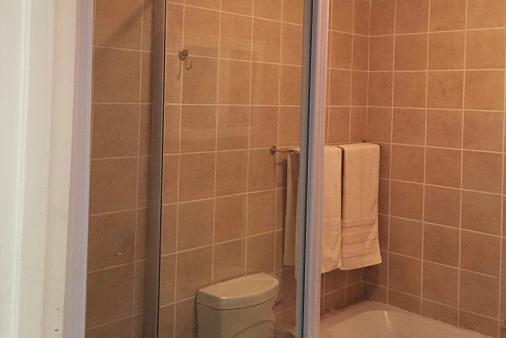 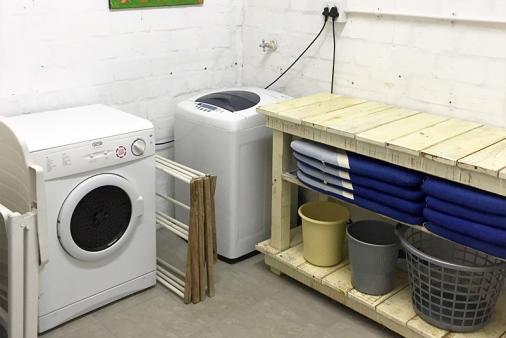 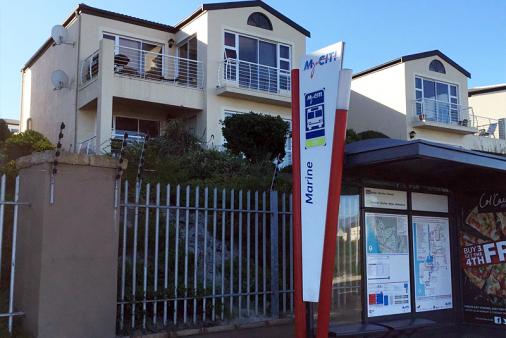 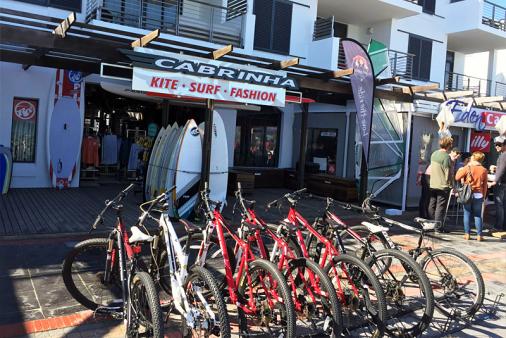 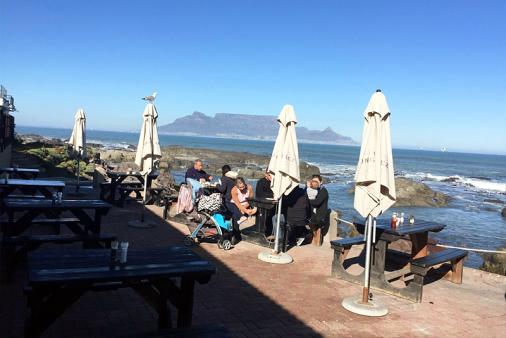 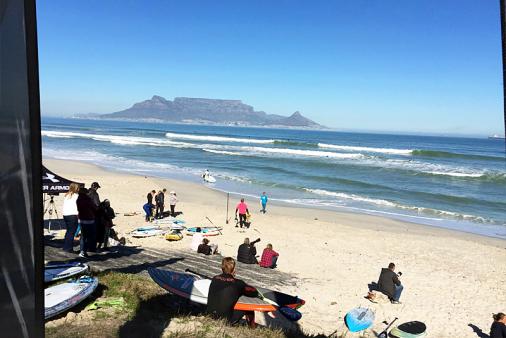 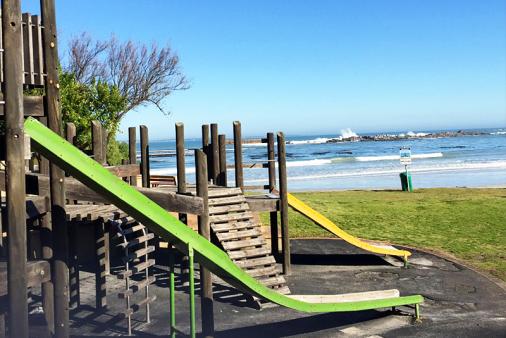 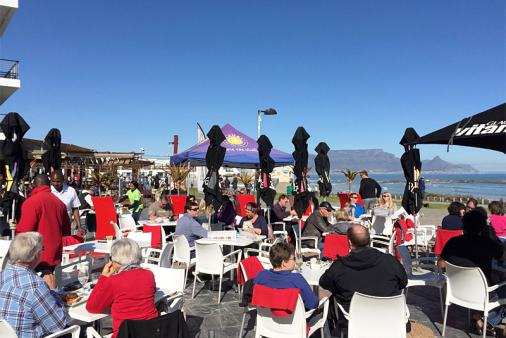 20/20 - Area Info: Wide selection of restaurants at Eden on the Bay

"SMELL THE OCEAN" Self Catering, 2 Bedroom apartment, on 1st floor with garage below with Table Mountain views.

Across the road from Big Bay Beach, a real beach paradise and very popular coastal resort area in Bloubergstrand, from where you can watch stunning sunsets, against the backdrop of the famous Table Mountain and Robben Island. The open stretches of white sandy beaches makes Big Bay a popular destination for both local and international visitors.

The location of the apartment, just across the road from the Big Bay beach and new Big Bay Centre, Eden On The Bay, with a leading supermarket, shops and famous restaurants overlooking the ocean and Robben Island.

Dolphin Ridge Apartments are well managed, ensuring peace and tranquillity, after a long day at the beach or after all the hustle and bustle at Eden on The Bay and other great surrounding areas.

If you decide to stay at Dolphin Ridge, please assist by obeying the rules of the complex, of which a copy will be find in the apartment. Please also let us know how you enjoyed your stay, to be used as a guest review.

Many visitors, especially overseas visitors enquire about the security at the apartment. The apartment has excellent security and a good track record.

The apartment is just across the road from the beach and the new Big Bay development, situated right on the beach, with various shops, and quite a few restaurants, overlooking the ocean and Table Mountain.

What to do Ideas

Golf in the Area

A new links-type estate course in the dunes next to the Atlantic Ocean that has been cut out of the natural fynbos vegetation. Straight driving and good wind play is essential, because the fynbos is a no-go area. Very difficult course to play in the strong south-easter that blows during the summer.

A links-type layout modified in recent years with the building of a housing estate. Several holes run alongside the beach, and it's very testing in a wind. There are superb views over the Atlantic Ocean and towards Cape Town.

A local hero, "Harry die Strandloper", or Hadah, was the leader of the Goringhaikonas, who were the first people documented to live in Bloubergstrand. Hadah, his original name Autshumao, was taken to Java in 1629 by the Captain of the ship 'London' to be taught English. Because of his entrusted duties to deliver letters to the British seafaring community, he became the first "Postmaster" in South Africa.

In 1806, the first casualties of the Battle of Blaauwberg drowned when their boat was driven by the large surf into the rocky point at the end of Stadler road and it capsized. The invading British forces went on to defeat the defending Dutch forces and subsequently occupied the whole of the Cape Colony.This was a initial step in the major colonisation that then took place throughout the southern African continent. Now a famous national monument, "Ons Huisie" (literally translated to Our Small Home) has a long and colourful history in the development of Bloubergstrand. The first dwelling of Frederick Louis Stadler. (Hence Stadler Road is the original street). Shortly after the Battle of Blouberg in 1806, he became owner of almost all the farm property that is now known as Bloubergstrand. The exact building date is not known, but a Thomas Bowler made a beautiful pencil drawing of the house in 1853. Hendrik Louis Stadler, the sixth son of Frederick Louis, was the owner of "Ons Huisie" at that time. His sons, Frikkie, Rozier and Johannes, were the some of the original founders of Bloubergstrand (the building is now a resturant of some reputation)

From the 1940's a well-known writer of illustrated Afrikaans childrens' books, Helena 'Mollie' Lochner, who lived at the end of Stadler Road in "Die Groot Withuis" or the Lochner House, on the southernmost tip of the promontory. Her ashes are buried under the front step of the house. When she died "Mollie Lochner Huis" was bequeathed to the South African Teachers Union as a holiday home for female teachers but because of the high maintenance cost they had to dispose of it. Ultimately it was demolished in 2004 and a controversial highly contemporary styled guesthause was built on the site by Jacques Pauw, a well known local man, who was also involved in building the hospital. The large wooden cross out on the promontory rocks was erected in memory of the Bam family who live in Mollie's House and drowned off the point in 1911. (The above was adapted from Wikipedia)

Travelling from the airport follow the N2 towards Cape Town - be on the lookout for exit 9 "M5 North Milnerton"
- Follow the M5
- at the 2.7km mark from turnoff, follow "N1 Kaapstad" and at 5.3km mark exit to the R27 (exit 4 "Paarden Eiland: Milnerton Table View West Coast".
- Follow Marine Drive (R27) becoming Otto Du Plessis for 12km. At the 12km mark from exit 4 turn left at "Marinerylaan Dolphin Beach sign".
- Follow the road for 4.5km over a circle, reaching the second circle.
- Just past the second circle turn immediately right and have arrived at Big Bay's Dolphin Ridge.
To make a Booking or Enquiry - click here
Nearby points of interest
Page Statistics
22744 page views since29 Jun, 2009. Last updated on 06 Dec, 2019.