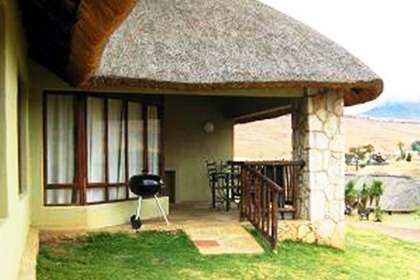 Special
From R 4400
Per unit, per night | Sleeps 6 adults max
* Rates may vary according to season

We offer accommodation in a 6 sleeper self-catering thatch cottage at The Fairways is a Gold Crown resort, situated within the Drakensberg Gardens Golf & Leisure resort. 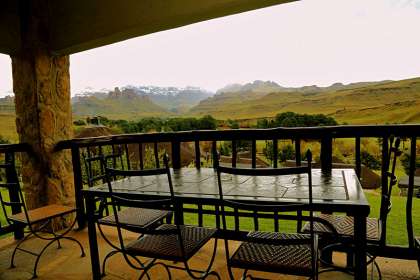 These tastefully decorated self catering chalets are available in 4, 6 and 8 sleeper units and also boasts a wheelchair friendly unit. Each chalet, has a fully equipped kitchen with washing machine, tumble drier, telephone, DStv and individual ... 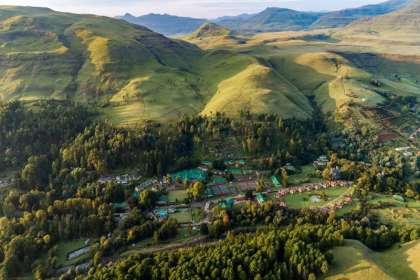 With breath taking views of an awe inspiring mountain range, the Resort is a one of kind retreat for guests to rekindle, relax and unwind. 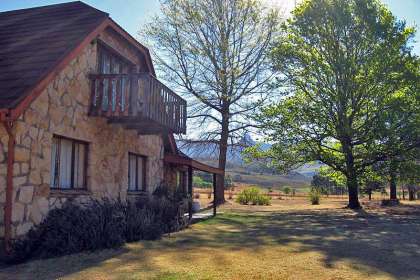 Guest Rating: 8.6
Sleeps 12 in 4 units
From R 425
Per person, per night sharing
* Rates may vary according to season 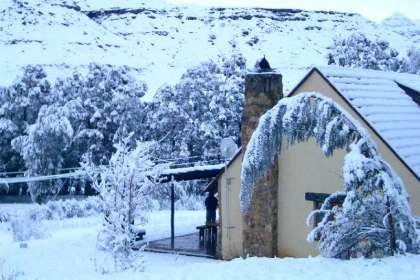 Cailleagh Croft has 4 bedrooms and 2 bathrooms as well as a romantic Victorian bath in the main bedroom with views of the berg. It has a large open plan kitchen, lounge and dining room and a huge covered veranda, complete with cane furniture, ... 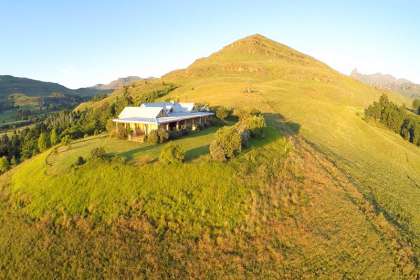 Ambleside Lodge is nestled at the foot of the majestic Southern Drakensberg mountains, surrounded by shady trees & meandering streams. This surreal berg retreat is situated only 3 hours away from Durban & boasts an elevated position on a 10-acre estate 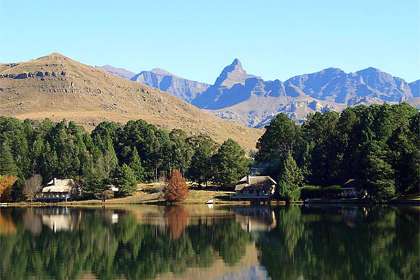 In a valley among the foothills of the Southern Drakensberg lies a secluded lake, a natural sanctuary far from the distractions of modern life. 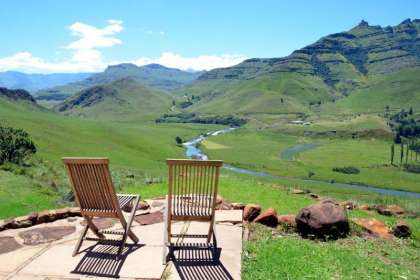 Sleeps 9 in 1 unit
From R 350
Per person, per night sharing
* Rates may vary according to season

The lodge accommodates a maximum of nine people and all four rooms have slate lined en suite bathrooms. Detached from the main lodge is the 'honeymoon suite' (room 4) which has the most incredible view from the king-size bed. 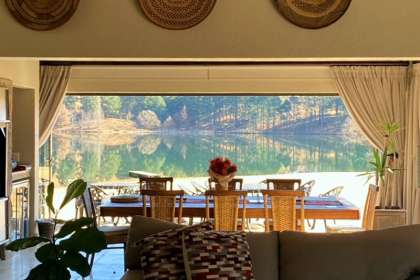 Guest Rating: 9.8
Sleeps 8 in 1 unit
From R 700
Per person, per night sharing
* Rates may vary according to season

This luxury home has 4 bedrooms sleeping 8, and 3 bathrooms. One queen sized bed and 6 single beds. The 2 bedrooms upstairs share a full bathroom with a Spa Bath. We call this the 'bath with a view'. The main bedroom is en suite and the 2nd ... 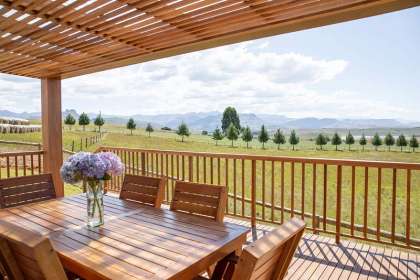 Guest Rating: 10
Sleeps 4 in 1 unit
From R 500
Per person, per night sharing | Sleeps 4 adults max
* Rates may vary according to season

Dragons Landing Cottage is a luxury self catering cottage situated on a small farm in the Southern Drakensberg. Enjoy unsurpassed views of the majestic Southern Berg and surrounding farmlands and wetlands. 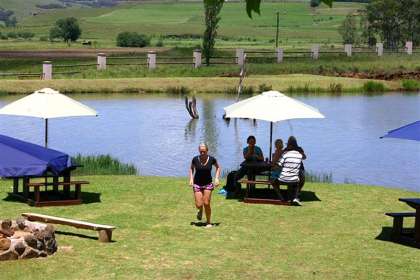 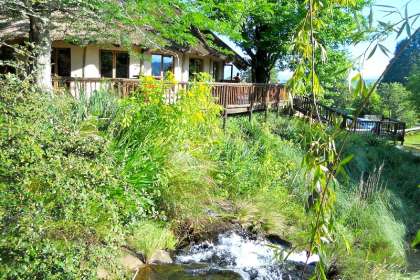 Graded:
Sleeps 15 in 6 units
From R 1080
Per person, per night sharing | Sleeps 4 adults max
* Rates may vary according to season

Malachite Manor is a 'one of a kind' luxury Guest Lodge situated on the outskirts of Underberg rated Superior by the AA. It is an ideal getaway for discerning Guests. 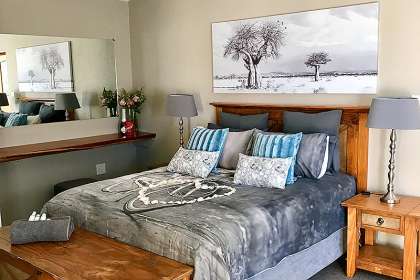 If you're looking for tranquility amidst a park-like setting, then welcome to Meadow Lane Country Cottages. Five self-catering cottages are surrounded by beautiful old trees, lively birds and our 5 peacocks that love to display their colours! 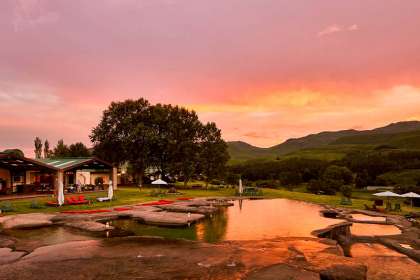 Bushman’s Nek Berg and Trout Resort, situated in the picture-perfect foothills of the Southern Drakensberg, offers a selection of luxury hotel rooms, self-catering apartments and rustic log cabins. With a restaurant serving delectable cuisine, a wellness 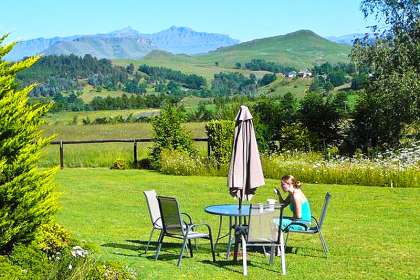 Our four garden cottages have a beautiful setting with magnificent views of the mountains and a peaceful country atmosphere. Guests can pick their own apples from the orchard in season. 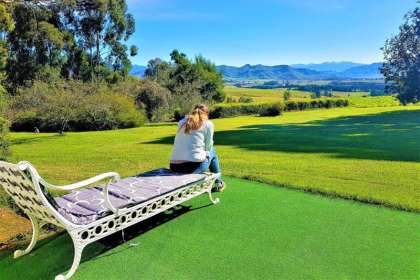 From R 675
Per person, per night sharing | Sleeps 8 adults max
* Rates may vary according to season 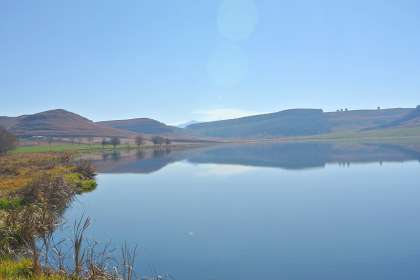 This beautiful self-contained holiday house is set in the foothills of the stunning Southern Drakensberg Mountain range. This little piece of paradise is situated overlooking a lake just 5 minutes outside of the quaint mountain town of Underberg. Lake Vi 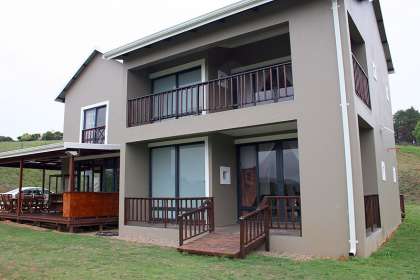 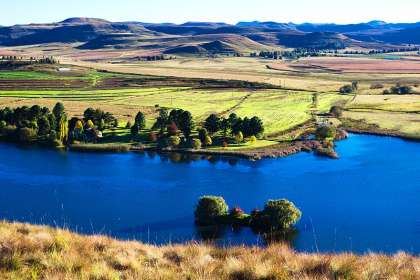 Sleeps 45 in 6 units
From R 675
Per person, per night sharing | Sleeps 8 adults max
* Rates may vary according to season

The suburb of Gardens lies within Cape Town's city bowl, below Vredehoek and Oranjezicht and it is popular to live here because you are so close to everything. The trendy and upmarket Kloof Street is just moments away with its restaurants and interesting shops and boutiques and the CBD is 5 minutes' drive from Gardens.

Close to Gardens are the Company Gardens on Government Avenue, which began as a vegetable garden for skurvy-ridden sailors. Today it is a botanically diverse city park with over 8 000 varieties of flora and an interesting spot to picnic. Other interesting sites include museums, a planetarium, an open-air market at Greenmarket Square, set among stately Georgian and Cape Baroque influenced buildings and the colourful area of the Bo-Kaap, with its tumble of narrow lanes, brightly painted flat-roofed houses and mosques.

Gun salutes are fired automatically at noon every day except Sunday from nearby Signal Hill, used as a signal station from the earliest days of the Cape Settlement.