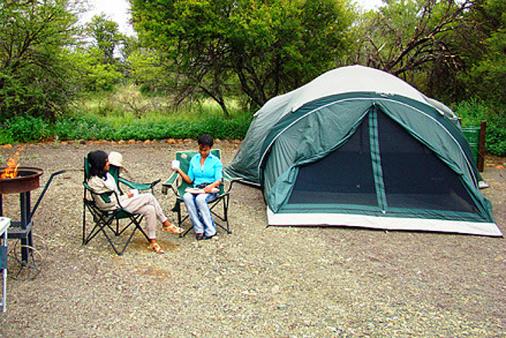 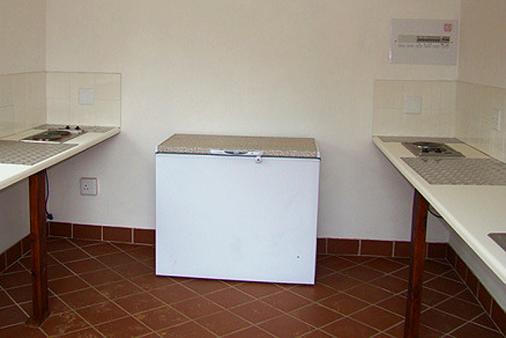 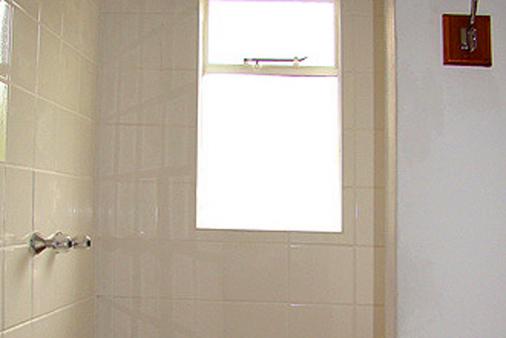 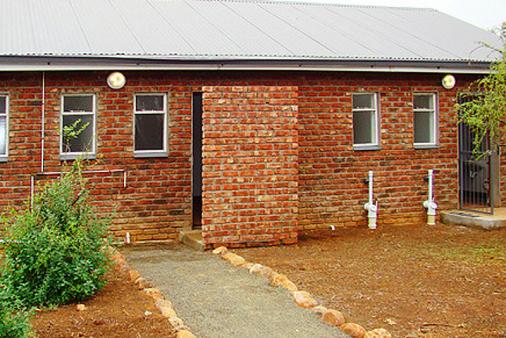 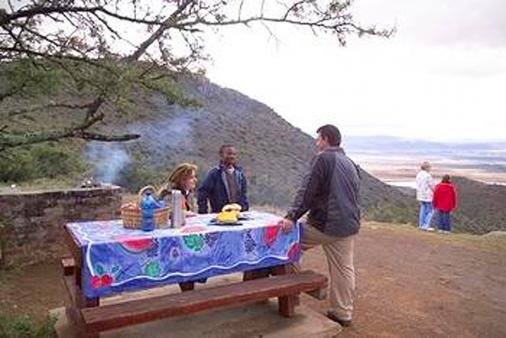 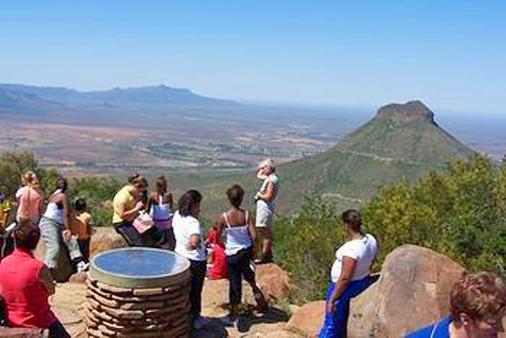 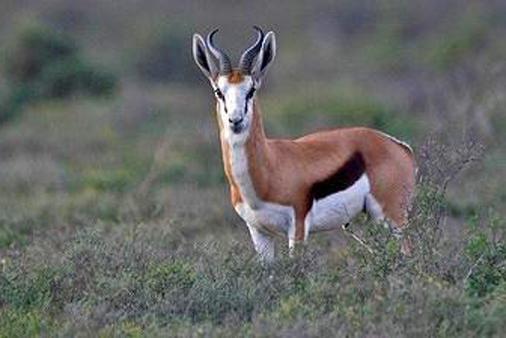 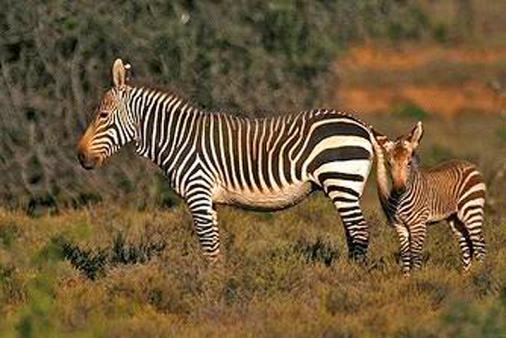 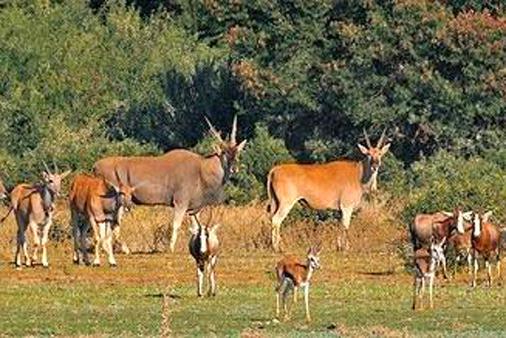 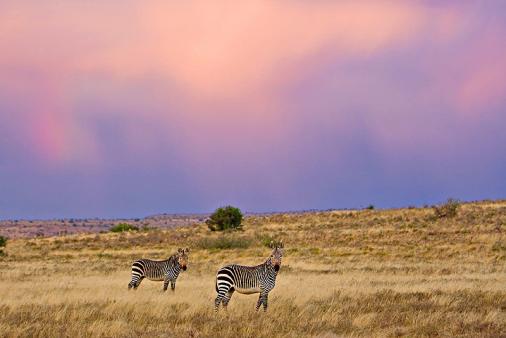 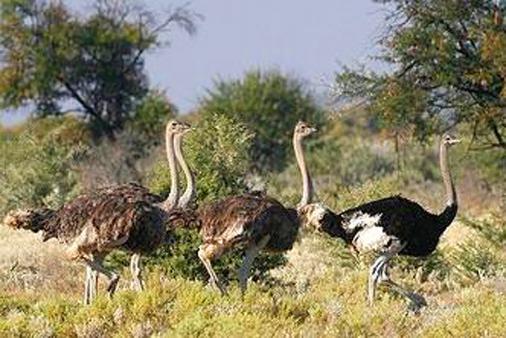 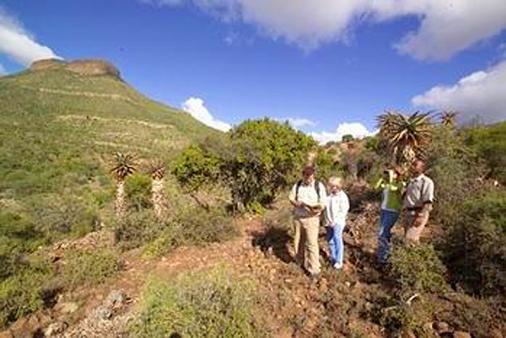 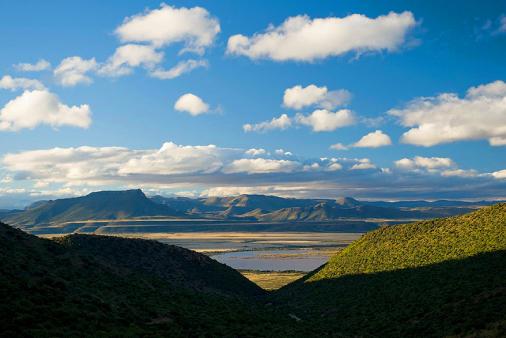 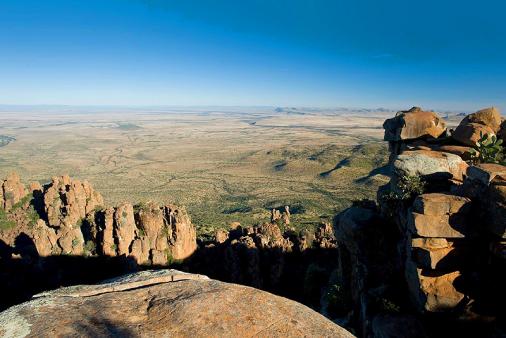 Fifteen caravan or tent sites are situated beneath thorn trees on a gravel substrate. Each site has a braai unit and powerpoint. A communal kitchen provides deep freeze, stove top and microwave facilities while the communal ablutions have showers, toilets and a universally accessible unit.

Nearly 250 bird species have been recorded in the park, with an interesting ecotonal mix including species typical of both the Great Karoo and Eastern region avifaunas.

The ostrich is perhaps the most well-known example of a bird adapted to life on the plains – it can cover up to 32km per day.

Many of the animals show a variety of adaptations to survive in the arid and unstable environment of the Karoo. The springbok is remarkably well-adapted, deriving its water requirements as a by-product of metabolism and seldom, if ever, needs to drink.

The herpetofauna has been well-documented and includes five frog, five tortoise, 19 lizard and 10 snake species.

Four fish species are found within the park.

Outbreaks of the brown locust and cyclical eruptions of the harvester termite and karoo caterpillar and their influence on the vegetation, are characteristic features of this unstable but resilient ecosystem.

Forty-three mammal species are found within the park of which 11 are rodents and 13 carnivores.

The crepuscular bat-eared fox is often seen hunting by the use of its large ears to locate insects while the communal behaviour of the suricate (meerkat) can be fascinating to watch.

Vervet monkeys, seen often with tails shortened to varying degree by aggressive interaction within the troop, inhabit the Acacia forests and adjacent plant communities. These primates should never be fed, since this practice subverts their natural behaviour and creates problem animals, which may later have to be destroyed.

Game animals regularly sighted by visitors include steenbok, springbok, blesbok and black wildebeest in open areas. Thicket inhabitants include the kudu and grey duiker which are common as well as the less often seen Cape buffalo. Red hartebeest and gemsbok are frequently observed in the transitional vegetation types. Cape Mountain Zebra may be seen from time to time but prefer the more mountainous areas of the reserve. The klipspringer is well-adapted to the rocky habitats of the park with hooves adapted to enhance their grip on the rocks due to pneumatic spaces in the tips of the hooves.

The Karoo is arid, semi-desert country. The plant composition is unstable and influenced by the variation in rainfall, with autumn and spring rains favouring the growth of karroid plants (karoo bushes), while mid to late summer rains favour grass, taller shrubs and trees.

The system is highly resilient, able to recover rapidly after droughts, insect outbreaks and overgrazing. However, areas of the park are still in a transitional state due to the effects of previous veld mismanagement. Unpalatable species, dwarf shrubs and poor ground cover have replaced palatable grasses and karoo bushes in areas that were overgrazed in the past.

The diverse landscape of the park in relation to altitude, aspect and soil type has led to the development of three distinct physiognomic classes of vegetation: shrubland, succulent thicket and dwarf shrubland.

Shrubland is located on sandstone dominated uplands above 1300 metre elevation. This vegetation displays a gradient from a moist condition, in which shrubs are separated by grasslands, to a dry condition in which inter-clump cover is dominated by dwarf shrubs.

Succulent thicket is dominated by shrubs and succulents of sub-tropical affinity.

Dwarf shrubland is restricted to the bottomlands where alkaline alluvial soils are encountered. It may be grassy, succulent or degraded, depending on the nature of the near-surface substrate, the frequency of precipitation and recent land-use history.

To date 336 plant species have been collected, among which 71 families of flowering plants are represented. The most important of these are daisies (55 species), grasses (36 species), lilies (25 species) and succulent Crassula's (16 species).

A wetland plant community occurs primarily within the water fluctuation area of the dam. The dynamic nature of this short grassland includes patches of either 'fluitjiesriet', Phragmitis communis, tamarisk, Tamarix usneoides or cosmopolitan weeds. The most common grasses in this vegetation unit include the creeping perennials Cynodon dactylon and C. incompletes.

Camdeboo National Park surrounds the town of Graaff-Reinet in the Eastern Cape.

To reception, Lakeview Tented Camp:
The gate is four kilometres our of Graaff-Reinet off the N9 to Middleburg.

To the Valley of Desolation and Game Viewing Area:
The gate is reached 5km out of Graaff-Reinet on the R63 to Murraysburg.

The nearest international airport is in Cape Town and the nearest domestic airport in Port Elizabeth.

From Cape Town, take the N1 highway towards Beaufort West. Pass through the town of Beaufort West and then turn right onto the R61 to Aberdeen. At Aberdeen, take the N9, left towards Graaff-Reinet.

From Port Elizabeth, take the R75 to Jansenville and Graaff-Reinet.