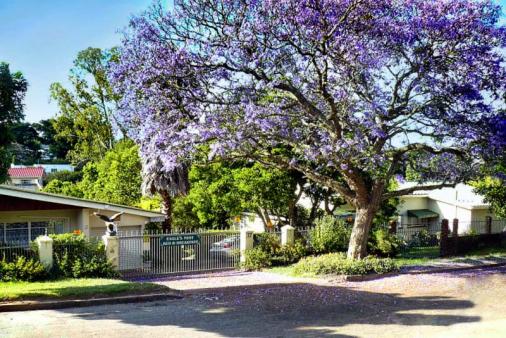 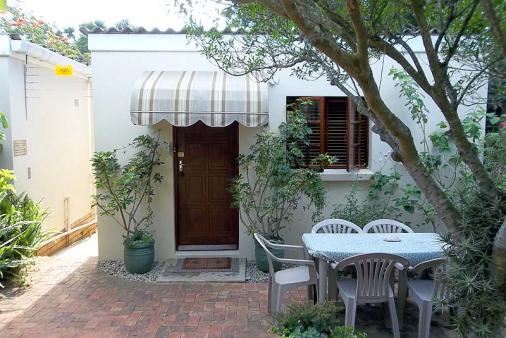 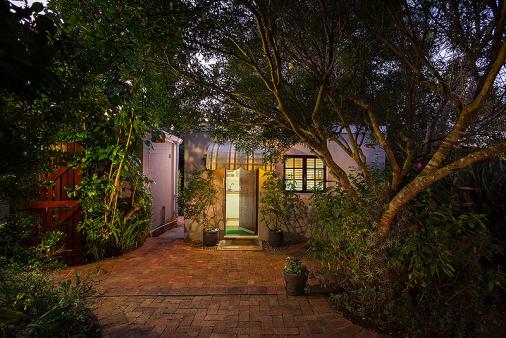 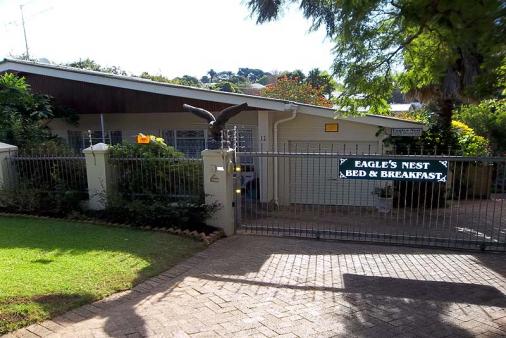 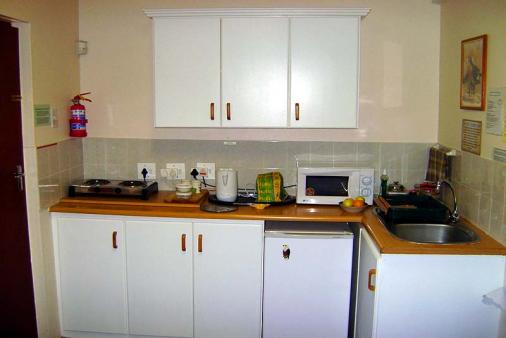 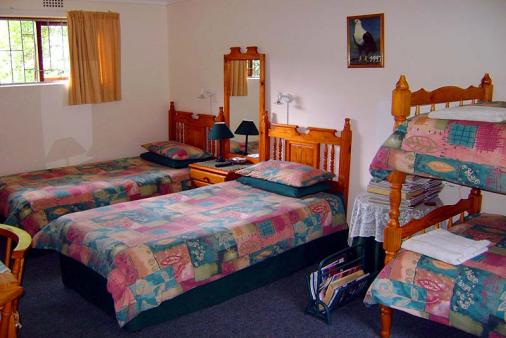 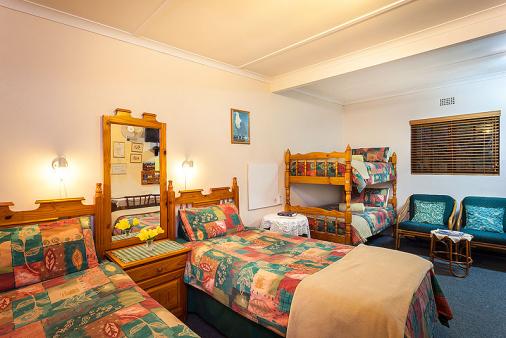 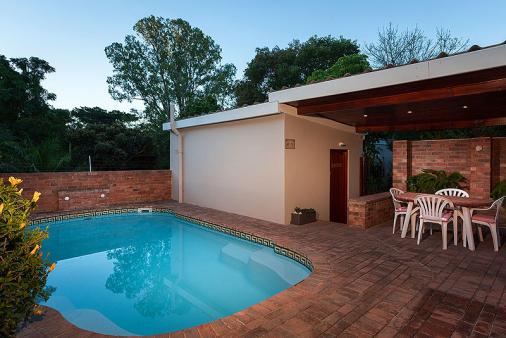 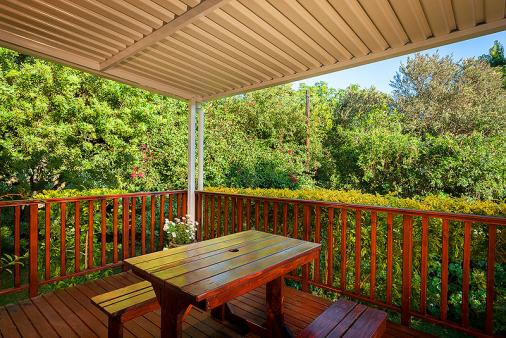 9/15 - Deck with awning on flat - bed & Breakfast in Grahamstown 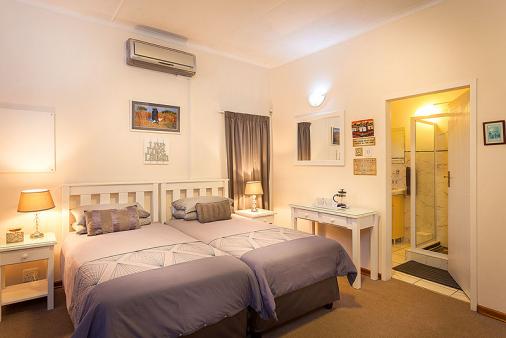 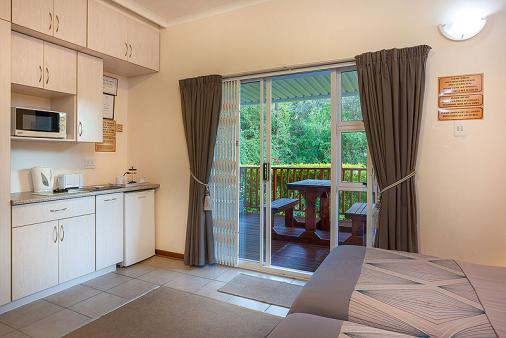 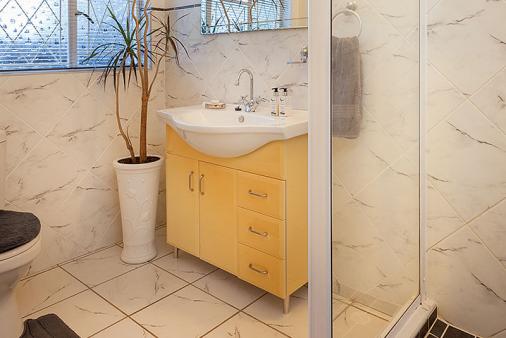 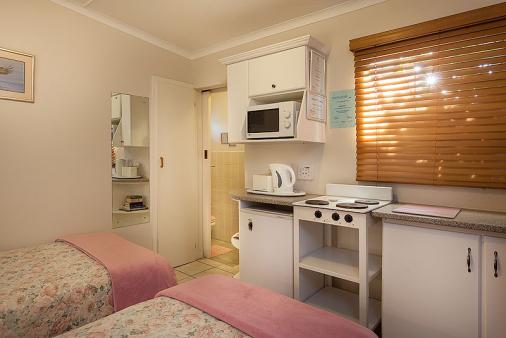 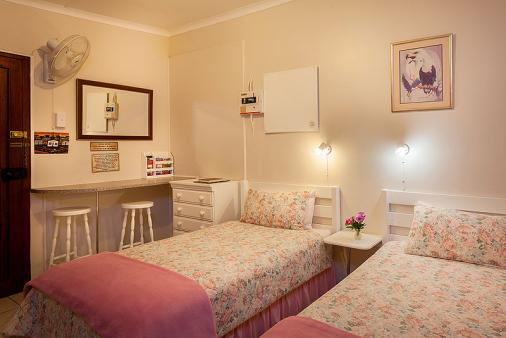 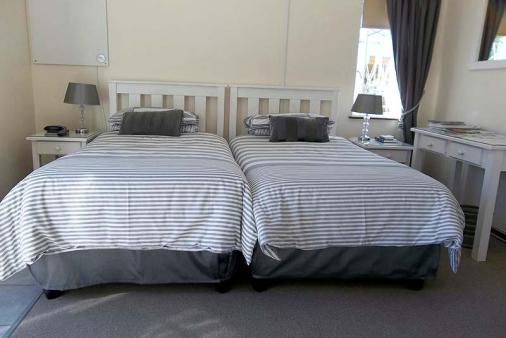 Eagle's Nest Bed & Breakfast is on the sunny side of Grahamstown. Ideally situated near schools, city centre and in walking distance to shops, museums, Rhodes University and restaurants. The perfect stop-over in Grahamstown between Cape Town and KwaZulu-Natal (almost halfway).

Three reasonably priced self-contained garden flats each with their own private entrance. One of the flats sleeps 4 (twin beds and bunk beds with hospitality mattresses) and the other 2 flats (twin beds in each) sleep 2 people. These self catering / bed and breakfast flats have en-suite bathrooms, well equipped kitchenettes, tea/coffee facilities, TVs, free internet, hairdryers, fans, heaters, hot blankets and secure off-street parking (electric fence) with remote control access to bring vehicles into our yard.

Additional beds in the main house (en suite) if required. The barbecue facility near the sparkling pool on your doorstep often comes in handy on this sunny side of town. Children welcome. Pets welcome by arrangement. Choice of self-catering or B&B.

Other facilities: Places of interest in or near Grahamstown