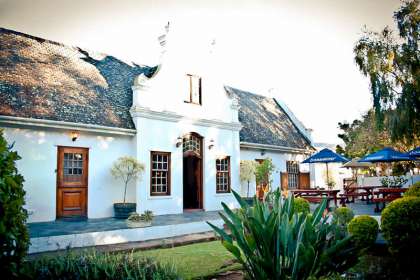 Graded:
Sleeps 8 in 4 units
From R 650
Per person, per night sharing | Sleeps 2 adults max
* Rates may vary according to season 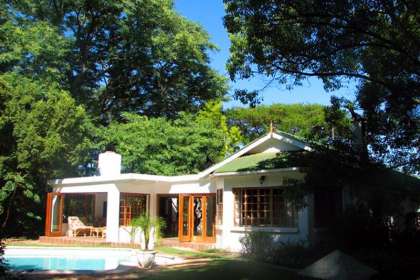 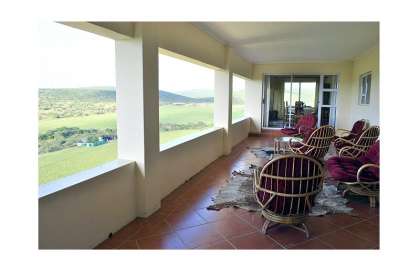 Guest Rating: 10
Graded:
Sleeps 18 in 4 units
From R 600
Per person, per night sharing
* Rates may vary according to season

Far from the madding crowd, on a hill overlooking the luscious Sunday's River Valley and on the doorstep of the world renowned Greater Addo Elephant Park, lies Kududu Guesthouse, a haven of tranquility and comfort, waiting to be discovered. Graded:
Sleeps 15 in 5 units
From R 400
Per person, per night sharing | Sleeps 4 adults max
* Rates may vary according to season

VALLEY BUSHVELD COUNTRY LODGE is an owner managed, successful, four star, safari-style Country Lodge in the Eastern Cape Province of South Africa. The Lodge is built on a private game reserve on the banks of the Coegas River. 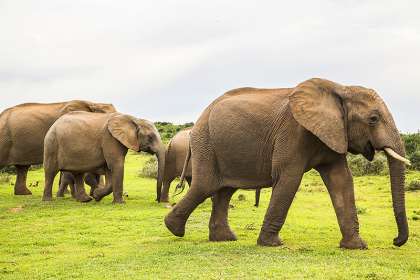 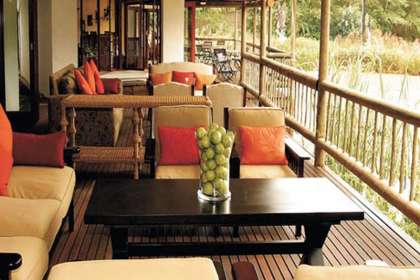 Sleeps 11 in 3 units
From R 2615
Per person, per night sharing
* Rates may vary according to season

Woodall Country House lies tucked away on a peaceful citrus farm where miles of citrus trees bear fruit all winter and scent the air with blossoms in the springtime. 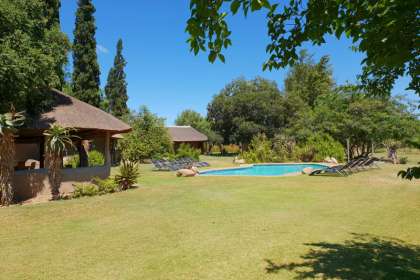 Chrislin African Lodge delivers a unique experience in Bed and Breakfast Accommodation in traditionally built huts. The well appointed en-suite rooms, each with their own separate entrances are equipped with numerous practical and personal touches... 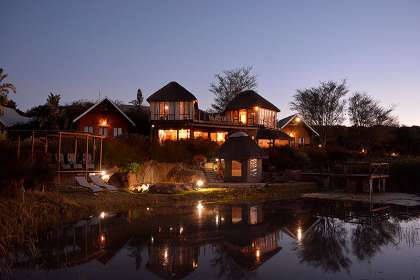 Graded:
Sleeps 28 in 12 units
From R 760
Per unit, per night
* Rates may vary according to season 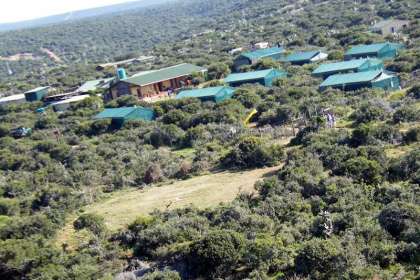 Graded:
Sleeps 8 in 3 units
From R 488
Per person, per night sharing | Sleeps 2 adults max
* Rates may vary according to season 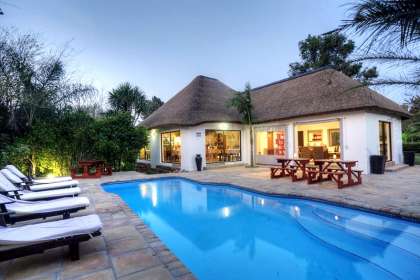 Sleeps 21 in 6 units
From R 780
Per person, per night sharing | Sleeps 6 adults max
* Rates may vary according to season

Lying in the heart of the fertile Eastern Cape, Sundays River Valley, and set against the backdrop of the Zuurberg Mountains, Kirkwood is known as the citrus capital of the Eastern Cape. The Sundays River Valley is also known as the 'Valley of Oranges', where during October the fragrance of orange blossoms permeates the warm Eastern Cape air, making the subtropical climate perfect for growing oranges, lemons, and grape fruits. During the April to September citrus picking season, Kirkwood buzzes with activity, and it's common to see tractors trundling into Kirkwood, Eastern Cape, groaning under the weight of oranges.
Well known for its gorgeous roses and game farms, the quaint Eastern Cape town of Kirkwood is also recognised for the discovery of the first complete dinosaur fossil, the oldest pre-historic fossil that lived 130 - 135 million years ago. It has fondly been nicknamed 'Kirky', because of its likeness to a turkey.

What to do and see in and around Kirkwood, Eastern Cape:

If you are visiting Kirkwood, Eastern Cape during June / July, don't miss the opportunity to spend the day at the hugely popular annual Eastern Cape, Kirkwood Wildlife Festival, which attracts more than 45 000 visitors to the picturesque Sundays River Valley. Take the rare opportunity to participate in the highly competitive sport of spitting kudu droppings, then bid for buffalo at the Kirkwood 'Wildsfees' game auction. This one of a kind festival in Kirkwood offers entertainment for the whole family at specialist stalls, agricultural and wildlife expos, jazz performances, adrenalin rides, a beer tent, and a superb gourmet food lifestyle expo, where you can sample ‘smileys’ (sheep heads), while being entertained by award winning artists from around the country.

Golfing fans will enjoy a game at the Kirkwood Golf Club, which boasts an interesting little nine-hole golf course, where you may be challenged because of its narrow fairways. If you didn't bring your own clubs, a set is available for a small compensation.

Don't miss out on a visit to the Daniell Cheetah Project in Kirkwood- an innovative project that plays a part in conservation of the Cheetah, and the re-establishment of pure gene lines, as well as educating the public to the importance of conserving of this amazing species.

Catch your breath at the Kirkwood Valley of Vistas, which boasts a fine lookout point over the Sundays River Valley, where 200 years ago the tranquil Eastern Cape area was embroiled in bloody border wars.

Outdoor adventurers can challenge themselves through a grade 5 river crossing, and a 2-3 graded route with varied terrain through lush Eastern Cape vegetation on the Bedrogfontein 4x4 Trail.

How to get to Kirkwood:

For the newcomer, the Kirkwood Tourism Office will provide you with info and maps on all you need to know about what to do and where to go. Contact them on +27 (0)42 230-0066


Nearby Towns With Accommodation
Nearby Points Of Interest

Nestled in the Eastern Cape, Sundays River Valley, with the Sundays River running past it, and set against the backdrop of the Zuurberg Mountains, the little town of Kirkwood, Eastern Cape lies in the midst of the bushveld, sprinkled with prickly pears and fynbos. It's here in 'citrus country' that you will find ideal Kirkwood accommodation lying in the beautiful Kirkwood, Sundays River Valley. With breathtaking scenes of thousands of citrus orchards hugging the Sundays River and surrounds, Kirkwood Self Catering accommodation is situated only 35km from the world renowned Eastern Cape, Addo Elephant Park, which allows for excellent day visits and 4x4 driving.

Escape your Kirkwood Self Catering accommodation kitchen, and eat out at the Kirkwood Chameleon Coffee Shop & Restaurant - a well known steakhouse in Kirkwood which offers hospitality from the heart, and quality food, or try the Lookout Restaurant on Main Street, Kirkwood, which offers a family-friendly menu from the simplicity of toasted sandwiches and baked potatoes, to more exotic fare such as escargot, curry tripe and kudu steak.

Other things to do and see in and around Kirkwood, Eastern Cape: