At just shy of 4000 hectares the Daan Viljoen Nature Reserve in the Khomas Hochland is probably one of Namibia's smallest game parks. But, its location 25km from the countries capital, Windhoek has made it a popular stop for travellers as well as local residents. The park provides a bush experience and an abundance of highland wildlife all within easy reach of the city.

During a severe drought in 1932, various wells were constructed and a few dams were planned. This also saw the construction of the Augeigas Dam in 1933 with a wall measuring 21.5m in height. However, after further droughts over the years, 1956 saw the last people leave and the area was divided into farms in 1961. A small section which measured approximately 1 200ha was set aside to recover from overgrazing and over utilizing and development into a game park. In 1962, a further 2 700ha was donated by the South West African government to be added to the planned game reserve. During 1966, the park was proclaimed as it is today, with a total area of 3 946 hectares.

The Augeigas Dam, and various other pools of water around the Park, are a major attraction for birds, making the park very popular with birdwatchers. Over 200 various species have been sighted. Endemics species include Ruppell's parrot, White-tailed shrike and Monteiro's Hornbill, and there is also the possibility of adding a Damara Hornbill to a bird list. The vegetation in the park includes plants such as the mountain thorn acacia, the Camelthorn tree, buffalo thorn acacia, karee, trumpet thorn and camphor bush.

The Park has no large predators, but it is home to baboons, blue wildebeest, springbok, kudu, oryx, Hartmann mountain zebra, giraffe, eland and black-backed jackal, and smaller species include dassies, porcupines and yellow mongooses. The fact that there are no large predator's means that Daan Viljoen is one of the few game parks in Namibia that can be explored on foot, with 2 well marked hiking trails in the park. The 3 km Wag n Bietjie Trail, leading down to The Stengel Dam, is an easy walk for adults. The more energetic Rooibos Trail takes hikers along The Augeigas Dam to the eastern highlands. Mountain biking is also allowed and the park is a popular spot for the capitals mountain biking fraternity. For those who prefer to keep their boots off the ground, there is also a short drivable route for those wishing to do some game viewing from the comfort of their vehicles. This 6.5 km game route does require a 4 x 4 vehicle.

Unlike some of the other game parks in Namibia, the Daan Viljoen Nature Reserve does have a good tourist infrastructure. The parks kiosk, which resembles on old farmhouse, offers guests the opportunity to stock up for their visit or for their further travels through Namibia. Beer, wine, ice, fire wood, meat and groceries can all be purchased here. There is also the Boma Restaurant and pool area is where visitors can enjoy delicious daily meals and beverages as well as just soaking up the sun. 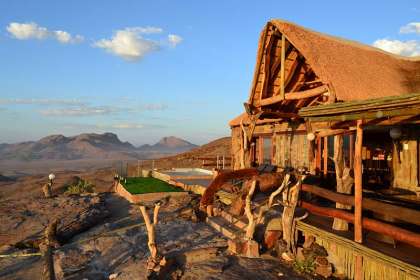 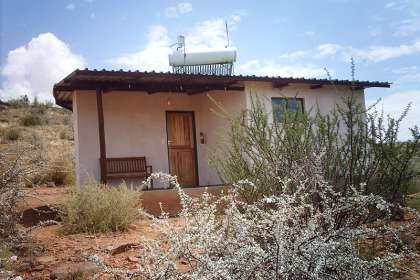 From R 600
Per person, per night sharing | Sleeps 3 adults max
* Rates may vary according to season 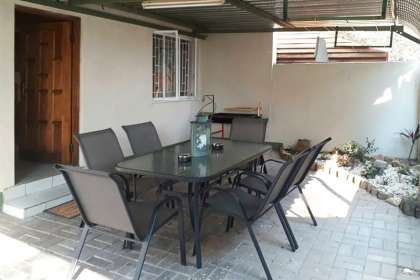 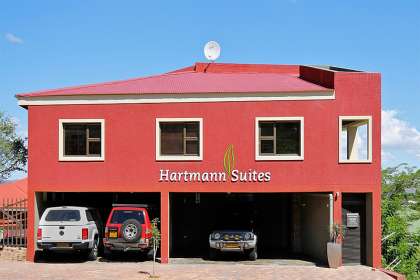 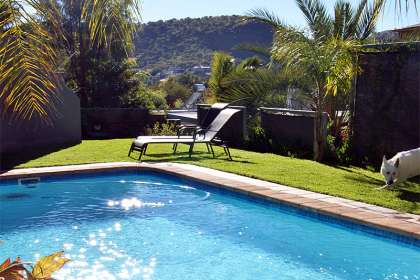 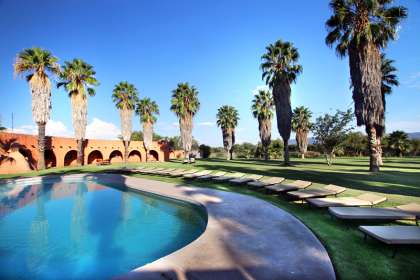 From R 1821
Per person, per night sharing | Sleeps 2 adults max
* Rates may vary according to season 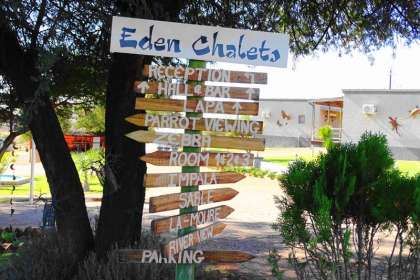 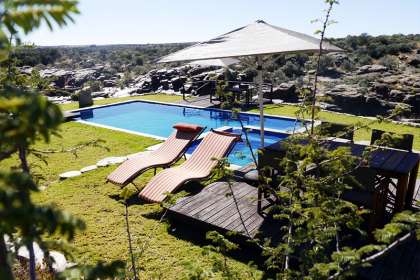