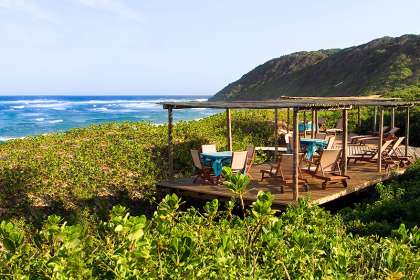 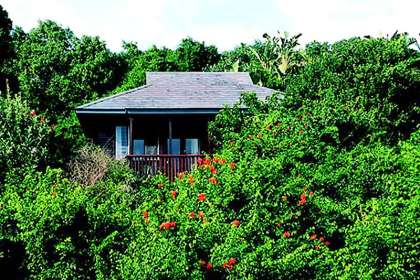 With its many exciting coral reefs and outstanding climate, Sodwana Bay has distinguished itself as one of the premier sport diving destinations in the world. 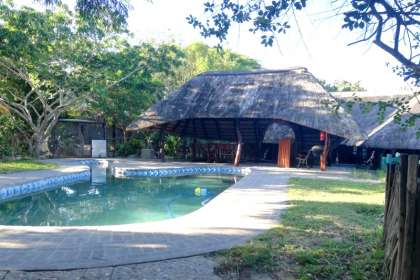 All guests can be assured of a comfortable and relaxing stay. For those who want to break away from the day to day routine we can offer scrumptious meals at our restaurant. 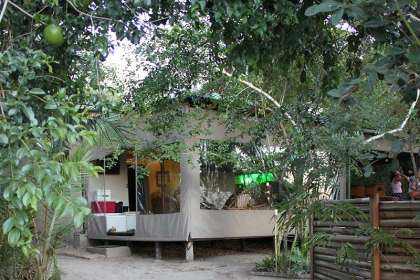 Situated in north eastern Kwa Zulu Natal on the shores of Lake Shengeza bordering Isimagaliso Wetland Park/Kosi Lakes. The natural beauty of the surroundings make for an unforgettable experience. 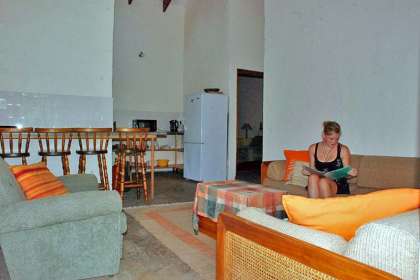 Sleeps 59 in 14 units
From R 120
Per person, per night sharing
* Rates may vary according to season

Our Toad Tree Cabins provide a number of different accommodation options for couples and families - to suit your romantic needs or your family getaway. With a choice of 5 double cabins and 2 x 4, 6 or 8 sleeper family cottages Toad Tree Cabins... 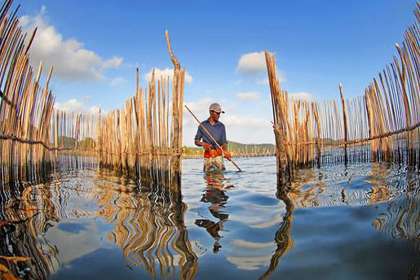 The Kosi Bay Nature Reserve lies on the coast in the northern part of KwaZulu-Natal, and surrounds the unique and beautiful Kosi Bay lake system which is part of the iSimangaliso Wetland Park. 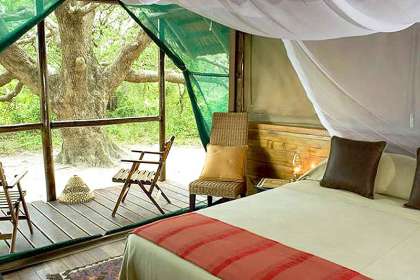 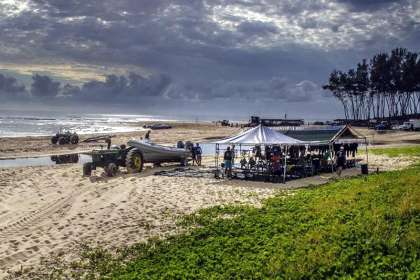 At Triton we offer all levels of scuba diver training from junior diver to advanced trimix diver and instructor courses plus all the different speciality courses and our instructors are certified with both the CMAS and PADI agencies. 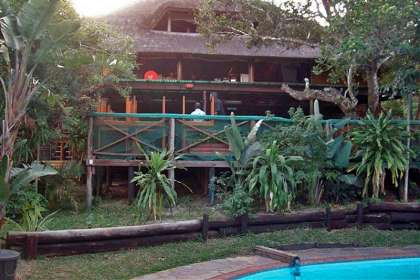 Lake Sibaya is the largest natural fresh water lake in South Africa, with a surface area of 77 km and a maximum depth of 40 m. The lake was once connected to the sea, and with the blocking of the estuary, numerous invertebrates and vertebrates were trapped in a fresh water environment. Lake Sibaya is the only permanent water in the region, and flocks of up to 20 000 waterfowl can congregate here at times. Between the lake and the Indian Ocean lies the village of Mabibi, whose reefs are home to more than 1200 species of fish. The warm waters off Mabibi attract schools of bottlenose dolphin, sharks, whale sharks and turtles.

The most attractive aspect to staying in Mabibi is its seclusion. The sheltered beach is bordered by beautiful rocky outcrops, and dune forest sweeps down to the beach. This is one of KwaZulu-Natal's most spectacular coastlines. Each beach at Mabibi has limited access so the experience is exclusive and special with miles and miles of white sand. You can spend time here scuba-diving, snorkelling, swimming and sunbathing. Mabibi and Lake Sibaya is one of the few places where you can witness the great leatherback turtle laying its eggs, and months later the newly hatched young making their way to the sea.

See our full list of Mabibi, Lake Sibaya accommodation special categories at the top of this page