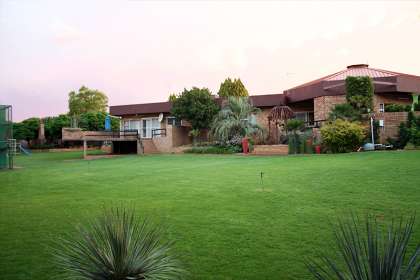 Your home away from home. We have 9 luxury rooms equipped with a spa-bath, shower, coffee and tea facilities, air-conditioning and DSTV. The Lodge also have beautiful big gardens and wild life for your viewing. 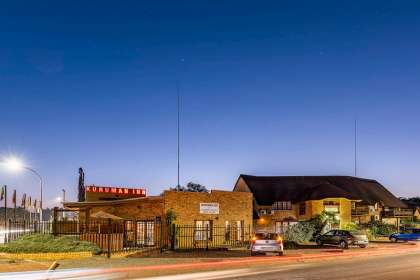 Sleeps 10 in 4 units
From R 800
Per unit, per night | Sleeps 2 adults max
* Rates may vary according to season

Instant Booking
Showing 1 to {{total}} of {{total}} results
No results
The Eye of Kuruman, a natural fountain supplying Kuruman with it's water  © South African Tourism

Kuruman is a small town in the Northern Cape, South Africa. It's population is in the region of 13000. The Kuruman name is taken from a chief named Kudumane who lived in the area. Kuruman is regarded as the "Oasis of the Kalahari" and it's easy to see why. It is famous for it's scenic beauty and more notibly for the Eye of Kuruman, an oasis which brings it's water from a spring deep underground. This spring rises up through a cave and yields between 20 to 30 million litres of water daily. It is the biggest natural fountain in the Southern Hemisphere. In the early years, Tswana people called this fountain Gasegonyane which means "small water calabash with bubbling water". The Eye was claimed to have been discovered in 1801 and this led to the establishment of the mission station in the early 19th century. The Eye then came to be described as "The fountain of Christianity".

It was at Kuruman that the first mission station of the London Missionary Society was founded by Robert Moffat in 1821. Moffat also lived in Kuruman from 1820 to 1870 where he helped build the famous Moffat Church which was completed in 1838. The church is still used for regular services. Moffat also translated the King James Bible into the Tswana language, this being the first bible translated into an indigenous southern African language.

Kuruman is situated on the main route between Gauteng and Namibia/Cape Town via Upington. The route is growing in popularity as more visitors are discovering its beauty through increased media coverage. Kuruman has relatively mild weather patterns compared to other Northern Cape towns ensuring it is an all-year-round destination.