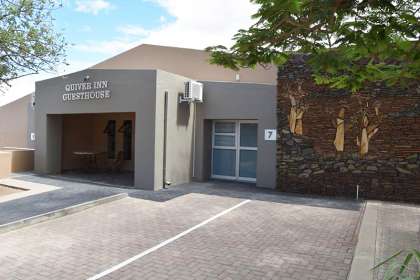 Sleeps 8 in 3 units
From R 475
Per person, per night sharing | Sleeps 2 adults max
* Rates may vary according to season

Quiver Inn Guesthouse welcomes you to the heart of the south of Namibia, it is ideally located for sleep over situated in the centre of Keetmanshoop. 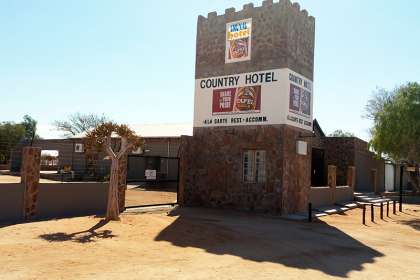 Sleeps 23 in 6 units
From R 175
Per person, per night sharing | Sleeps 6 adults max
* Rates may vary according to season

The Grunau Country Hotel has been a favourite stop over since the 1950's. Our A la Carte Restaurant prides itself in serving only the highest quality of meat which ranges from beef to locally supplied game, lamb and pork.

Now widely acknowledged as the administrative capital of southern Namibia, Keetmanshoop is a town which is perhaps best known for its astonishing Giants Playground and Quiver Tree Forest, an enigmatic destination cloaked in mystery and boasting ancient trees and towering boulders. The landscape is utterly unique and the history of the town is fascinating in itself. In 1850, the area was initially occupied by a sub-tribe of the Nama people. Later, in 1860, the Rhenish Missionary Society established a mission in the region, with the intent of religiously converting the local people. A mission station was founded and christened after its benefactor, German trader, Johann Keetman; hence the area was named Keetmanshoop, translating to the hope of Keetman. Today, the missionary church houses a museum recalling the history of the area. Architectural and cultural enthusiasts should also pay a visit to the old Post Office and the Schutzenhaus, which was built in 1907 and is thus the oldest German club in South Africa.

The Mesosaurus and Fossil and Quiver Tree Dolorite Park is undoubtedly the areas predominant attraction. Here, the famous Quiver Tree Forest can be found, hosting an incredible number of distinctive Kokerboom trees. The quiver tree or Kokerboom, is a specialised plant highly adapted to the arid conditions of the desert. It stores water in its trunk and has a longevity of up to 300 years. Its namesake stems from the fact that the San people used to use its light and malleable wood to carve quivers.

The Giants Playground is another well-known attraction, which received its name due to the towering, granite boulders that are stacked on top of each other, as if a giant was playing with them one day. Formed approximately 180 million years ago via pressed magma, water erosion and weathering, this dolerite feature attracts thousands of visitors each year, drawn to its natural wonderment.