This view down the northernmost part of the Drakensburg escarpment was taken from near Diepgelegen, north of Magoebaskloof.  © Jack Holloway, License

The Capricorn region of Limpopo Province derives its name from the Tropic of Capricorn, the imaginary geographical line that marks the southernmost latitude of the apparent movement of the Sun in the southern hemisphere's summer. The region of Capricorn is bordered in the North by the Tropic of Capricorn, in the West it follows the Mgalakwena River continuing to the Mpumalanga border which it follows until branching North from the Echo Caves to Soekmekaar. The region's position makes it a perfect stopover for travellers from Gauteng and further South to the northern areas of Limpopo Province, and between the country's northwestern areas and the world-renowned Kruger National Park. It is also in close proximity to the neighbouring countries of Botswana, Zimbabwe, Mozambique and Swaziland.

The historical and cultural attractions of the Capricorn region are varied. They include San rock art, a host of legendary characters who made history in the region, the Voortrekkers who arrived here to escape an oppressive regime in the Cape and their conflict with the locals who considered this magical region their home, and weren’t always eager to share it. Visitors will gain insight into the tapestry of human drama that unfolded on this land through archaeological evidence unearthed and preserved, the legacy left by the San in their rock art and relics preserved in the many museums and memorials of the region.

Polokwane, once Pietersburg, is the capital of Limpopo Province and situated in the Capricorn region. It is one of the fastest growing cities in the southern hemisphere. It was founded in the gold rush days of the 1880s, and has witnessed Stone Age nomads, Iron Age settlements, European migrations, wars and political upheaval. There are plenty of historical sites and attractions for the visitor, and one can visit San rock art and prehistoric ruins. One of the most notable sites near Potgietersrus (Mokopane) is Makapans Valley. Nowhere else in the world is there such a complete record of human occupation. There are bones of Ape-men over 3 million years old as well as those of extinct animals. The Cave of Hearths is thought to be the evidence of man's earliest use of fire. Close by and some 18 kms to the South of Polokwane on the N1 highway can be seen the Eersteling Monument, site of South Africa’s very first powered gold ore crushing plant.

Some of the most significant landmarks in the Capricorn region are the impressive University of the North and the Zion City at Moria. This is the seat of the Zion Christian Church, a church with the largest following in South Africa. During Easter Weekend each year, millions of followers congregate here. Years ago the open grasslands and hills of the region were inhabited by nomadic tribes. The Zulu general Mzilikazi who fled from the Zulu King Shaka, travelled through the area on his way north to establish a kingdom in Bulawayo. It is of interest that the two largest citrus estates in the world are situated about 60 km from Polokwane at Zebediela and Letaba. In the remote south-east corner of Capricorn region is an area of great scenic beauty called Sekhukhuneland, where traditional African customs are still practised in the mountain strongholds of the Drakensberg escarpment. This area offers superb 4x4 routes through unusual and dramatic mountain country.

The African Ivory Route, which has its origins in the legendary exploits of early ivory hunters and gold traders, runs through the Capricorn region. Today the route is an important ecotourism and 4x4 adventure destination much sought after by safari enthusiasts. Traversing rugged mountainous terrain and stunning wilderness areas, the route will appeal particularly to the person drawn to the African wild.

Popular Towns
Showing 1 to 2 of 2 results 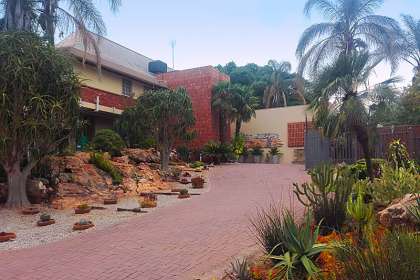 Sleeps 12 in 6 units
From R 400
Per person, per night sharing | Sleeps 2 adults max
* Rates may vary according to season

Thabeng Guesthouse offers bed and breakfast accommodation in Polokwane in the Capricorn region of Limpopo. Our bed and breakfast is situated in the suburb of Bendor to the east of the Polokwane centre. This guest house is conveniently located 1 to 3 km fr 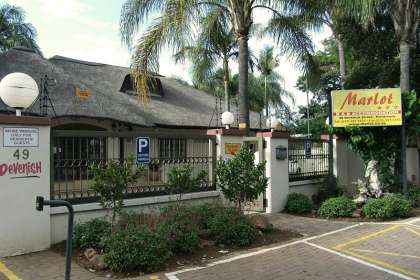 Guest Rating: 8
Graded:
Sleeps 13 in 5 units
From R 300
Per person, per night sharing | Sleeps 4 adults max
* Rates may vary according to season

Marlot Guest House believes in hospitality of the highest standard. A visit to our friendly guest house will exceed all your expectations, and you will soon become a returning guest. An unforgettable experience of service excellence and warm South...