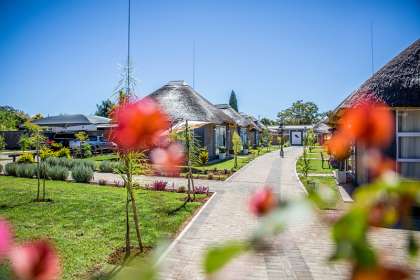 Graded:
Sleeps 6 in 2 units
From R 621
Per person, per night sharing | Sleeps 4 max (2 adults)
* Rates may vary according to season

TshiBerry Boutique Bed and Breakfast is located in Phokeng to the north of Rustenburg in the North West province. Enjoy the flowing medley of traditional village charm and cultural hospitality as your travels lead you, and your hearts desires are fulfille

Guest Rating: 7
Sleeps 59 in 23 units
From R 425
Per person, per night sharing
* Rates may vary according to season

In the shadow of the impressive Magaliesberg Mountain Range lies the beautiful and vibrant city of Rustenburg. GRAND CENTRAL GUESTHOUSE, RUSTENBURG is a new guesthouse with a homely, laid-back atmosphere and offers affordable, yet stylish extra-ordinaire 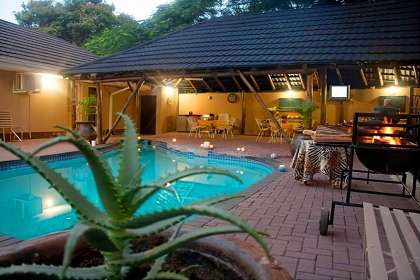 From R 425
Per person, per night sharing
* Rates may vary according to season

Rustenburg Guest House offers bed and breakfast accommodation in Rustenburg in the North West province. We have 20 meticulously clean, neat and spacious en suite rooms, which can accommodate 42 persons in total. Located in Safari Gardens, a serene and tr 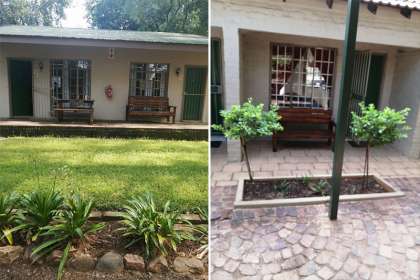 Phokeng is a town situated in the North West Province of South Africa. It lies near Rustenburg and is the capital of the Royal Bafokeng Nation. It is the heartland of the Bafokeng people. The Bafokeng people have lived there since the early 18th century. The name Phokeng got its name from the Setswana word, Phoka which means dew. That is why it is known as "place of dew".

The Tswana people who had been living there for hundreds of years were scattered among Boer farms and worked for white farmers by the mid 19th century. Several of the chiefs managed to gain help from the German missionaries and were able to buy land. Chief Mokhatle and the missionary, Reverend Penzhorn organised the purchases of the land. They began to re-establish villages and chiefdoms. Phokeng was the largest of the villages in which was known as the Western Transvaal. Some of the other villages which were scattered through the Transvaal includes: Bakwena Ba Magopa villages of Bethanie, Kgabalastsane and Ga-Rankuwa and the Bakgatla village of Saulspoort north of the Pilanesberg mountains.

Due to the villagers owning land, when platinum was discovered, the chiefdom earned revenue and the Bakwena Bafokeng of Phokeng were described as one of the wealthiest tribes in South Africa. The "reserve" that Phokeng was part of, was transformed into the "homeland" of Bophutatswana during the apartheid era.

Attractions:
One of the nearby attractions is the Kgaswane Mountain Reserve. It is situated on the slopes of Magaliesberg. There is a large variety of wildlife and it is popular amongst locals and visitors from all over. The reserve offers a great getaway with lots to do and see. There are a number of hiking trails to choose from of varying lengths and degrees of difficulty. Two of the trails run over 2 days.
The Royal Bafonkeng Stadium is another attraction in the area. It is a football, rugby and athletics stadium. It is home for Premier Soccer League Club Platinum Stars. The Leopards also host many of their matches at this stadium during the Currie Cup. The stadium also hosted matches of the 2009 FIFA Confederations Cup.