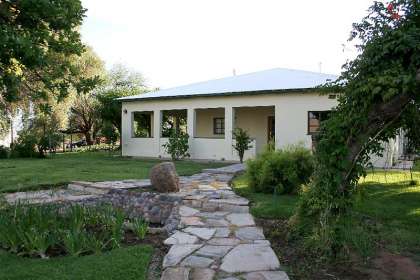 Sleeps 8 in 4 units
From R 300
Per person, per night sharing
* Rates may vary according to season

Ouma Se Huis offers self catering accommodation in Grootdrink in an area known as the Kalahari & Diamond Fields in the Northern Cape. This self catering farmhouse sleeps 8. Ouma se Huis is situated next to the N10 in Grootdrink, between Groblershoop (45km 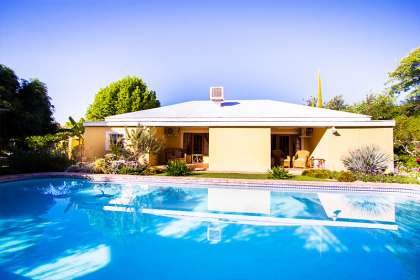 Guest Rating: 9
Sleeps 24 in 10 units
From R 340
Per person, per night sharing | Sleeps 3 adults max
* Rates may vary according to season 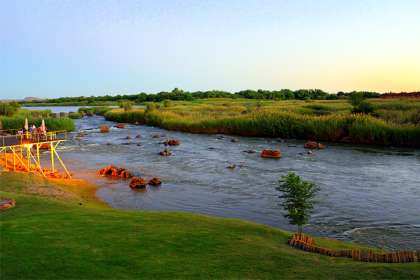 Graded:
Sleeps 88 in 31 units
From R 635
Per person, per night sharing | Sleeps 4 adults max
* Rates may vary according to season 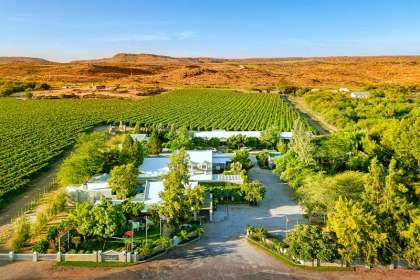 The small Northern Cape town of Grootdrink (Big Drink) lies about seventy kilometers to the east of Upington, and somewhat surprising to many, is well known as being the centre of wine production in the Northern Cape. Wine is produced along between three and four hundred kilometers of the Orange River between Prieska and Augrabies. The name is not so much an invitation to heavy wine drinkers as to the availability of water, for wineries in the area relies almost entirely on irrigation from the river. Altogether, 4500 hectares of vineyards, both for wine and grape juice production purposes, are cultivated and under irrigation.

The Orange River, also known as the "Great Gariep", has been winding its way through this region's sun-drenched landscape for eons. The wine grapes of the region originate from more than 700 producers all along the riverbanks. The most common cultivars found along the river are colombar, chenin blanc, chardonnay, ruby cabernet, pinotage, merlot, shiraz, petit verdot, cabernet sauvignon, red and white muscadel.