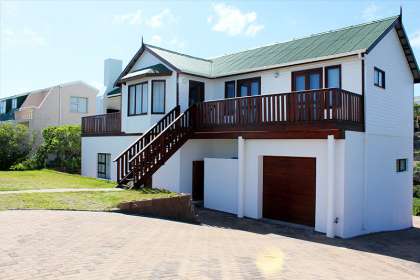 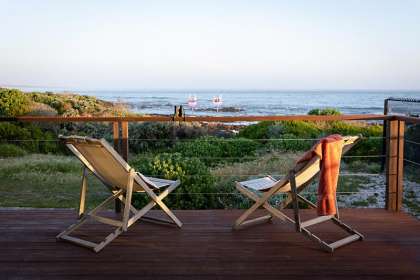 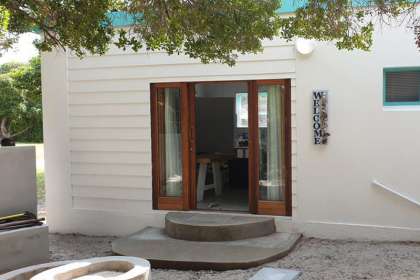 Sleeps 6 in 1 unit
From R 975
Per unit, per night
* Rates may vary according to season 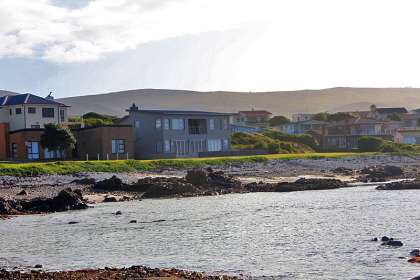 Sleeps 8 in 1 unit
From R 3200
Per unit, per night
* Rates may vary according to season

Franskraals Heaven-On-Sea provides self catering accommodation in Franskraal near Gansbaai in the Western Cape's Overberg & Whale Coast region. This self catering house (sleeps 8) has the perfect location, right on the seafront. Accommodation comprises of 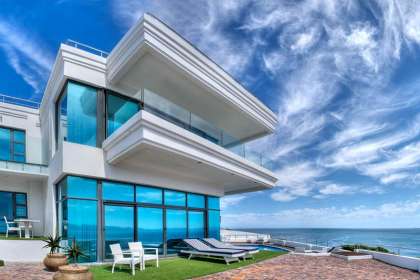 Sea Star Cliff is a luxury lodge providing guest house accommodation in De Kelders, Gansbaai in the Overberg and Whale Coast region of the Western Cape. The luxuriously appointed guesthouse was designed and decorated with luxury in mind to create a perfec 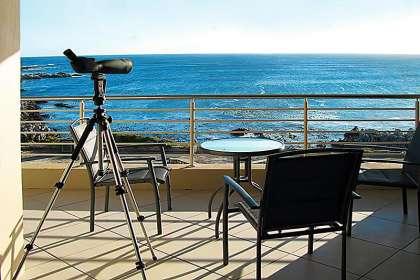 Graded:
Sleeps 6 in 1 unit
From R 1600
Per unit, per night
* Rates may vary according to season

Whale Cove A104 offers self catering apartment accommodation on the beachfront at De Kelders, Gansbaai in the Overberg and Whale Coast region in the Western Cape. Whale Cove A104 (sleeps 6) is a four-star rated, three bedroom, two bathroom luxury apartme 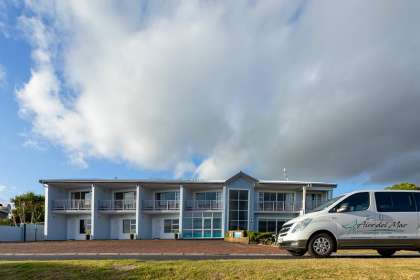 Aire Del Mar Guest House provides bed and breakfast accommodation in Gansbaai in the Overberg / Whale Coast region in the Western Cape. Aire del Mar is ideally situated in Kleinbaai (sometimes referred to as Van Dyks Bay) for the viewing of the Great Whi

Looking for a pet-friendly and child friendly getaway to the lovely town of De Kelders just outside Gansbaai? Our fully equipped self-catering house (Sleeps 4, maximum 6 with extra 2 "trundle" beds suitable for children in the lounge). 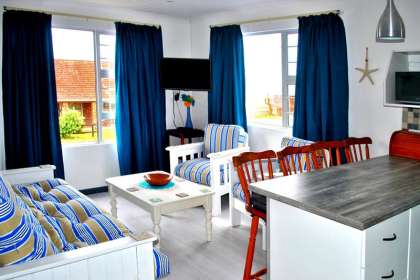 Whale Watch Accommodation is situated in De Kelders, Gansbaai, and offers quality accommodation for a family or group of friends on holiday. The house is ideal to accommodate 4 guests, however, a total of 6 guests can be accommodated at a time. The main b 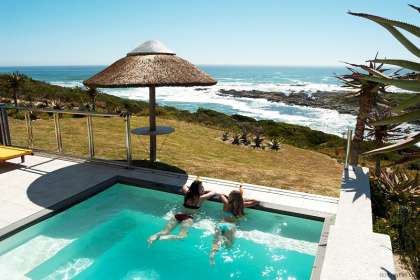 Sleeps 4 in 2 units
From R 1800
Per person, per night sharing | Sleeps 2 adults max
* Rates may vary according to season

Baardskeerdersbos is a small town in the Overberg region of the Western Cape province of South Africa and is located 20 kilometres east of Gansbaai on the Gansbaai Elim Bredasdorp road. The town lies on the southern slopes of a mountain called Perdekop (Horse Hill), at the base of the Boskloof (Forest Gorge) through which a small river flows south off the mountain. The name of the town, Baardskeerdersbos in Afrikaans or Baardscheerders Bosch in the original Dutch, literally means Beard Shavers Forest. The accepted explanation for this name is that a species of solifuge inhabits the area, and that this arachnid is referred to as a beard shaver because it cuts hair to use for nest-building.

The current church in Baardskeerdersbos was built in 1921 and is a National Monument. For a long time the village remained rural and undisturbed, but recently it has been discovered as a quiet getaway particularly for residents of Cape Town, several new houses have been built, and several more renovated.

Attractions
This little town has also attracted attracted a collection of artists and since 2008 the group have opened their homes and their hearts t various times during the year to introduce people to the local painters, photographers, sculptors, printmakers and ceramicists. One artist in particular, Niel Jonker has also added bread making courses to the mix, to give the Baardskeerdersbos Art Route an extra bit of flavour.