Nan Hua is the name of the South African branch for the Humanistic Buddhist order, Fo Guang Shan. The name Nan Hua, means Southern Flower in Mandarin Chinese and refers to the location of the Temple as well as symbolizing virtue and beauty. The Fo Guang Shan have made it their mission to spread Humanistic Buddhism to all the continents on Earth. This temple acts as the central religious and administrative office for all Fo Guang Shan branches in Africa, which includes temples and centres throughout South Africa, Malawi, Tanzania and Congo. Nan Hua is located approximately 50km east of Pretoria and 70km North East of Johannesburg, in Cultura Park, a suburb of Bronkhorstpruit. The location is very central and is only a stone-throw away from O.R. Tambo International Airport and the administrative facilities provided by major cities but still far enough to maintain a calm and peaceful environment outside the high-stress city life. The elaborate architecture and large statues of Buddha at the Nan Hua Temple are reminiscent of those seen in temples overseas and unexpected in the farmlands of Bronkhorstspruit.

The land that the temple is built on was donated to the Fo Guang Shan order by the Bronkhorstspruit City Council and the building of the temple began in October 1992 at a cost of more than R60-million. The Funds for this massive undertaking were provided by the order and the large Taiwanese community in South Africa. The Chinese Buddhist Centre developed as an educational and cultural complex with an ethos to engage with and assist communities.

The Temple hosts traditional Chinese Dharma Functions and major Buddhist events, along with Western and Eastern Retreats. Because the order is a non-profit organization they operate on donations made towards the spreading of Buddhist principles in South Africa as well as the drive to ease the suffering of people and promote a peaceful, moral life. This donation drive is called Dana, or generosity, and plays an important role in the 2500-year-old Buddhist tradition.

There are five aims of the Nan Hua Temple. The first is to propagate Dharma, Teaching the methods of the Buddha so that people may leave suffering behind and gain joy, to bring true joy to the sentient beings of Africa. Secondly is Sangha liberation, Educating local people to be monastics, planting the seeds of the Bodhi Way (path of wisdom) in Africa. Thirdly is Ordination, passing down the Buddhas' precepts for liberation and giving refuge to both monastics and laity. Fourthly is the translation of scriptures from the Chinese Tripitaka (scriptures) into local languages so that Africans also have access to them. And finally, the construction of temples.

The Fo Guang Shan state that although they are not a hotel and insist on maintaining their strictly vegetarian diet and prohibition of all alcohol, meat products and recreational drugs on their premises, they believe that many groups coming from disciplines that demand a high moral and ethical standard will feel most welcome in their beautiful Temple. 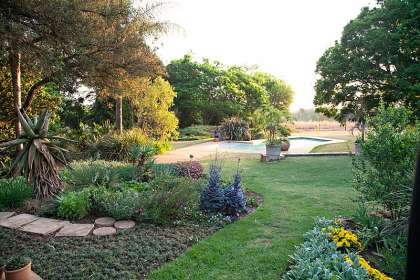 Guest Rating: 9.6
Sleeps 8 in 2 units
From R 420
Per person, per night sharing
* Rates may vary according to season

Pearl Guest House offers self catering accommodation in Donkerhoek approximately 20 km east of Pretoria. We are near the N4 highway and several popular wedding venues and function/conference centres. The guest house is situated on a portion of the origina 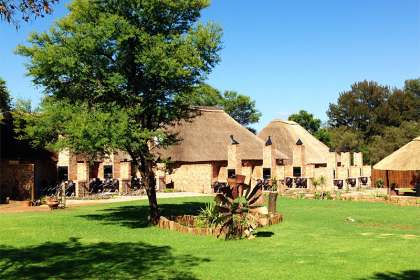 Riverside Kaia offers guests self catering accommodation in Donkerhoek in Pretoria East. Situated in the historic Donkerhoek and Diamond Hill area outside Pretoria along to N4 Highway towards Witbank. Riverside Kaia is on a 25 Ha farm along the Rhenosterf 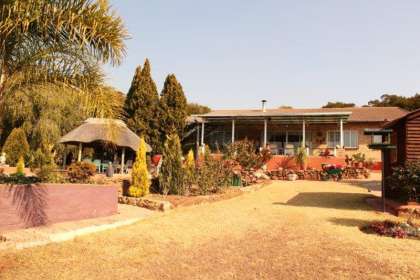 Guest Rating: 9
Sleeps 10 in 3 units
From R 375
Per person, per night sharing
* Rates may vary according to season 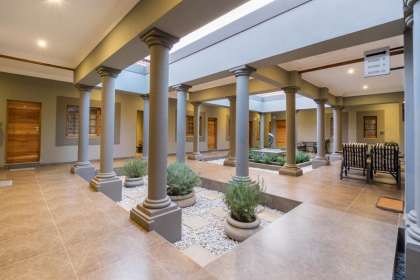 Room Only / Limited SC in Pretoria

Guesthouse @ 56 is an elegant country guesthouse in Mooiplaats, Pretoria. The guesthouse is conveniently situated in the Mooiplaats area, south east of Pretoria, and just 4 km from the M6 and 6 km from the Silver Lakes Estate and Golf course. Our 7 semi-s 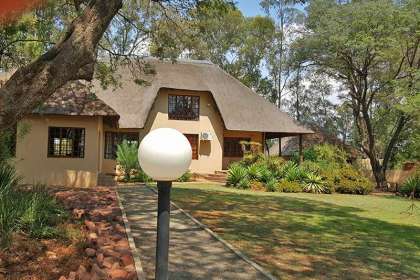 Guest Rating: 7
Graded:
From R 200
Per person, per night sharing | Sleeps 8 adults max
* Rates may vary according to season

.Ma Tala Tala Wildlife Reserve offers bed and breakfast and self catering accommodation in the Dinokeng South area just north of Pretoria and Cullinan. Accommodation is available in the form of 12 chalets and an executive suite within the main building. I 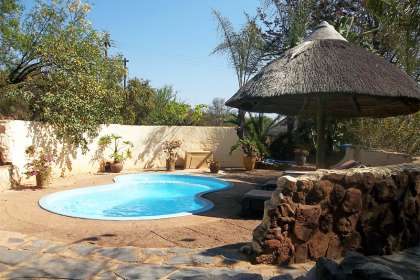 Guest Rating: 7
Sleeps 16 in 5 units
From R 999
Per unit, per night
* Rates may vary according to season 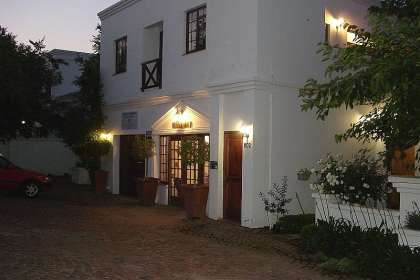 Sleeps 14 in 6 units
From R 370
Per person, per night sharing
* Rates may vary according to season

Oxnead Guesthouse provides bed and breakfast accommodation in Moreleta Park in Pretoria East. This beautiful establishment with its Cape Georgian style is one of the first guesthouses established in Pretoria. Oxnead still offers a comfortable and highly r 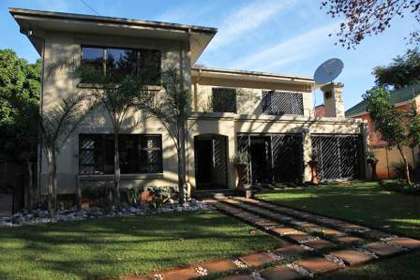 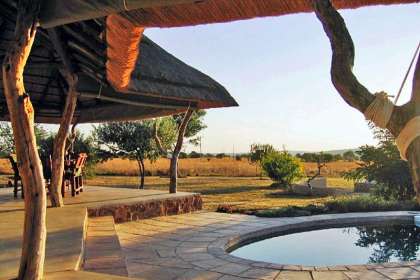 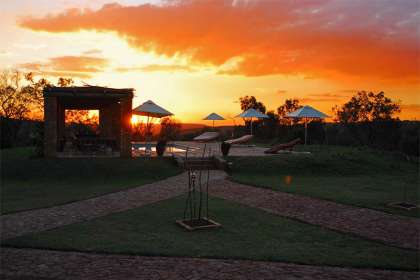 Guest Rating: 7
Graded:
Sleeps 47 in 7 units
From R 915
Per unit, per night
* Rates may vary according to season

KwaThabisile Game Lodge offers self catering accommodation in the Leeuwkloof Valley Conservancy in the Dinokeng area, north of Pretoria in Gauteng. There are 7 self catering units (11 rooms in total) where we can accommodate up to 45 people comfortably, d