Nearby Towns
Nearby Points Of Interest
The Storm's River Bridge in the Garden Route National Park  © Anagoria, License

Established in March 2009, the Garden Route National Park covers about 1210 km2 of land - 605 km2 of this is indigenous forest. The park forms part of both the Western and Eastern Cape and is a popular tourist destination.

It would take you a lifetime to explore the entire park, so boredom is not something you need worry about whilst visiting. There are plenty of exciting hiking options to choose from which provide some of the most breathtaking scenery South Africa has to offer. If you're not keen on working up a sweat, you can choose to lounge on the beach while you listen to the waves crashing on the shore.

The Garden Route National Park is a birding paradise with 371 species of birds for you to spot. Of these birds, 45 species are vagrants and are not seen very often - but maybe you'll be one of the lucky few? 22 species of raptors have been spotted here, including the Crowned Eagle and the African Cuckoohawk. The KnysnaTuraco and the Narina Trogon are two of the most sought after species for bird watchers and can be easily heard and sometimes seen here.

The forest is also home to Bushbuck, Blue Duikers, Common Eland, Vervet Monkeys, Savanna Baboons, Cape Clawless Otters and Dassies. The park is also one of the best locations for whale watching, with no fewer than 15 species of whales and dolphins to be found.

Address:
Dumbleton road, Wilderness, 6560
Most people drive along the N2 highway north from Cape Town or south from Port Elizabeth. Another option is to fly to the town of George and hire a car.

When to visit:
Any time of the year is spectacular, but September is when the flowers start blooming and it is particularly pretty. Remember to take a raincoat with you, as the Garden Route experience rain all year round. 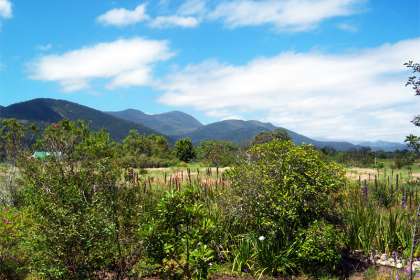 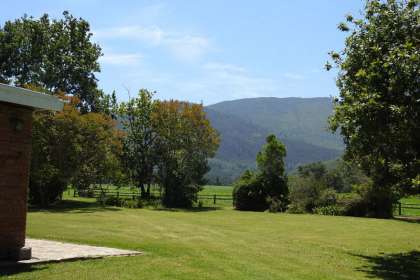 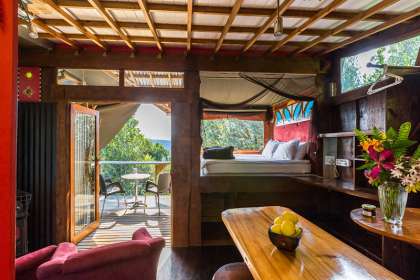 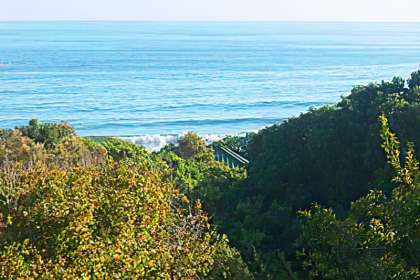 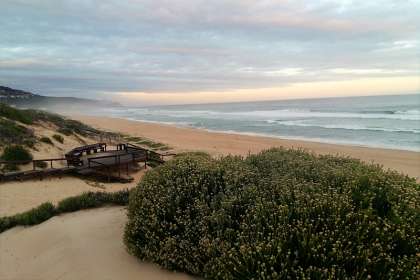 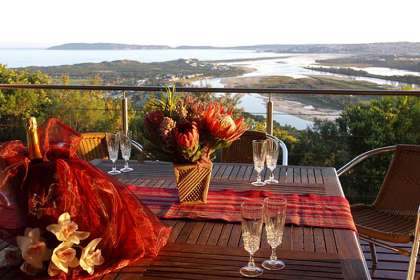 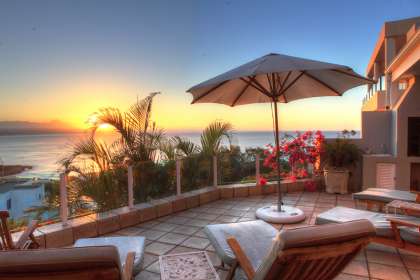 Sleeps 14 in 6 units
From R 1050
Per person, per night sharing | Sleeps 2 adults max
* Rates may vary according to season

Ocean Watch Guest House is perfectly nestled against the coastal hillside of the beautiful Plettenberg Bay, an ideal spot to enjoy whale and dolphin watching. 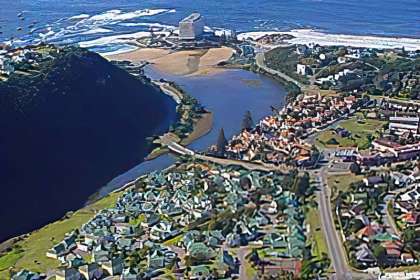 The River Club Villas is a sought after complex in Plettenberg Bay. This well appointed open plan 3 bedroom all en-suite garden unit is ideal for the family getaway. Only 10 minute walk to Beacon Island beach. 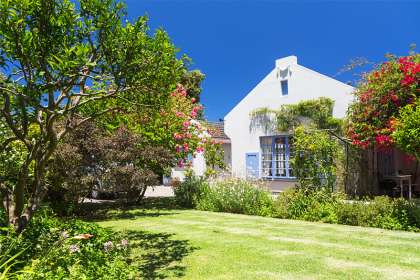 Graded:
Sleeps 17 in 8 units
From R 1020
Per person, per night sharing | Sleeps 2 adults max
* Rates may vary according to season 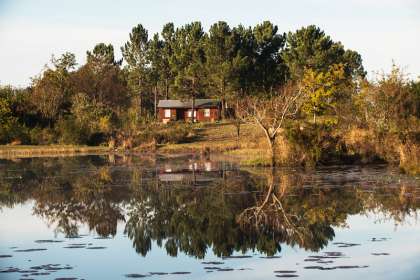