Paradise Valley Nature Reserve is situated along the Umbilo River, and covers an area of 100ha. The reserve offers a number of graded trails, and picnic and braai sites on the banks of the river. The reserve sees thousands upon thousands of people passing through it everyday, making it surely one of the most visited reserves in the world. However most of the human traffic through the reserve moves along the Paradise Valley viaduct which connects the M13 and the N3 highways, fifty meters above it. The Paradise Valley Nature reserve features a number of scenic picnic sites, public toilets, braai facilities, a car park and a visitors centre a beautiful waterfall, and a wide variety of fauna and flora , as well as much local history with about 80 mysterious burial mounds to be found there.

The reserve also offers visitors a variety of hiking trails which criss cross the area, and one which leads to Durban's first water works which dates back to 1887. Back in the old days Durban relied on spring water and wells for its water supply, but as the town expanded it became necessary to build a waterworks to meet the demand. The municipality decided to construct a dam on the Umbilo River, and in 1884 purchased 19 hectare of land just upstream of the Umbilo waterfall. A storage dam with a capacity of 150 million liters, with an adjoining 27 megalitre settling dam were completed in July 1887, with 177cm pipes carrying water 12 km to the Umbilo waterworks. Materials needed for the massive project were delivered to Pinetown Bridge station (later known as Sarnia station) in Stapleton road. The remaining three kilometres was covered by ox-wagon along a gravel road specially built for the project.

The building of the dam served the small area of Pinetown whose population was only 300 in the late 19th Century rather well. Durbanites would catch the train to Pinetown Bridge and then make their way down to "The Waterworks" for a day's picnicking, boating, fishing, and hiking. Then, a short time later in 1905, a massive flood came that absolutely destroyed Durban's Umbilo dam. In a space of just 15 hours almost half a meter of rain fell, and large amounts of debris blocked the river at Pinetown Bridge. The remains of railway bridge which can still be seen in Stapleton Road near the block factory, eventually gave way and the enormous volume of water rushed on to the storage dam, which collapsed and unleashed 150 megalitres of water. The resulting tidal wave killed hundreds of people and destroyed many homes on the lower Umbilo riverbanks. By then, Durban had sourced alternative water supplies so the dam was abandoned and never rebuilt.

Today Paradise valley nature reserve is home to a variety of wildlife which includes bushbuck, blue duiker, water mongoose, slender mongoose, otter, and numerous species of bats and birds. In 1928 more history of the reserve was recorded when the famous Huberta the Hippo made her way through it. Huberta set of from St.Lucia, passing through Stanger as she moved southwards. After four months the hippo reached Durban North, and continued for another month until it was said that she had reached the Umbilo Waterworks. Her journey had captured the imagination of the entire country, and so two local police officers decided to pay the area a visit to investigate. They located Huberta, and managed to take a few photographs, before she took offense and charged them. 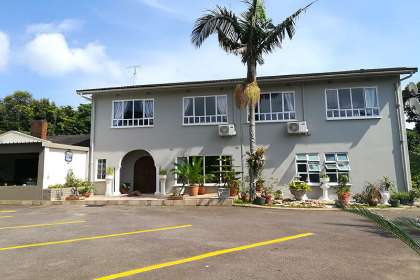 Manor lodge has become one of the most popular destinations for business travelers when visiting Pinetown. This owner managed lodge offers well-appointed, tastefully decorated rooms 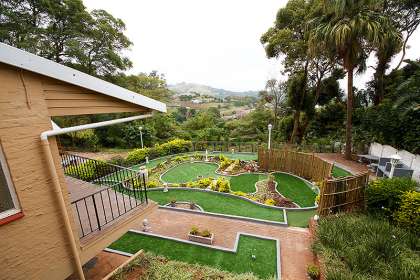 Guest Rating: 9
From R 350
Per person, per night sharing
* Rates may vary according to season

Pinetown Lala Land , is situated in the afluent suburb of Manors in Pinetown. It has 7 bedrooms all en suite with private entrance. All rooms have television with selected DSTV channels, airconditioner , free wireless internet. The rooms are well equip 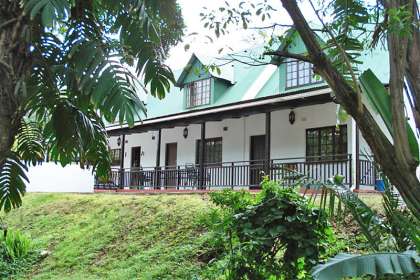 Guest Rating: 9.2
From R 350
Per person, per night sharing
* Rates may vary according to season

La Familia Guest House is without a doubt, the number one choice of business travelers when they come to Pinetown. We cater mainly for the corporate market, and to meet their requirements. 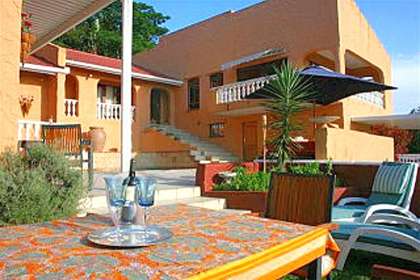 Guest Rating: 7
From R 350
Per person, per night sharing
* Rates may vary according to season

Villa Valencia is a Spanish style house, 5 rooms en-suite (bath or shower). Double or twin beds. Each room has a television, ceiling fan, heater. Private outside entrance to each room and BBQ facilities with patio and balconies. Daily breakfast ... 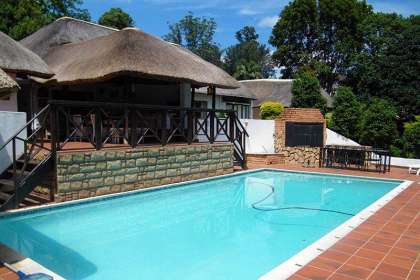 Sleeps 8 in 4 units
From R 850
Per person, per night sharing
* Rates may vary according to season

Two luxuriously appointed en-suite bedrooms each with their own entrance... the deluxe suite offers the ultimate with a spa bath. Each room has every possible comfort with celing fans, heaters, hospitality tray, soft percale linen, heated ... 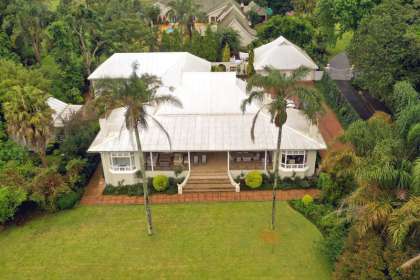 Guest Rating: 10
Sleeps 12 in 5 units
From R 610
Per person, per night sharing | Sleeps 3 adults max
* Rates may vary according to season 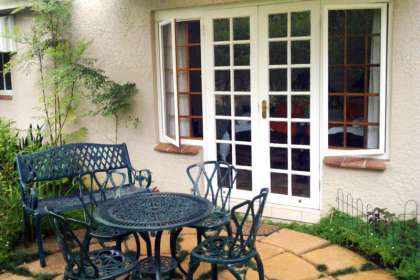 Situated in the heart of Kloof, a leafy, upmarket suburb near Durban in Kwa-Zulu Natal, South Africa, is a new 1 bedroom self-catering cottage perfect for a short business trip, stop-over or as a base from which to explore. 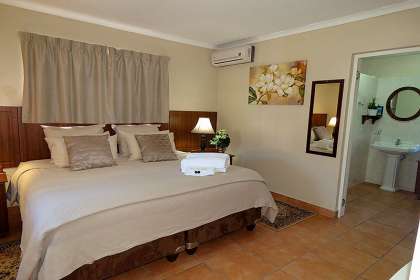 Sleeps 8 in 4 units
From R 500
Per person, per night sharing
* Rates may vary according to season 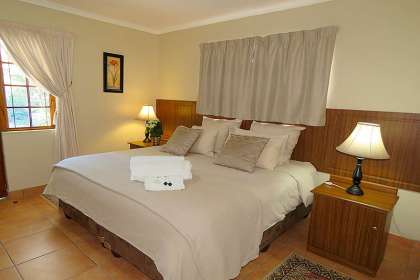 Guest Rating: 10
Sleeps 8 in 4 units
From R 500
Per person, per night sharing
* Rates may vary according to season

Butterscotch B&B offers bed and breakfast accommodation for the Pinetown, New Germany and Westmead areas. The B&B is close to Durban, in the beautiful up market suburb of Cowies Hill. The B&B is situated 12 km from Durban and 4 km from the Pinetown CBD. 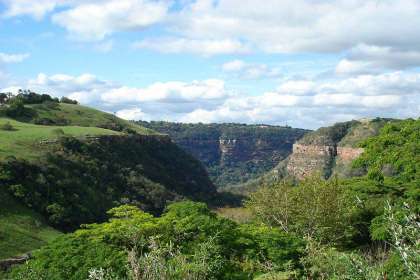 Graded:
Sleeps 6 in 1 unit
From R 650
Per person, per night sharing
* Rates may vary according to season

Eagles View bed and breakfast has a four star grading and welcomes you with three double bedrooms offering every comfort. All rooms have views and accommodation includes bath and shower en-suite, flat screen TV in each room, and ducted ...