The Lotheni Nature Reserve is situated within a remote section of the Ukhahlamba Drakensberg Park and is noted for its magnificent scenery and beautiful camp. Visitors to the area are provided with many scenic walking trails, which are suitable all ages. The Emadundwini Trail is a circular route covering 11.8km, crossing a number of small streams and traveling up a steep incline. This trail is highly recommended as it allows for spectacular views of the Drakensberg. Other trails in the Lotheni Nature Reserve include the Eagle, Falls, Canyon, Jacobs Ladder and the historically interesting Gelib Tree Trail.

The Gelib tree stands in the reserve as a reminder of an incident which occurred during the second world war, near the Ethiopian settlement of Gelib. An officer of the 1st Royal Natal Carbineers named Captain Charles Eustice, who fought in what was then Italian Somaliland, collected a few seeds of an Acacia tree. The seed was planted by Eustice many years later on his farm which became part of the Lotheni Nature Reserve. The seed was planted in memory of thirteen carbineers who were ambushed during the campaign to capture Gelib, which was held by Italian forces at the time.

Wildlife to be seen in the park includes such species as common and mountain reedbuck, grey rhebuck, eland, grey duiker and oribi. There is a diversity of birds, which includes black storks, black eagles, bearded vultures, lanner falcons, Cape vultures and giant kingfishers, to name but a few. Birdwatching in the area is also a popular activity amongst visitors, with a bird list of 172 species. A Mountain biking trail is also featured in the reserve. Approximately 14km long and rated as moderate in difficulty, the trail travels past the historical Gelib Tree site and returns along the tarred road. On a good warm day it's essential to stop for a swim at the magnificent Cool Pools. Trout fishing at Lotheni has also gained much popularity, with 16kms of the Lotheni river stocked with brown trout, and available for fly fishermen to test their skill. Although somewhat chilly, swimming in the Lotheni River is safe unless it is in flood , and there is a very good swimming spot approximately 1km below the camp. 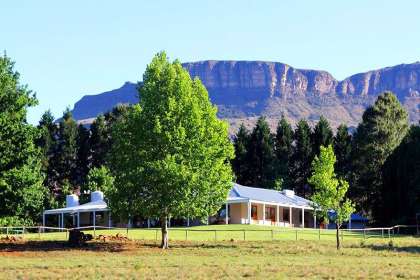 Guest Rating: 8
Sleeps 14 in 1 unit
From R 450
Per person, per night sharing
* Rates may vary according to season

This beautiful ranch is set on 24ha of property, with the picturesque Little Mooi River meandering through the fields.With horses, blesbok and Nguni cows grazing in the paddocks, it is a nature lovers dream. 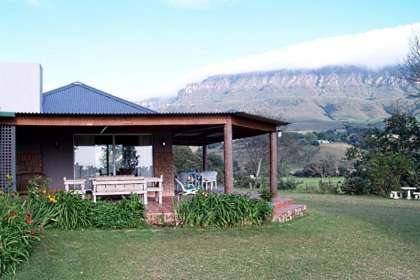 Sleeps 12 in 1 unit
From R 450
Per person, per night sharing
* Rates may vary according to season

Kamdun Lodge is situated on 26 hectares of land at the base of Mount Lebanon in the beautiful farming community of the Kamberg Valley, 40Km from Nottingham Road, near the Giant's Castle area of the Central Drakensberg. 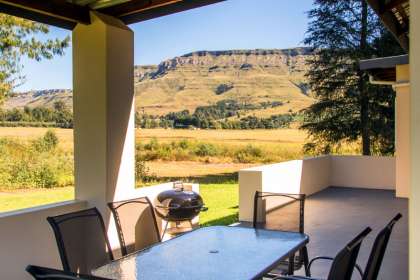 Kamberg Valley Hideaway is a 27-hectare small holding located in an un-spoilt part of the Drakensberg Mountains. The property has a small pond which is surrounded by reeds and active bird life as well as a main dam that is stocked with rainbow trout and.. 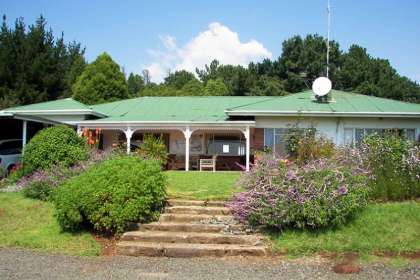 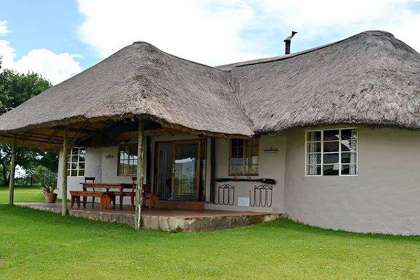 Sleeps 22 in 2 units
From R 350
Per person, per night sharing
* Rates may vary according to season 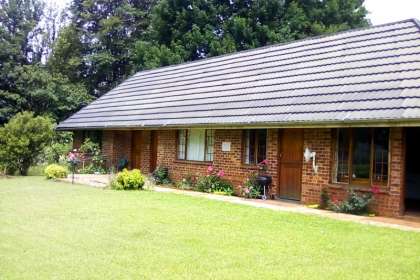 Guest Rating: 10
Sleeps 4 in 2 units
From R 150
Per person, per night sharing
* Rates may vary according to season

Self Catering Rooms With Communal Kitchen in Himeville

North End self-catering offers two separate spacious bedrooms each with its own en suite bathroom. Each bedroom has its own coffee station and comfortable chairs. 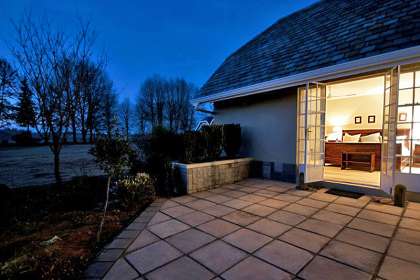 The Accommodation comprises elegantly furnished rooms, all with bathrooms en-suite. Choose from standard double rooms, a junior suite and two executive suites. Our rooms and bathrooms have under-floor heating to keep away the winter chill. 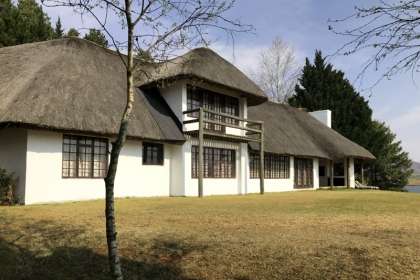 Rivermead is a magnificent thatched house situated on a 120ha dam just outside Himeville. The house offers self catering accommodation for up to 13 people. It sleeps 8 people in four bedrooms and a further 5 in a huge loft room.

Graded:
Sleeps 15 in 6 units
From R 1160
Per person, per night sharing | Sleeps 2 adults max
* Rates may vary according to season

Malachite Manor is a 'one of a kind' luxury Guest Lodge situated on the outskirts of Underberg rated Superior by the AA. It is an ideal getaway for discerning Guests.