The recently launched KwaZulu Natal Beer Route offers both beer connoisseurs, and interested travelers the excellent opportunity to look into the wonderful world of beer brewing. The Beer Route allows travelers a series of stops at nine small breweries in the province of KwaZulu Natal, giving them the opportunity to experience the majestic surrounds of the Zulu Kingdom, as well as embarking on a quest for the perfect beer.

The route kicks off from Durban, and makes its first stop at the The Firkin Hophouse Brewery, which is located on the roof level of the well known Pavillion shopping centre in small town of Westville. The Firkin Hophouse Brewery offers a choice of four varieties of beer, which are brewed right on the premises. The brewing kettles form part of the pub's décor, and a full fifteen minute tour and explanation of the brewing process is available. The alcohol level of the beer produced at The Firkin Hophouse Brewery is between three and five percent, and is brewed for a period of between six to eight weeks. Between thirty and forty percent of the malt used at Firken, is purchased from SAB (South African Breweries), while the remainder comes from England, and the hops come from George in the Western Cape.

* Oscar's Hophouse Larger-which is mild in taste.
* Pale Ale- which is a lighter beer, with a malty taste and is one third bitterer than the larger.
* Bishop's Bitter - the name says it all.
* St Patrick's Porter is a dark beer very similar to Guinness, but not as heavy.

To experience the inner workings of a large scale brewery, the next destination of the route is the South African Breweries (SAB) in Prospecton, which is the third largest brewery in the world. This is one of the most modern breweries in the southern hemisphere, and there are guided tours offered on a daily basis. SAB Ltd is the South African arm of the SAB Miller group, which is the second largest brewer in the world, and Prospecton benefits from the expertise that being part of such a successful company brings. The Prospecton based operation brews more than four hundred million liters of Castle Lager, Castle Milk Stout, Castle Draught, Castle Lite, Hansa Pilsener, Amstel Lager and Redd's Premium Dry and Cold annually.

A visit to the United National Breweries in Congella, will provide visitors with insight into the production of sorghum beer, which is the traditional African beer made from wheat and maize. This is the original home of the Sorghum Brewery in Dundee, and is also the world's largest sorghum brewery, with an annual production of between seven and nine million liters. Sorghum is the basis of a very viable, nourishing drink for the mass market. The Brewery also features a small pub with snacks and beer tasting.

The scenic town of Wartburg which was founded by German settlers is another featured destination along the KwaZulu Natal Beer route. The German owner of the Warburger Brauhaus takes immense pride in the beer which he brews. The entire setup of the Wartburger Brauhaus was imported from Germany, and the small brewery is located in the cellar of the hotel next door to the pub. The brewery lives up to its name, with only two hundred litres of pure beer brewed per week. All the ingredients are imported directly from Germany with the only exception being the water, which comes from from the local area. Brews produced here include the Wartburg Brauhaus Helles, and the Wartburg Brauhaus Marzen.

The Nottingham Road Brewing Company is situated on the Rawdons estate in the KwaZulu Natal midlands, and is well known for producing some of the finest beers available, with names like Whistling Weasel Pale Ale, Pickled Pig Porter, Pie-eyed Possum Pilsner and Tiddly Toad Lager. These popular draughts are made from secret recipes and use pure spring water, and adhere strictly to the traditional German brew-master technique. Once bottled, the beer is drinkable for up to 6 weeks.

Other breweries on the Beer Route include the IJuba-United National Breweries in Dundee, where a small depot of the United National Sorghum Breweries (UN Breweries) can be found. Here, in direct competition with the larger breweries, Zulu beer brewing is carried out to produce Ijuba, which means "Dove" in Zulu.This fresh, sorghum beer is only bottled in plastic containers, of which eighty percent is sold in twenty liter barrels, and the remainder in two liter and eleven liter bottles. As fermentation is still in progress even after bottling, the cap has a small hole in it, preventing the containers from bursting.The IJuba-United National Breweries has about 100 workers producing and distributing some 85 000 litres daily, and this forms only a small part of the demand.

The Shongweni Brewery located in the Valley of a Thousand Hills, produces a range which is inspired by the traditional brewing process of various European, American, and British beers. The brewery uses live yeast, which produces bottle-conditioned beer. This results in a beer that it is made in a similar way to champagne. Bottle conditioned beer can also be stored as one does with wine, and over time, the flavours will develop producing beers of amazing complexity and taste, with a shelf life of at least a year.

The Shongweni Brewery's Range consists of the following beers:

The Flagship brew is the Robson's East Coast Ale- a smooth, lively and refreshing golden ale.

Robson's Wheat Beer- based on some of the oldest brewing recipes from Europe. The unmalted wheat makes up almost half of the mash and Hallertau and Saaz hops are used.

Robson's Fruit Beers-influenced by the monastic brewers from Belgium. The brewery uses malted barley and unmalted wheat combined with Hallertau and Saaz hops. Depending on seasonal availability one might find them producing pineapple, mango, strawberry, or raspberry beers, by using whole fruits in the brewing process. The beers vary in strength from between 3.7% and 4%.

Robson's Durban Pale Ale - inspired by the original Indian Pale Ales produced in Britian and shipped to India for consumption by the soldiers and bureaucrats. Durban Pale Ale has been adapted to suit the South African palate, and is slightly sweeter than most IPA's but is well balanced by a rounded bitterness and is 5.7%ABV.

Robson's West Coast Ale- a Californian style beer, first seen at the time of the Gold Rush in the mid 1800's. The brewery uses two types of malt,as well as American hops and a special strain of yeast, resulting in a beer which combines the rich fruitiness of an ale and the thirst quenching character of a lager.

Zululand Brewing Company in Eshowe is located at The George Hotel where its beers are available on tap at The Happy George Bar. The brewery is the smallest on the KZN Brew Route. All the natural ingredients used in their range, are from South Africa and abroad creating a perfect recipe of barley, wheat and hops to create the right taste and aroma we want from our hand crafted beers. The brewery is capable of producing a maximum of three thousand liters a month in batches of three hundred liters. 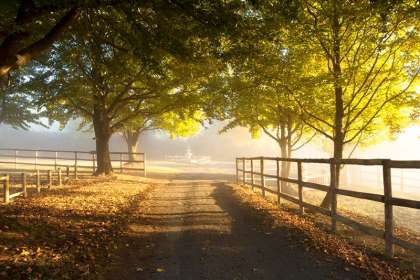 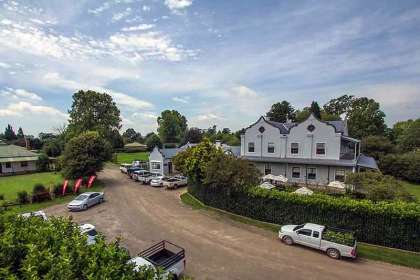 Sleeps 48 in 24 units
From R 995
Per person, per night sharing | Sleeps 2 adults max
* Rates may vary according to season 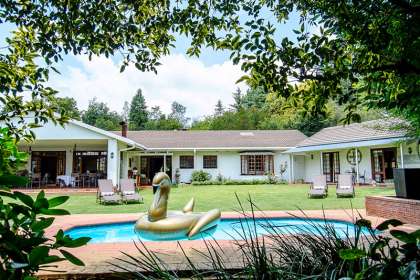 Loxley House Offers an exceptional standard of accommodation - all 15 suites are garden-facing, en suite with either with bath/shower or bath and separate shower, with a choice of either twin or king beds 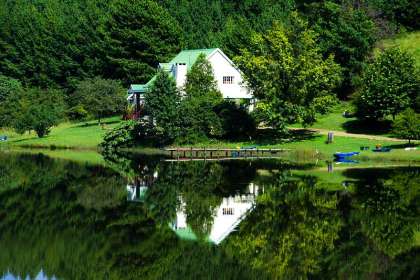 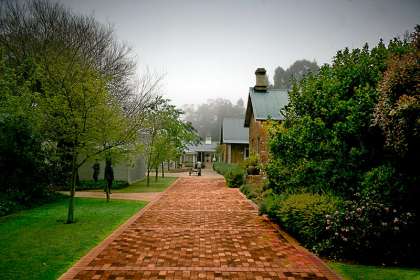 Sleeps 68 in 28 units
From R 1550
Per person, per night sharing
* Rates may vary according to season 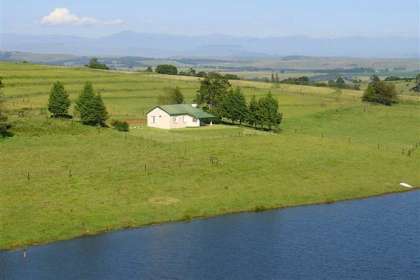 Guest Rating: 10
Sleeps 6 in 1 unit
From R 300
Per person, per night sharing
* Rates may vary according to season 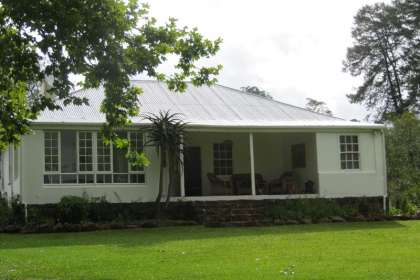 Burnside Lodge is in a prime location on the Midlands meander, close to many good restaurants, Nottingham Road, Michaelhouse school and Bosch Hoek golf course. It is newly decorated, with great attention to detail. The main house has 3 queen sized ... 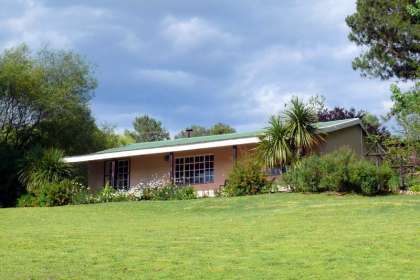 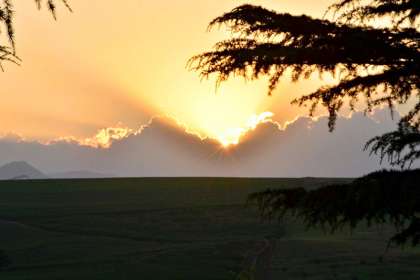 Sleeps 14 in 5 units
From R 700
Per person, per night sharing | Sleeps 4 adults max
* Rates may vary according to season

Glen Ormond is a 6 hectare property, elevated above the Mpofana River between Rosetta and Mooi River in the picturesque and serene Natal Midlands. There are abundant wildlife species which move freely through the properties in the region. 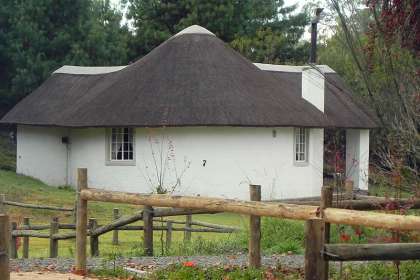