Zebra on the plains of Ohangwena  © Brian Holsclaw, License

One of the smallest yet most densely populated of Namibia's 14 regions is the Ohangwena Region in the far north of the country. The region runs along the Northern border with Angola as well as four of the other regions, namely, Kavango, Oshikoto, Oshana and Omusati. The regions capital is the town of Eenhana which once served as the military centre for the South African Defense Force. Eenhana is situated in a picturesque tropical forest area where the main commercial activity is cattle farming. Cattle farming along with agriculture are the two mail activities contributing to the region's economy.

Eenhana is connected to the extension of the Trans-Caprivi Highway which passes through the town connecting Eenhana to Rundu, Katima Mulilo and Victoria Falls Livingstone in the east and to Ruacana and Epupa falls on the west via the Okalongo Outapi road. Some of the other attractions in and around the town include the Oukwanyama Kingdom and King Mandume Musseum at Omhedi, a Community Conservancy at Omauni, as well as the Ondeshifiilwa Memorial site.

Tourists can experience the Kwanyama culture by visiting the town of Helao Nafidi. There are also a couple of other activities in Helao Nafidi, including some that the whole family will enjoy, such as the Annual Trade Show, Cultural Villages and hiking and biking trails. 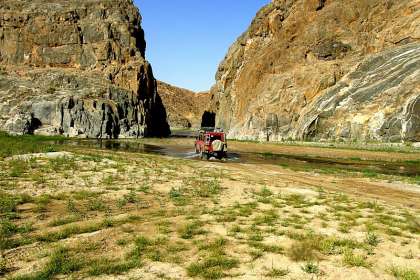