The Hantam Karoo and Upper Karoo regions of the Northern Cape are bounded on three sides by the provincial boundaries and the Orange River. 250 million years ago the Hantam Karoo was a vast inland sea surrounded by primeval forest, lush vegetation and huge mammals. After the breakup of Gondwanaland the region slowly turned into the arid semi-desert we find today. The whole region is renowned for its completely unpolluted skies and the magnificent view of the heavens at night, making it the perfect setting for South Africa's Astronomical Observatory. The area is a region of wide-open plains dotted with rugged mountains and koppies. Wild life and beautiful flora abound, and there are a number of recognized 4x4 trails dotted about throughout the region. The Upper Karoo is more barren than the Hantam Karoo, but both areas explode into brilliant colour with the onset of the summer rains. The Tankwa Karoo National Park, to the west of Sutherland, is the driest place in South Africa.

In the East of the Hantam Karoo and Upper Karoo region the visitor will find numerous deserted towns which had originally sprung up at the time of the diamond rush in and around Kimberly. Diamonds have long since petered out, though there can still be found a handful of persistent miners who spend their time sifting through gravel in the hope of finding that elusive stone. I remember once taking a wrong turn and ending up in a tiny village where the miners were on their stoeps on a late Friday afternoon sipping beer. It was just as if I had stepped back in time by eighty or more years.

Just outside the town of Carnarvon at Stuurmansfontein can be seen some fine examples of corbelled houses. The first corbelled buildings were erected in the early 1800s and served as homes for the early pioneers. They are similar to buildings known to have existed in France, Italy and Portugal and are built with flat stones cemented together with a mixture of straw and mud.

The principal town of the Upper Karoo is De Aar, which has become the central distribution point for the succulent Karoo meat, unique in flavour and quality. The town is an important rail junction for Johannesburg, Cape Town, Port Elizabeth and Namibia. De Aar is famed for its generous hospitality.

A few kilometers to the East of De Aar is a fine example of a Karoo dorp from the past - this is Hanover. This small Karoo town was established in 1854 on a farm belonging to a man called Gous and named after one of his ancestors. When the first houses were built they were compelled to be built directly on the edge of the main road with their gardens at the rear. Owners had to pay a shilling a year tax for the priviledge of having a stoep at the front of the house encroaching the road - this tax is still imposed to this day.

The Hantam Karoo and Upper Karoo town of Victoria West gets its name from Queen Victoria and little has changed since it was first established in 1843. The town is wedged between two mountains and the Ongers River. The town is on the watershed between the West and East coasts of South Africa. To the South of the town is the small Victoria West Nature Reserve, home to a large collection of the riverine rabbit, only found in the central Karoo.

The Karoo is a region of South Africa that should not be missed by the visitor. It is mostly inhabited by sheep and widely scattered acacia trees and shrubs. In the Kalahari Desert can still be found scattered groups of San (bushmen) who have chosen to remain in the desert, unchanged by modern technology. 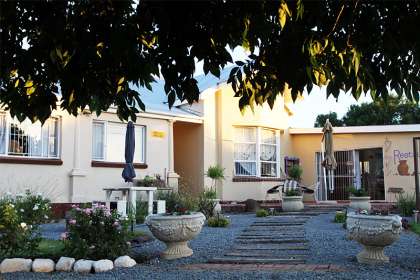 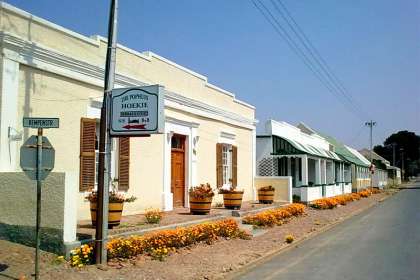 Guest Rating: 8
From R 600
Per unit, per night
* Rates may vary according to season 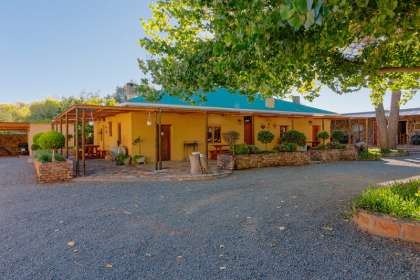 Guest Rating: 10
Sleeps 26 in 6 units
From R 425
Per person, per night sharing
* Rates may vary according to season

Gamamadi Guest Farm offers self catering accommodation near Three Sisters in the Karoo, Northern Cape. Three Sisters, while a small dot on the map is a significant location for many travelling on the N1 between Johannesburg and Cape Town and a popular sto 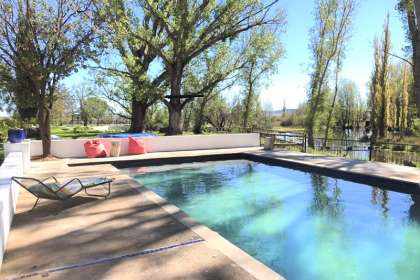 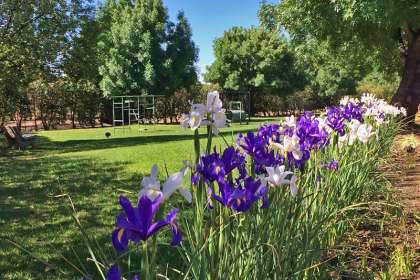 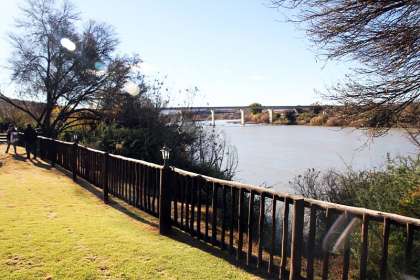 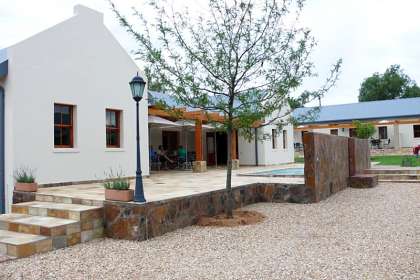 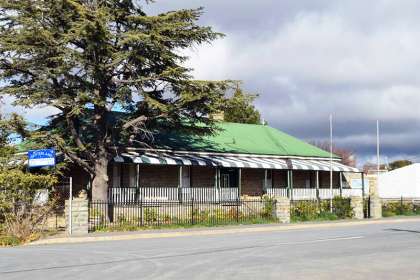 Sleeps 12 in 5 units
From R 650
Per person, per night sharing | Sleeps 4 adults max
* Rates may vary according to season

The luxury suites, with private sitting-rooms, are equipped, among others, with a plasma screen TV, M-Net/DStv, fireplaces, heaters, under floor heating and coffee facilities. In each bedroom there are electric blankets, down duvets and woollen ...

Sleeps 12 in 5 units
From R 460
Per person, per night sharing
* Rates may vary according to season

Ramino Guest Farm provides authentic working farm accommodation near Hanover in the Northern Cape. Stay on a room-only basis with the option of breakfast and dinner to suit your needs. Ramino Guest Farm is the perfect stop over between Cape Town and Johan 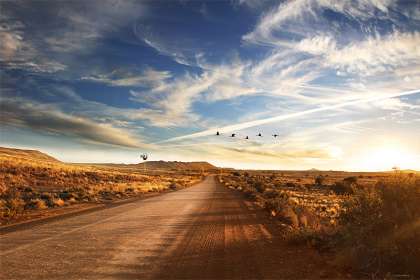 Desert Dew Guesthouse provides travelers with the option of bed and breakfast or self catering accommodation near Three Sisters in the Karoo, Northern Cape. Total accommodation sleeps 36 people. Located on the Modderfontein farm, situated in the Victoria 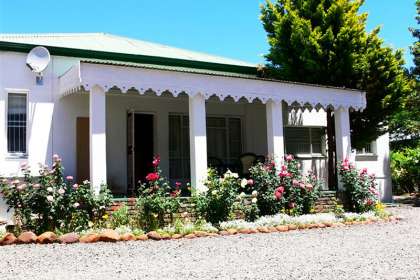 Sleeps 21 in 8 units
From R 395
Per person, per night sharing
* Rates may vary according to season 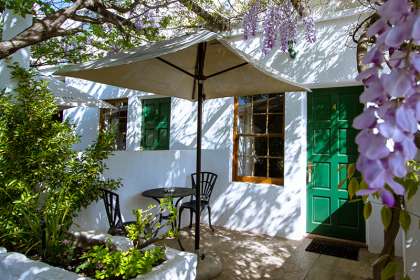 Sleeps 16 in 7 units
From R 450
Per person, per night sharing | Sleeps 2 adults max
* Rates may vary according to season 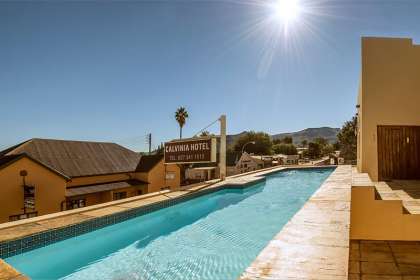 Sleeps 50 in 25 units
From R 600
Per person, per night sharing | Sleeps 4 adults max
* Rates may vary according to season 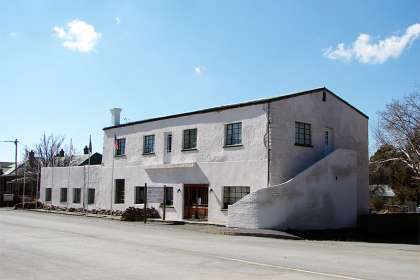 Sleeps 16 in 8 units
From R 150
Per person, per night sharing | Sleeps 6 adults max
* Rates may vary according to season

The Whitehouse Inn caters for travellers who enjoy warm hospitality, hot summers and snowy winters. This historic building has been converted to offer travellers a variety of accommodation. We boast a fully licensed bar on the premises...