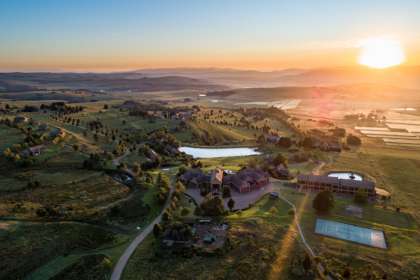 There are 10 elegant self-contained lodges, which are fully equipped and sleep four people. Each unit has two bedrooms, one of which is en-suite. The second bathroom has a shower, toilet and vanity. 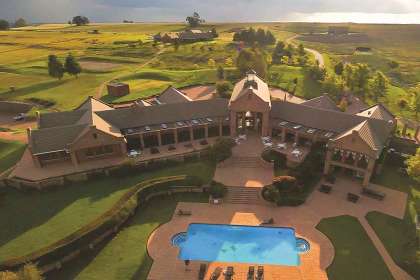 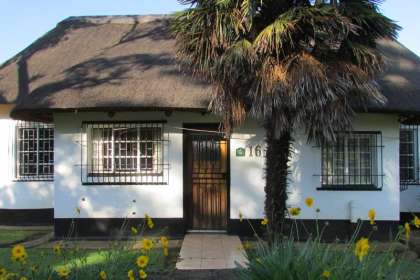 Sleeps 26 in 7 units
From R 420
Per person, per night sharing | Sleeps 4 adults max
* Rates may vary according to season

This AA Recommended self catering accommodation is found in the quaint, unspoilt village of Machadodorp, situated just off the N4 Maputo Corridor, an easy two and a half hour drive from Gauteng. 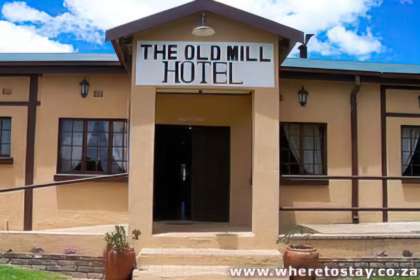 The Old Mill Hotel which opened its doors in 2004 started off as a local feed-mill. We are situated in the tranquil little town off of Machadodorp, which is well known for its trout fishing; 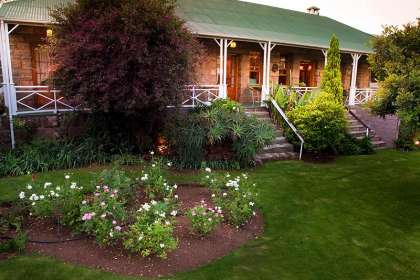 Graded:
Sleeps 14 in 7 units
From R 735
Per person, per night sharing
* Rates may vary according to season

Enjoy the warm embrace of the Shamrock Arms Guest Lodge, which offers good value, tranquil surroundings and wholesome food. Shamrock Arms is also the perfect base from which to explore many places of interest and scenic beauty in Mpumalanga. 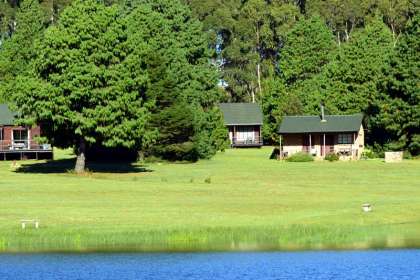 Greystone Lodge offers self-catering accommodation and facilities on a private nature reserve in the Mpumalanga Highlands. Situated just off the N4 between Dullstroom and Belfast, Greystone Lodge is within easy reach of the Blyde River Canyon... 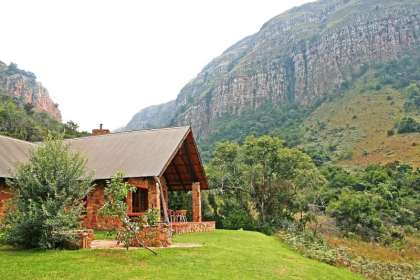 eNtokozweni, Machadodorp is the ideal destination for the adventurer, as eNtokozweni offers a wonderful selection of hiking trails through the most magnificent scenery that includes yellowwood forest, grasslands, waterfalls and sand stone mazes.
Hike the Machadodorp Escarpment Trail - 2 day trail on a 1000 hectare fenced nature and game conservancy.
Explore the wilderness on the eNtokozweni Wathaba Hiking Trail - magnificent scenery, waterfalls and pools to swim in.
The eNtokozweni / Machadodorp Num-Num Trail takes the hiker to ancient places once hunted by the San

Fishermen from far and wide descend on eNtokozweni (Machadodorp), as the Elands River which runs through eNtokozweni is teeming with trout. Serious competitors for the biggest fish head for the Machado Flyfishing Club, which has two dams well stocked with rainbow and golden trout, and another dam  exclusively for large-mouth bass. This very popular eNtokozweni / Machadodorp fly fishing club is also host to the Laerskool Machado Potjiekos Competition, with both locals and visitors contributing to the festivities, eagerly vying for the best 'pot food' around.

While in eNtokozweni (Machadodorp), don't miss out on the historical Bakoni Ruins just outside Machadodorp - eNtokozweni. Described as South Africa's 'lost city', the hills around eNtokozweni are terraced with thousands of stone walls which form part of a vast complex of fields, roads and settlements, originally home to the baKoni people, who first inhabited this Mpumalanga area in the early 18th century.
And for the 'bone weary', there's nothing in the world more relaxing that the Machadodorp - eNtokozweni hot springs, which are said to have healing powers.

For an authentic pub lunch, the Hog Pub & Grill is the local hangout in eNtokozweni (Machadodorp), where friendly staff offer you home made food and cold beer. Popular with bikers, locals and tourists passing through, you can't miss this eNtokozweni landmark just off the N4.
Or, go for good, wholesome food at Milly's Restaurant, then take home fresh produce, breads and trout pies from Milly's Farm Stall,


Nearby Towns With Accommodation
eNtokozweni Accommodation (Machadodorp)  - Mpumalanga Escarpment
eNtokozweni (also known as Machadadorp) on the Mpumalanga Escarpment,is the ultimate 'great outdoors' destination. Here, fishermen flock to the Machadadorp, Elands River and surrounding dams to practice the gentle art of fly-fishing, where they are sure to be rewarded with rainbow and golden trout, large-mouth bass and tilapia. For first-rate fly fishing in eNtokozweni, the Machado Flyfishing Club boasts two well stocked dams which are suitable for kick-boats and float-tubes.
Join in the fun at the annual Machado Potjiekos Competition, with both locals and visitors contributing to the festivities, eagerly vying for the title of the best 'pot food' in Mpumalanga.

Outdoor enthusiasts can take to the hills, exploring the many hiking trails that eNtokozweni / Machadodorp has to offer, taking the nature lover through the most magnificent scenery that includes yellowwood forest, grasslands, waterfalls.
Then, about 2km from eNtokozweni lie the famous Machadodorp Hot Springs, which are said to have healing powers which ease rheumatism and gout. Whether you need soothing or not, there's nothing more relaxing than lying in a pool of hot water surrounded by the most exquisite surroundings, making the eNtokozweni - Machadodorp Hot Springs an absolute 'must visit'.

For good, wholesome food, head to Milly's Restaurant, or live on the wild side at the Hog Pub & Grill, a local hangout that serves home-made food and cold beer to bikers, locals and tourists who see the pub's flags flying.