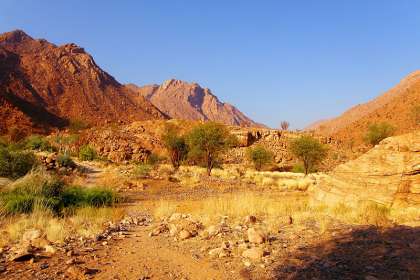 From R 10000
Per person, per night sharing
* Rates may vary according to season

Namibia as it unfolds a wealth of geological & cultural history, an unexpected diversity of plants & wildlife, a rough & pristine coastline & an untouched wilderness.THIS IS A TEST PAGE FOR WHERETOSTAY.CO.ZA

Founded in 1966, Oshakati is the regional capital of the Oshana Region of Namibia. The town is the major town in far northern Namibia, in an area once known as Owamboland. This densely populated area was split up into four regions, consisting of Oshikoto, Ohangwena, Omusati and Oshana. In the local Oshiwambo language of the Owambo people the name Oshakati means that which is between. In a country where town population figures are low, Oshakati's over 45000 inhabitants solidify its listing as Namibia's second largest city.

During South Africa's occupation of Namibia, Oshakati was used as a base of operations by the South African Defence Force in both the South African Border War and the Namibian War of Independence. The town is located near the B1, Namibia's main highway, this road stretches from South Africa through the capital of Windhoek and on to the Angolan border.

Oshakati has a rather unusual layout with the main road being lined with a collection of shops, residential complexes and bars. A strange mix of run-down taxis, luxury vehicles and donkey carts fill the streets. To the visitor, Oshakati's rules of the road are an interesting concept, one which is unlikely to be matched as they travel through Namibia. The town has an interesting mix of local open air markets that sell anything from meat to mopane worms (a local delicacy), dried chilies and a wide array of vegetables, not to mention anything else you can imagine.

In the recent past shops like Jet, Mr Price, furniture stores, shoes stores, pharmacies, etc. have been introduced to the town with the three main shopping centres being Game, Etango, and Yetu. Oshakati Independence Stadium and the University of Namibia Northern campus are also major additions to the town. Although the full tourism potential of Oshakati has not been developed, the opening of a new northern gate, the King Nehale Gate, from Etosha into the region is hoped to boost tourism in the area.