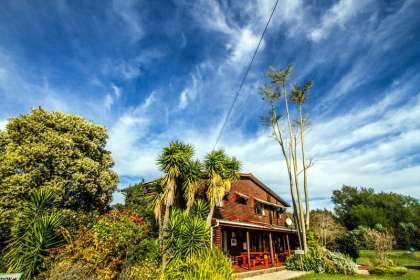 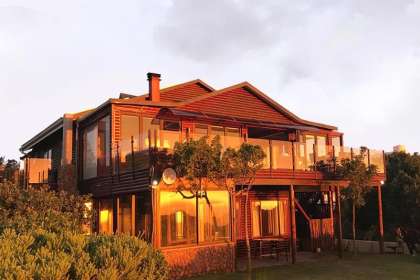 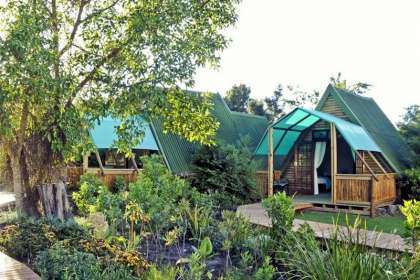 Our en-suite lodge rooms and luxury tents are clean and spacious and are ideal for couples, families or small groups of friends seeking comfortable privacy at very reasonable rates. 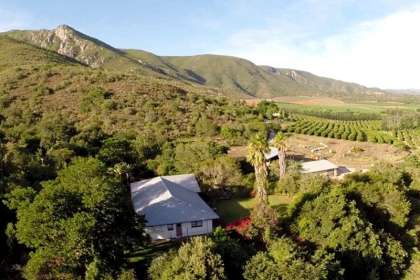 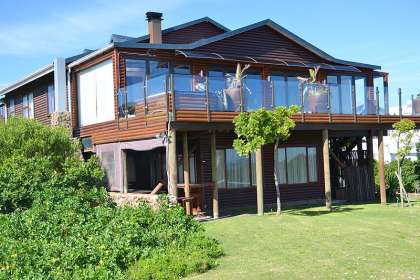 Oyster Bay is a quiet, peaceful town on the edge of the Tsitsikamma coast with wide stretches of beach which gives a feeling of complete relaxation. The town is 110km west of Port Elizabeth. Days can be spent relaxing in the sun, swimming, ... 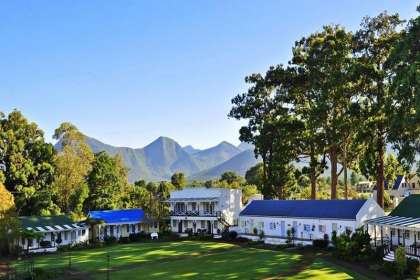 Nestled in Storms River Village, we have re-constructed a typical Cape Village of the past, where old traditions of warmth and hospitality thrive side-by-side with all the comforts of the modern day. Visitors can delve into the past and select their acco 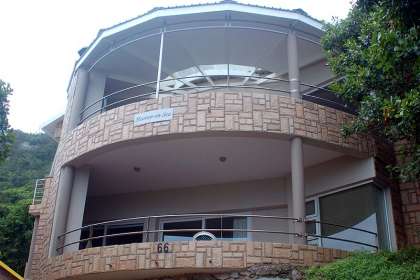 Guest Rating: 9
Sleeps 6 in 1 unit
From R 995
Per unit, per night
* Rates may vary according to season

Heaven-on-Sea self catering unit is situated in a private holiday resort (Eersterivier), in the Tsitsikamma and is approximately 30 kilometers from Storms River on the Garden Route. The resort has a secure and private entrance and is only ... 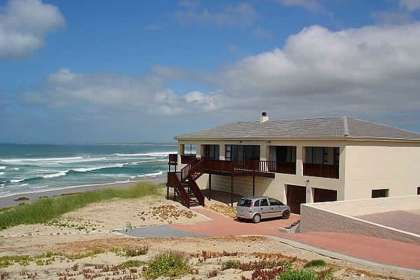 On The Rocks is an 8 sleeper holiday home which is only 50 metres from the beach. It has 4 en-suite bedrooms each with a magnificent view of the ocean, bedding supplied-bring own towels, lock-up safe in the main bedroom, a guest toilet, veranda, ... 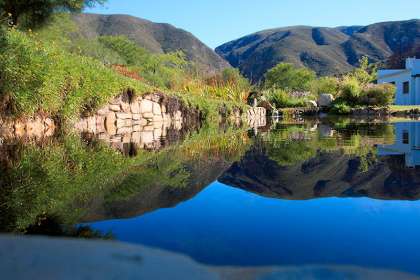 The jewel of South Africa’s wilderness area, the Baviaanskloof Conservancy, borders the historical property, Zandvlakte, in the centre of the Baviaanskloof Valley. The area is internationally well-known for its biodiversity. Relics of ancient cultures are 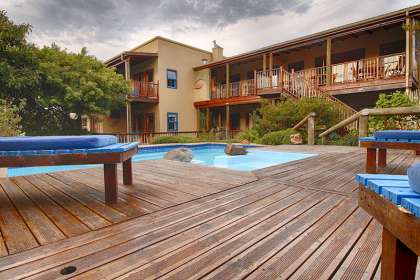 At The Woods Guest House

At The Woods Guest House offers a relaxing and comfortable base from which to explore the Tsitsikamma and surrounding areas. Our desire is that guests will feel at home enough to slip off their shoes

Nestled between the picturesque Tsitsikamma and Zuuranys mountains, at the edge of the Tsitsikamma forest, lies the eastern cape town of Karredouw. The town was established in 1906 as a mission station for the Dutch reformed church, and gains its name from the Khois phrase meaning "path by the Kare trees". Karredouw lies approximately a hundred and thirty kilometers from Port Elizabeth, and serves as the gateway to both the Langkloof Mountains, and as the only southern entrance to the Baviaanskloof Mega Reserve.

The town owes its existence mainly to the farming and agricultural activites in the region which are dominated largely by forestry and fruit farms. The Langkloof Fruit region , between George and Port Elizabeth, includes the towns of Avontuur, Haarlem, Misgund, Louterwater, Krakeel, Joubertina, Kareedouw and Assegaaibos, and is second only to the Western Cape in terms of deciduous fruit production. Kareedouw is also home of the famous Rensilfier furniture factory, which manufactures high quality Black, Yellow, and Stinkwood fruniture. A statue of a woodcutter stands in the town, erected in memory of woodcutters, and serving as a reminder of the town's history of forestry.

The valley with its rows of fruit orchards, magnificent picturesques mountains and pristine perrenial mountain streams provide visitors with excellent photographic opportunities. The awe inspiring scenery of the region provide visitors with a variety of popular outdoor activities which include 4x4 rides through the Suurveld, Kouga and Baviaanskloof Wilderness areas, canoeing on the Kouga River, camping, hiking and horse trails, and guided motorcycle tours which travel along the well known Route 62 through the Little Karoo to Port Elizabeth. The tranquility of the region was so appealing to the late former Prime Minister of South Africa from 1966 to 1978, John Vorster, that he requested to be buried in the memorial garden next to the old stone Dutch Reformed Church.

The Khoi people who once lived in the region made a delicious honey beer that was called â€œkarrieâ€, using a combination of honey, water and the roots of a particular succulent. It is in honur of this Khoi tradition that the annual Karrie Festival is held every March. Another feature which attracts visitors to the region is the Apple Express, which departs from Humerail Station in Port Elizabeth, and takes its passengers on a scenic ride westwards over the tallest narrow gauge railway bridge in the world, the Van Stadens Bridge (255 feet/ 78 m), and onwards to Loerie.