Nearby Towns
Nearby Points Of Interest
Early morning - the calm before the storm. The Clarens Brewery is a popular venue.  © Melody Lichter

Clarens is definitely one of the most picturesque, arty little towns in South Africa. Surrounded by the Rooiberge and situated at the foot of Mount Horeb, Clarens is famous for its multi-coloured sandstone formations, a unique geological feature of the area. But theres more! Clarens even has its own Brewery! And it's a place where some fine hand crafted beers and cider are brewed. Opened in December 2006 by Stephan Meyer, Clarens Brewery was one of only a few micro breweries in South Africa and it still is the only one in the Free State. Stephan Meyer has a passion for microbrewed beer and has been been brewing full grain, pure malt beers since 2004 with an absolute dedication to quality and craftsmanship. The brewery brews a 5000 litre batch every month of which half is bottled and the other half is served on tap in the brewery. In addition to the beers there are also the ciders which have been produced commercially since 2004 with fruit from the breweries own orchards just outside the village. The Sun-kissed Apple and deliciously pink Cherry ciders are refreshing, dry and light.

Some of the Drinks brewed at the brewery include:
Clarens Blonde. A light golden ale with a sweet malty aroma with the distinct biscuity flavour of malt with a light hop finish.
Clarens English Ale. An amber coloured ale with medium-bodied caramel malt flavour, a hint of nuttiness and medium hop bitterness with a dry refreshing finish.
Clarens Stout A dark, sweet and full-bodied ale with subtle chocolate aromas and a creamy head offering real winter warming comforts
Clarens Brewery Apple Cider A light, dry, refreshing cider bursting with the flavour of fresh apples grown in the gentle foothills of the Maluti Mountains.

Clarens Brewery has seasonal beers available most of the time that they brew when they manage to source special malts or hops. They also stock imported, bottled Belgian beers from time to time.

This lovely little brewery can be found in the Clarens on the square. If you love to try local brews on your travels, then a stop-over at Clarens Brewery is a must! They offer free tasting, and once you settle on your favourite, you can relax with a draught and enjoy one of the best views over the spectacular Maluti Mountains. One visitor commented saying that the whole vibe of the place was amazing and so was the beer. They give you samples of various beers to try and make your decision from there. It was fun and delicious!

Clarens Brewery is in the Clarens Info Centre, just off the south eastern corner of the square and is open daily from 10:00 to 18:00. 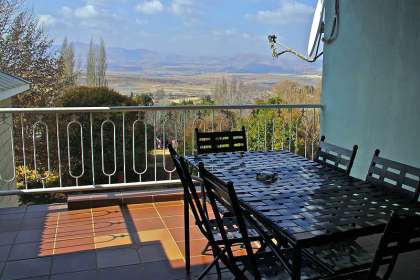 Sleeps 16 in 7 units
From R 495
Per person, per night sharing
* Rates may vary according to season

Red Mountain House is situated in the heart of the beautiful village of Clarens. Our accommodation consists of 6 luxury double rooms furnished with turn of the century antiques and one standard room. 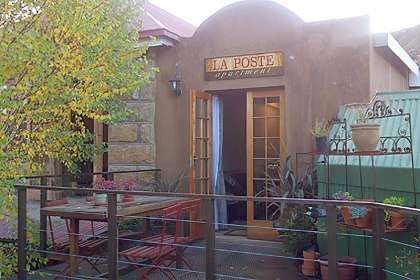 There are two loft style apartments for two in the heart of Clarens. Views across the Clarens roof-tops to the mountains beyond. Private patio overlooks charming courtyard. Walking distance to restaurants, galleries, shops and village square... 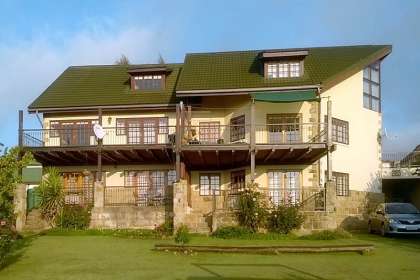 Guest Rating: 10
Sleeps 13 in 3 units
From R 325
Per person, per night sharing
* Rates may vary according to season

Akzente is situated in the heart of Clarens, within walking distance of all the galleries, shops and restaurants, but still has a panoramic view of the valley and the mountains of Golden Gate and Lesotho... 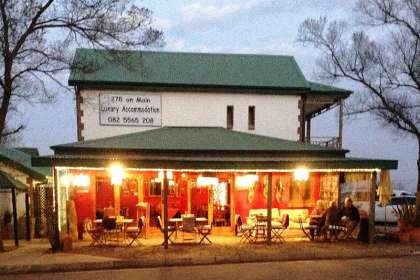 Sleeps 18 in 7 units
From R 575
Per person, per night sharing
* Rates may vary according to season 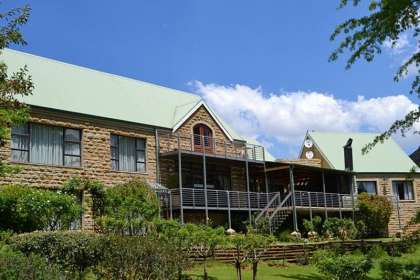 Titanic View is a self catering establishment situated in Clarens, with beautiful rooms viewing the surrounding mountains and only a mere five-minute walk from the Village Square. There are 3 cottages and 1 main house available. Whole Titanic View Self Ca 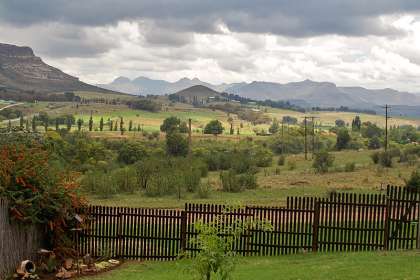 Guest Rating: 9
Sleeps 6 in 1 unit
From R 450
Per person, per night sharing
* Rates may vary according to season

Mystic Mountain is a self-catering Guest Lodge in the heart of Clarens, Free State. Walking distance from shops & restaurants, yet secluded enough to have peace and quiet. 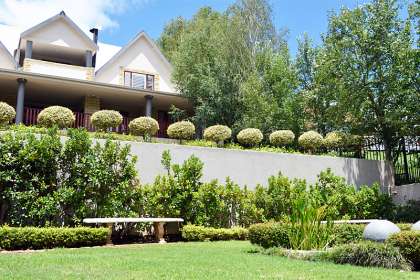 Guest Rating: 8
Sleeps 9 in 5 units
From R 375
Per person, per night sharing
* Rates may vary according to season

All rooms open onto a veranda from a private entrance, with luxurious bathrooms. We proud ourselves with the quality of our furnishings and linen and offer a deluxe hospitality tray in each room, which include sherry, homemade rusks and biscuits... 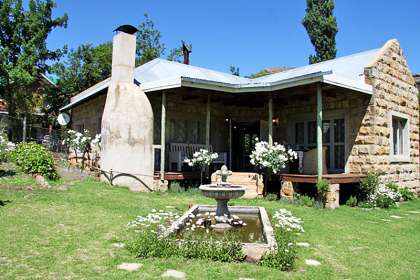 Guest Rating: 8
Sleeps 4 in 1 unit
From R 450
Per person, per night sharing
* Rates may vary according to season

JessHil is a quaint, self catering sandstone cottage in the picturesque town of Clarens. Clarens is well known as the Jewel of the Free State. JessHil comfortably sleeps 4 guests in two bedrooms with queen beds. 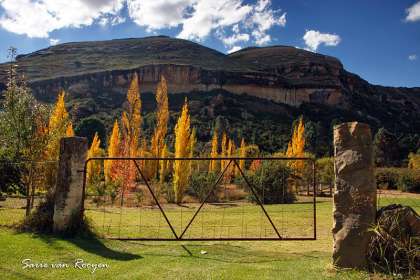 Sleeps 6 in 1 unit
From R 650
Per person, per night sharing | Sleeps 1 adults max
* Rates may vary according to season

Paddocks Six is a brand new home in a new development still in progress. It is situated in the Swartland in Clarens. 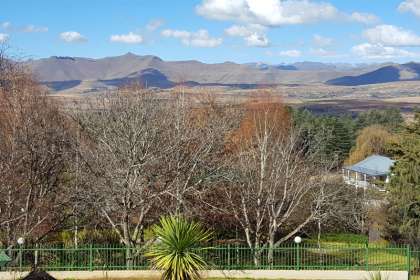 Sleeps 15 in 7 units
From R 600
Per person, per night sharing
* Rates may vary according to season

Mt Horeb Manor, an upmarket Bed and Breakfast provides guests with an unforgettable stay in the charming town of Clarens. The guest house is tastefully decorated to offer each guest a luxurious, exclusive and unforgettable stay topped with warm, friendly