The annual sardine run brings the Kwazulu Natal South Coast into a frenzy of excitement each year as the tiny silvery fish migrate northwards. This phenomenon has been named "the Greatest Shoal On Earth" due to the sheer volumes of the small fish, which can be seen from space. The sardine run occurs every year between the months of May and July. Shoals as big as 15 km long, 3 km wide, and up to 30 m in depth can be seen covering an approximate distance of a 1000 km.

This awesome marine spectacle brings with it a huge variety of predatory fish and birds which pursue them with hopes of an easy meal. It has been previously estimated that about 20,000 common dolphins follow the sardines up the coast each year, accompanied by a variety of sharks, whales and seabirds. Sharks and dolphins often work in synchronised harmony forcing the sardines in to tight groups or "bait balls" so they can easily be caught.

This annual spectacular event attracts scuba divers from all across the globe to view the phenomenon, and also makes for excellent photographic opportunities. The beaches of KwaZulu Natal fill up in almost the same way as they do over the festive season, with fishermen collecting the sardines for bait, children scooping them out with whatever they can find, and folks who just stop by to catch a glimpse of it all.

For the latest information on the Sardine Run check Earth-Touch.com for their Tweets at http://twitter.com/whalesharkdiver.

Nearby Listings
Showing 1 to 6 of 6 results 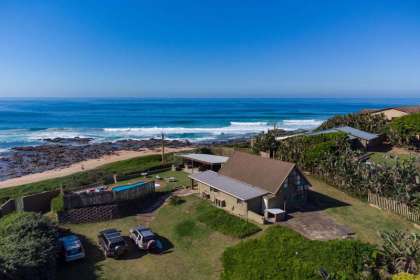 House On The Beach

Getaway Magazine voted House on the Beach as one of the “top ten affordable and cool” beach houses in South Africa. 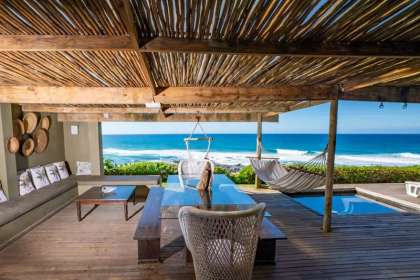 Highrocks is an easy drive down the south coast from Durban of approximately 40 minutes. As you enter the property you see the vast ocean before you, the lounge is double volume and the 80 year old eaves are exposed. From there you walk onto the deck and 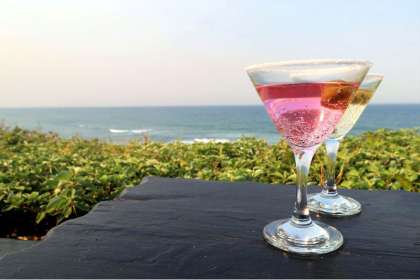 Sleeps 16 in 8 units
From R 650
Per person, per night sharing | Sleeps 2 adults max
* Rates may vary according to season

Timeless Lodge huddles on a bluff in Umkomaas, overlooking the Indian Ocean. On arrival at this elegant B&B your vista is filled with a panoramic view of blue sky and blue ocean for as far as the eye can see 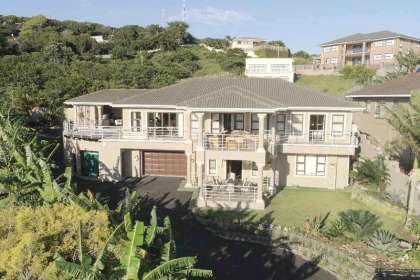 Gee Wizz B & B Scottburgh

Self Catering Rooms With Communal Kitchen in Scottburgh

Gee Wizz B & B Scottburgh is one of the famous and well known bed and breakfast places in Scottburgh, offering our guests the best overnight stay. All guests are welcomed by the owners and looked after during their stay with us. We are always available to 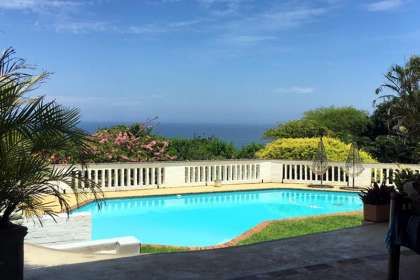 Sleeps 8 in 3 units
From R 550
Per person, per night sharing | Sleeps 4 adults max
* Rates may vary according to season

Conveniently situated near the N2, the B&B is a perfect starting point for a day trip to Durban, a hike in Oribi Gorge or a nice drive along the coastal shore. 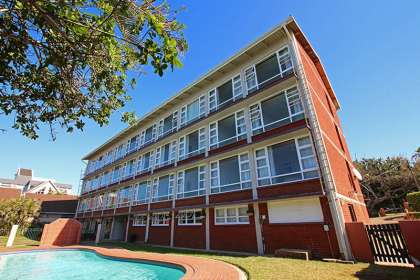