Self Catering in Ramsgate 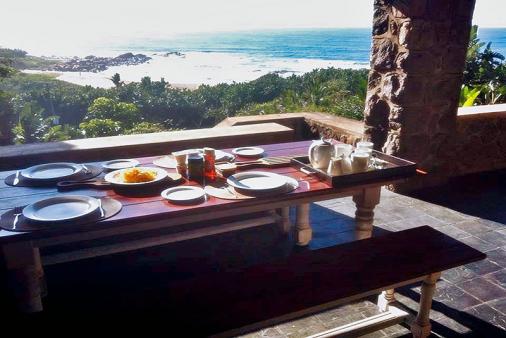 1/29 - View from Patio - The Stone Cottage - Self Catering Cottage in Ramsgate, South Coast 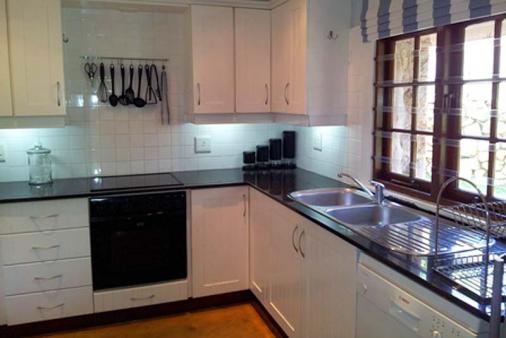 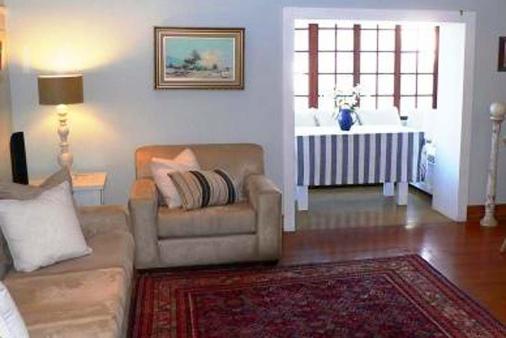 3/29 - Lounge with sun room in the back - Self Catering Cottage Accommodation in Ramsgate, South Coast 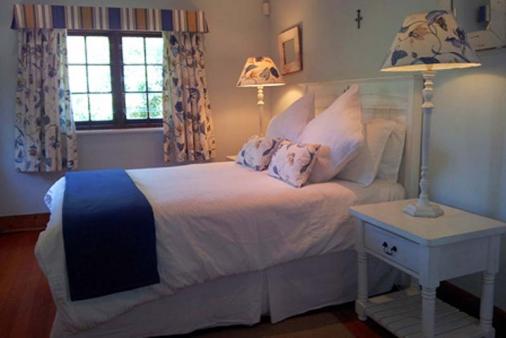 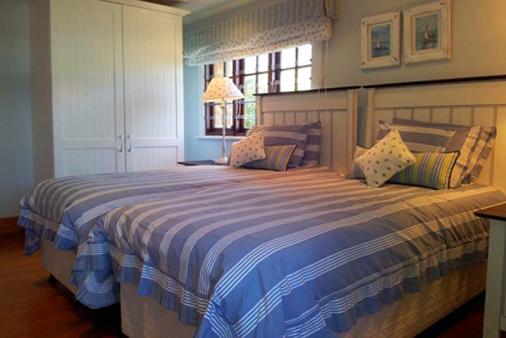 5/29 - 2 of 4 Bedrooms - Self Catering Cottage Accommodation in Ramsgate, South Coast 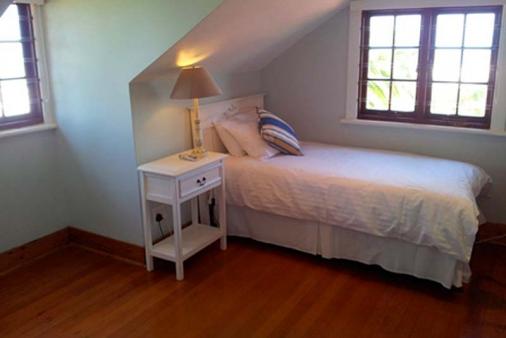 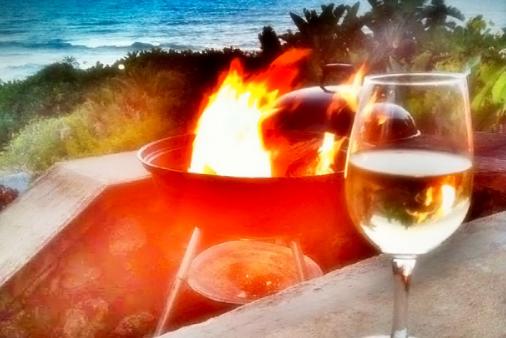 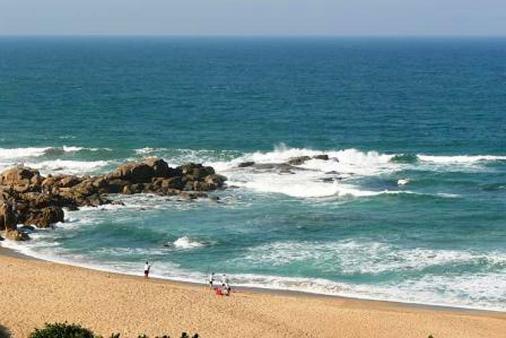 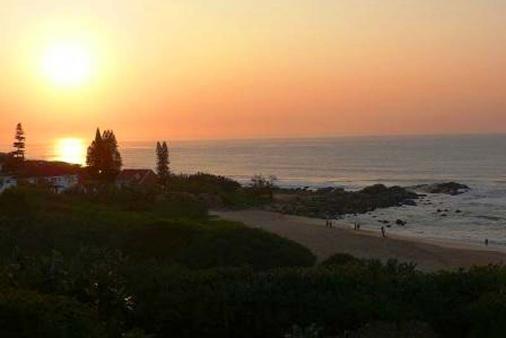 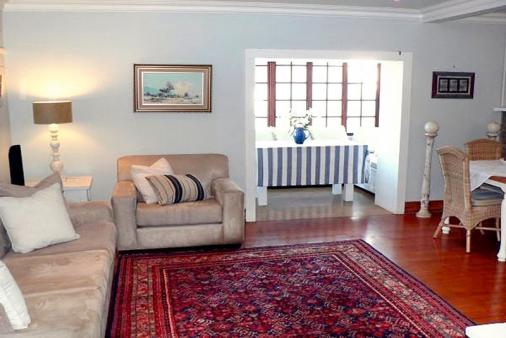 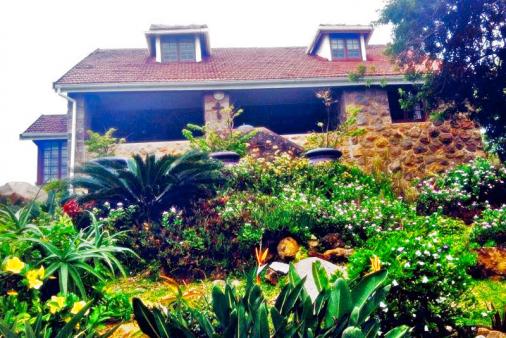 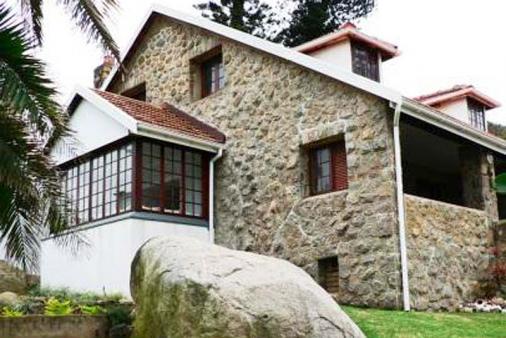 12/29 - The House - The Stone Cottage - Self Catering Cottage in Ramsgate, South Coast 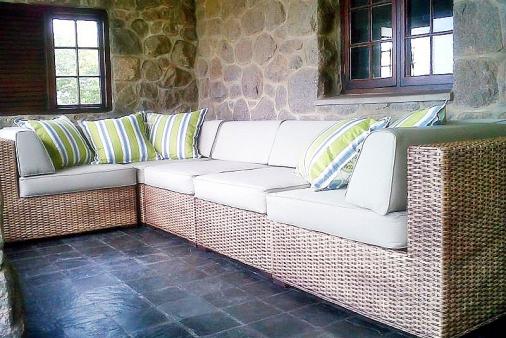 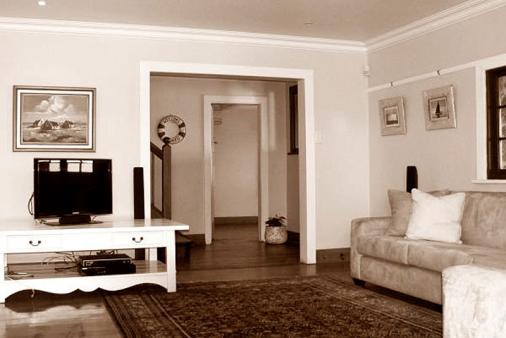 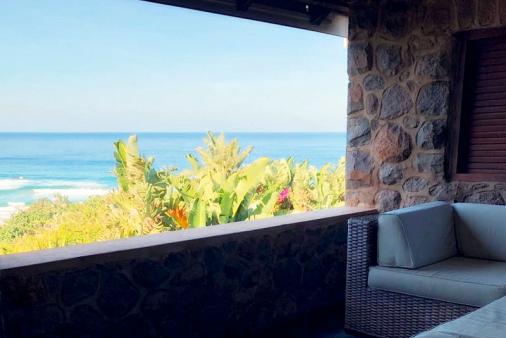 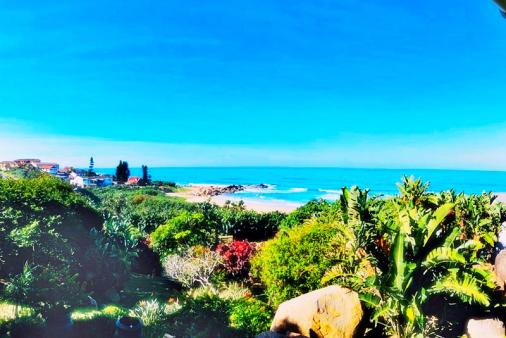 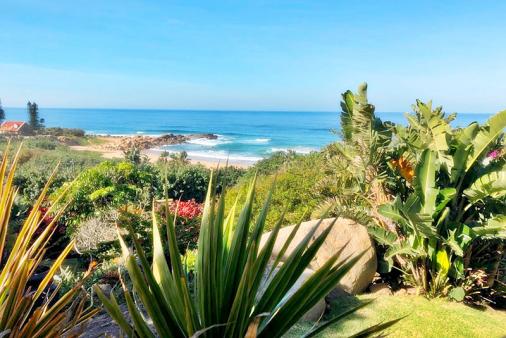 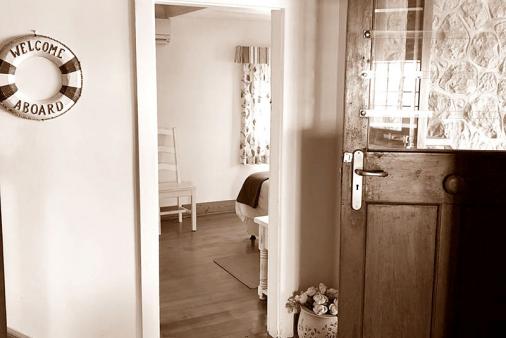 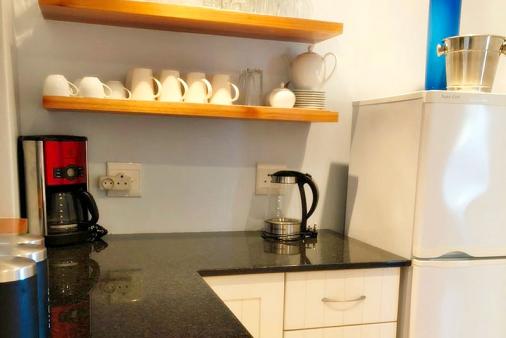 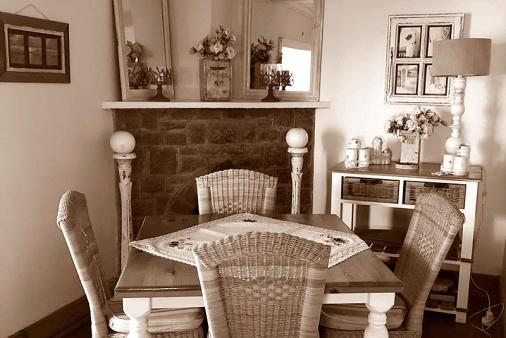 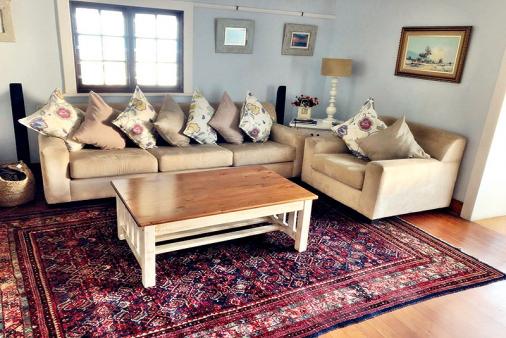 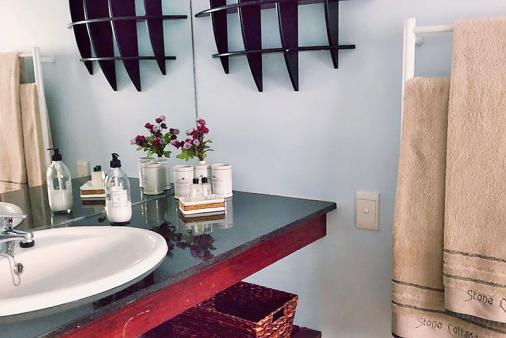 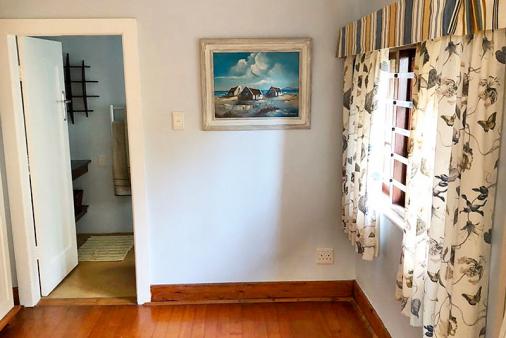 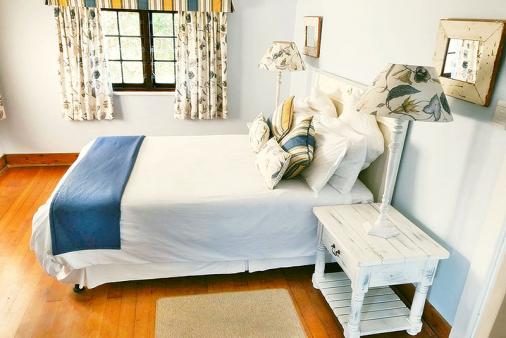 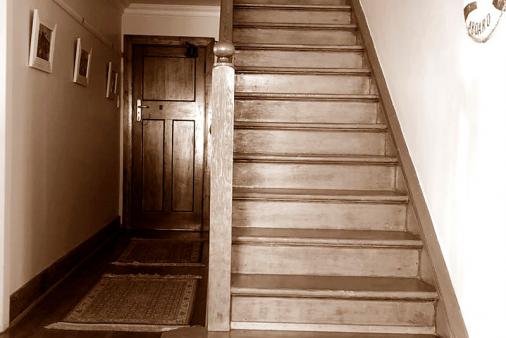 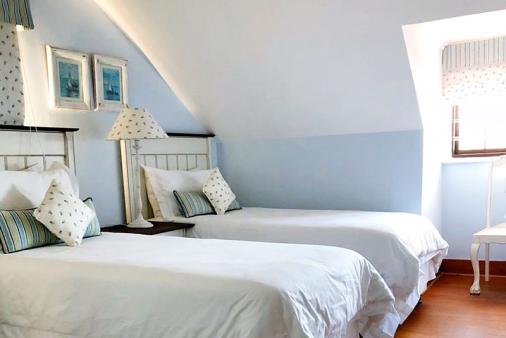 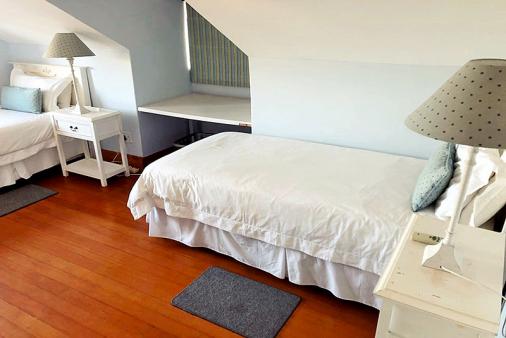 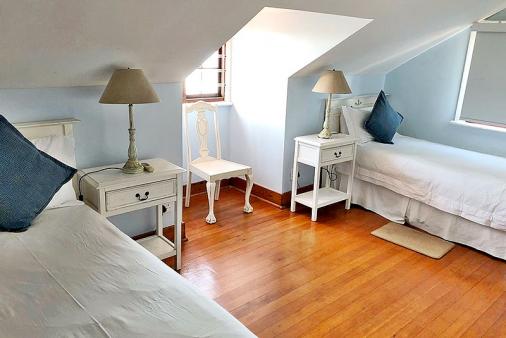 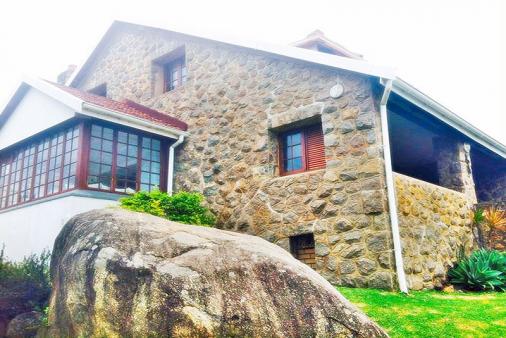 Situated in one of the most sought after holiday destinations in South Africa, the Stone Cottage is a Self-Catering holiday destination only a stone's throw away from the beach - offering an uninterrupted 180 degree sea view. It is situated on Shooters Hill, on a plot half a hectare large with a tropical surrounding and professionally laid out garden. A mere 100 metre stroll will bring you to the sandy Little Billy Bay from where you are guaranteed a picturesque walk in either direction. Enjoy our tranquil little towns secure environment, scenic walks, 2 safe beaches, 2 lagoons, ski boat launch, your choice of popular restaurants including the famous Waffle House and 2 pubs, all within walking distance!

The Stone Cottage is newly furnished and fully equipped with 4 Bedrooms, 3 bathrooms, lounge area, superb sea view room, modern kitchen and breathtaking patio and caters for up to 8 guests. Main bedroom: Double bed with en-suite bathroom, air conditioner and safe. Second bedroom: Two single beds with exceptional sea views. Third bedroom: Two single beds with exceptional sea views. Fourth Bedroom: Two single beds with exceptional sea views. There are two additional bathrooms that cater for these three rooms. The lounge area has an LCD HD Flat screen Television and DSTV decoder (bring own smart card) as well as a Samsung surround sound system. Fully equipped kitchen with two full-sized fridges and dishwasher. The cottage also has a washing machine and tumble dryer.  A covered patio that will undoubtedly take your breath away with its magnificent 180 degree unspoilt sea view. The cottage also has two lock-up garages for your convenience. Beach towels must be brought along by the guest.

The Stone Cottage has a rich history, on proclamation, stand 1086 was purchased by Dr Michael Girdwood in June 1936 and construction of the house followed soon thereafter. The windows and exterior doors are Burmese teak and the floors and interior doors are Oregon pine, all imported from England at the time. The stone on site provided the main source of construction. Since then the cottage has been renovated and the interior modernized with a fantastic result.

The Stone Cottage appears in the following sections: