Self Catering in Richards Bay 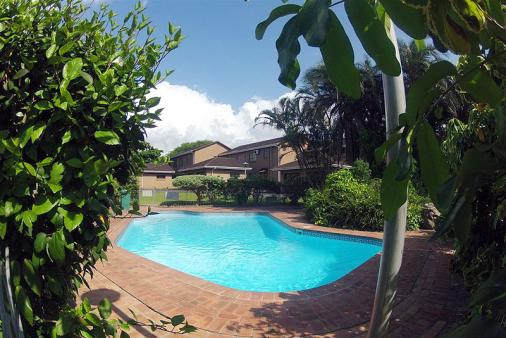 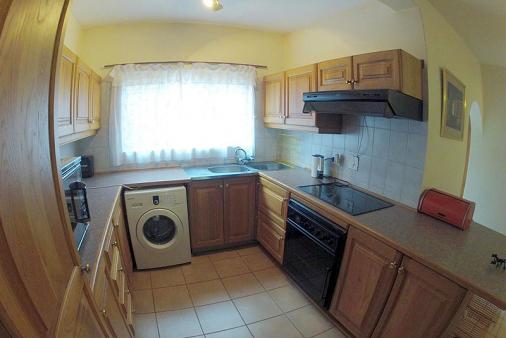 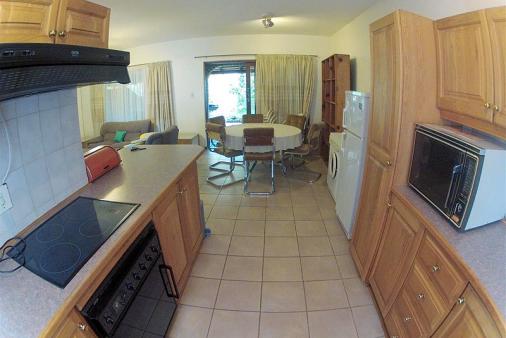 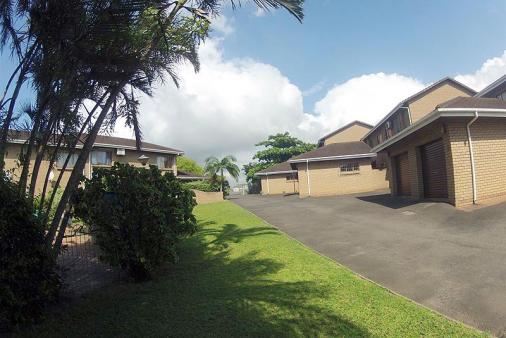 4/13 - Inside the compex looking at the gate 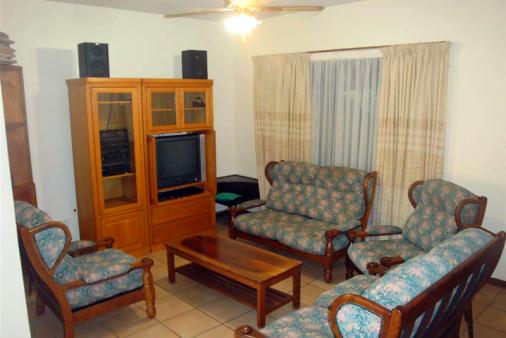 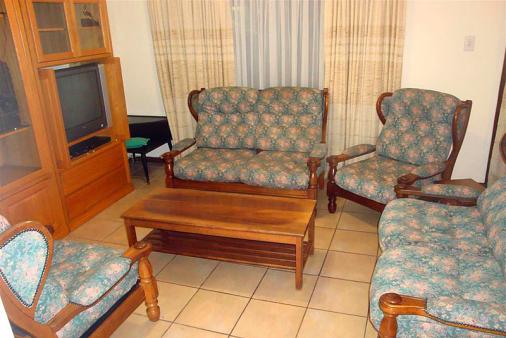 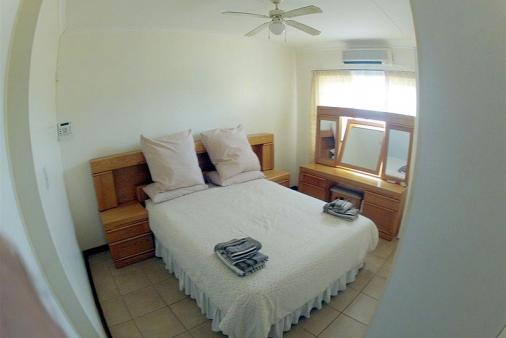 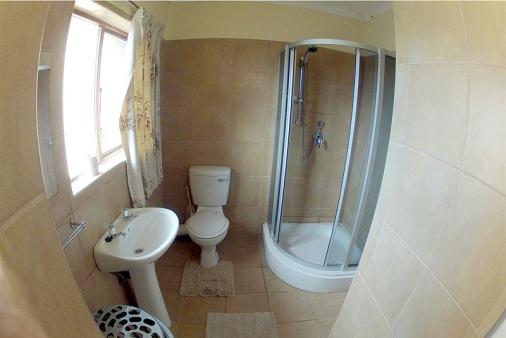 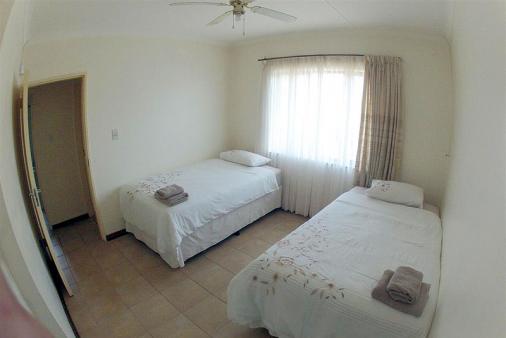 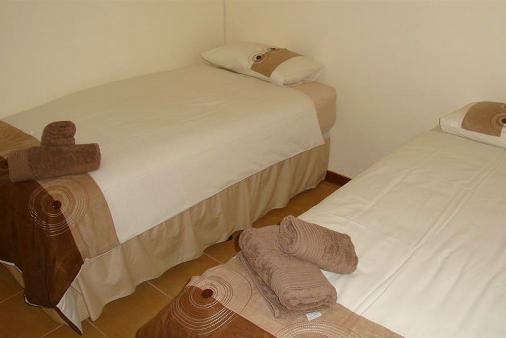 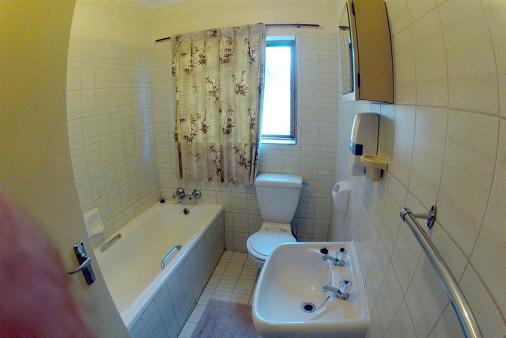 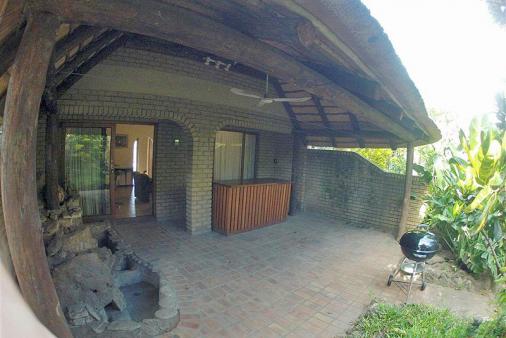 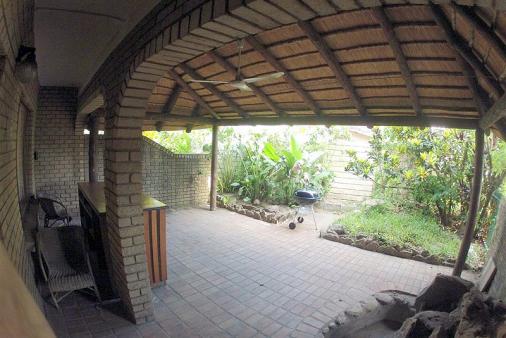 This establishment has only one 3 bedroom 6 sleeper for rent

Booking enquiries cannot be made by phone

Our arrival and departure dates are normally flexible but during the July, Oct and December school holidays preference are given to people wishing to book in multiples of 7 night stays, with Mondays being the change over days.

Beach Dunes no 5 is a luxury secured duplex unit situated in Trappie Truter Draai in Meerensee within walking distance from Alkant strand, the Caravan Park, Strandloper Cafe and Richards Bay ski-boat club. Also within walking distance are 3 excellent restaurants in The Ridge, Richards Hotel and Protea hotels.
A short drive away in Meerensee, there is a Spar, Pick & Pay, Laundromat, Bottle store, Butcher and a Medical centre. A short drive to the CBD bring you to the Boardwalk Mall, Medical centre, Bay Hospital, Alton (Industrial area) and restaurants. Likewise a short drive to the Mzingazi waterfront bring you to the small craft harbour and a multitude of fine restaurants. The complex also has a lovely communal pool

The unit has three bedrooms (main on-suite with shower only) all 3 bedrooms are individually air-conditioned)
Two bedrooms with 2 single and two 3/4 beds and ceiling fans. A weekly linen change is provided.
2 nd bathroom, guest toilet, open plan lounge/dining area with a Music centre, television and DStv antenna - bring your own card and modem. A top-TV subscription is maintained by the landlord. The modern kitchen has a glass top hob, under counter oven, automatic washing machine, tumble drier, microwave, kettle, toaster, iron and ironing board and cutlery and crockery for 6 people. The dining area steps out to lovely private paved Barbeque area under thatch. Beach towels not provided. Key to be collected at 77 Dollar Drive during office hours or after hours by prior arrangement only, from the security gate of Mzingazi Waterfront Village

Named after British naval commander Rear Admiral Sir Frederick William Richards, who landed troops on the Zululand coast in 1879, this was a small fishing village until the port was opened in 1976, and settlement sprang up around a port now named after Richards. The City of uMhlathuze is the Gateway to Zululand with its richness of unspoilt attractions including an abundance of game reserves and golden beaches.

Recently Richards Bay claimed its place as a word class destination for big game fishing for giant Yellowfin Tuna, sailfish and three species of Marlin. It hosts the largest all release Marlin tournament of its kind in South Africa and there are a number of very well equipped sportfishers available for charter.
If other water sports appeal to you, the area offers snorkelling, fishing, yachting, diving, canoeing, ski-boating and jet-skiing. The nearby Richards Bay country Club also offers all the amenities for sporting, and golf.