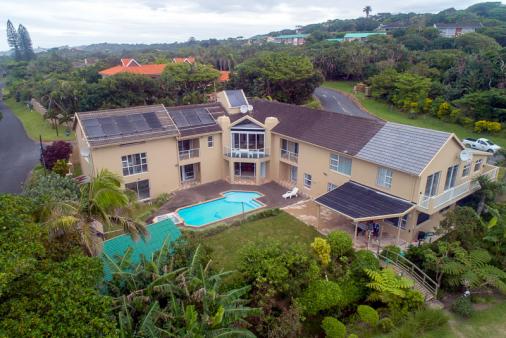 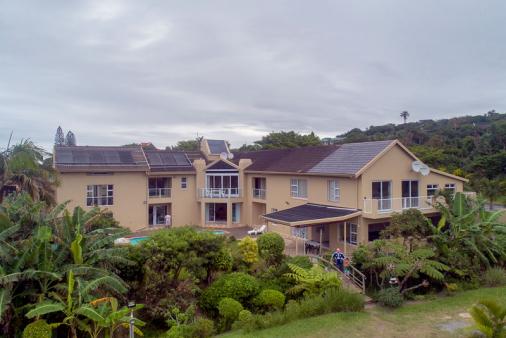 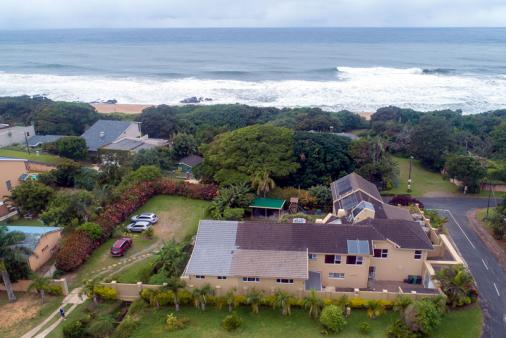 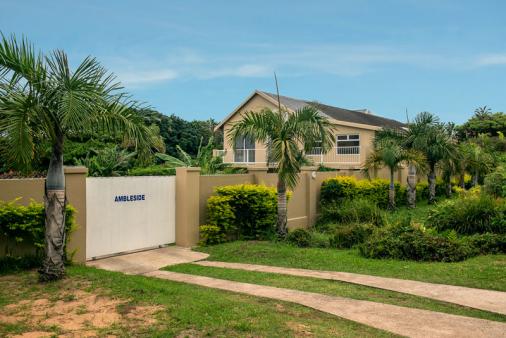 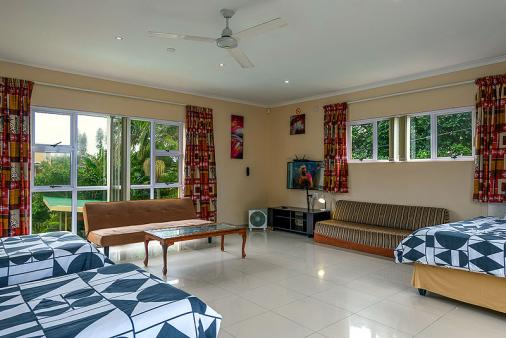 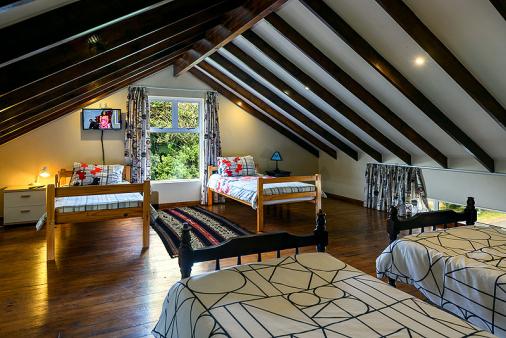 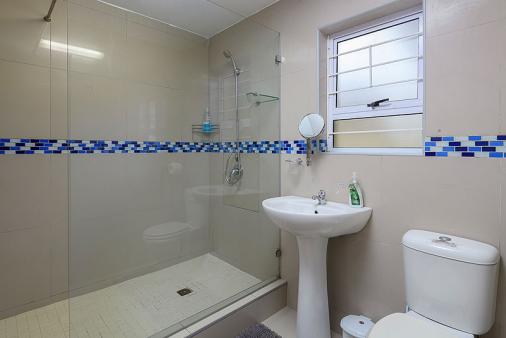 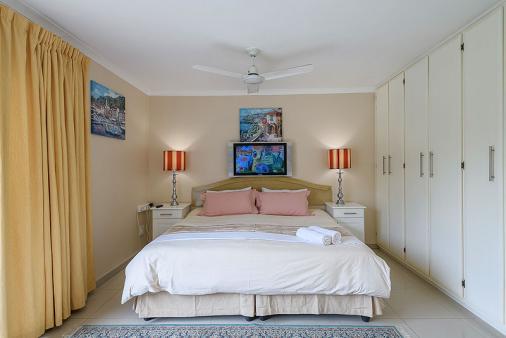 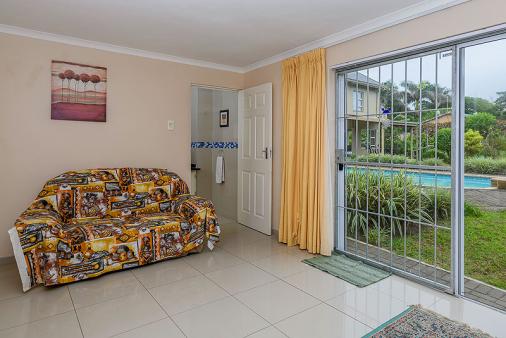 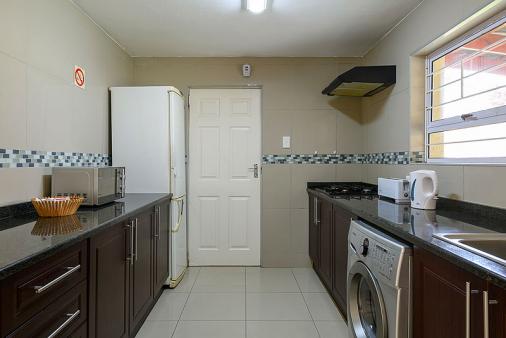 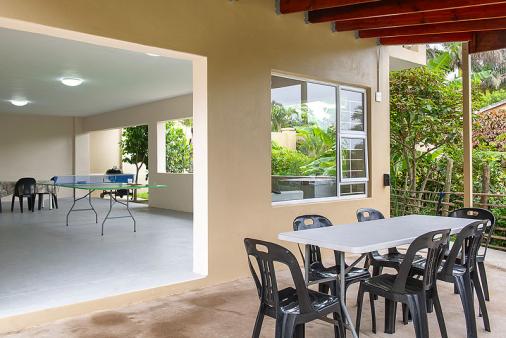 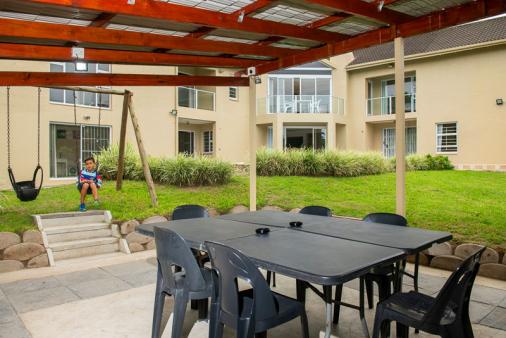 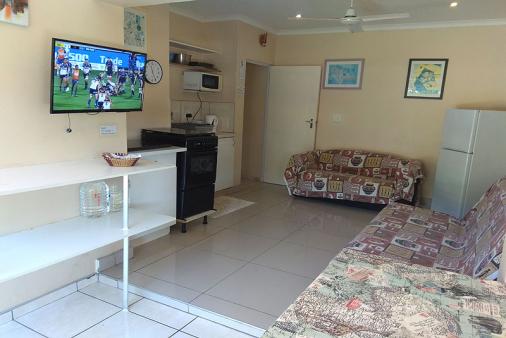 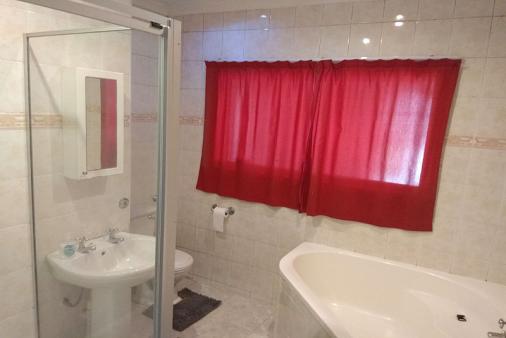 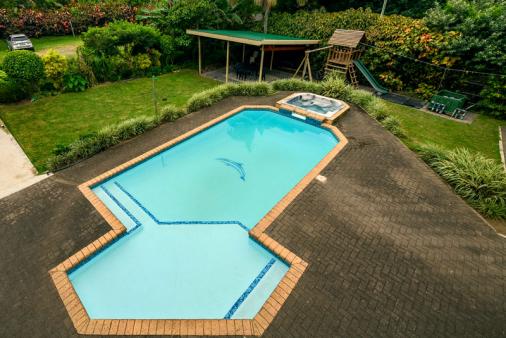 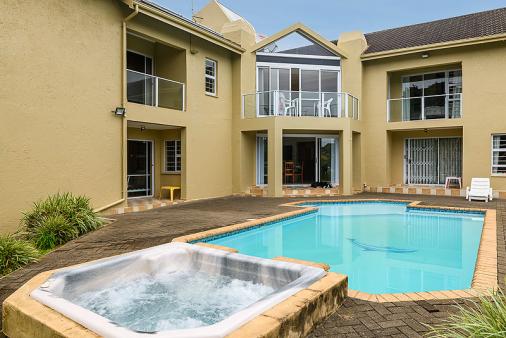 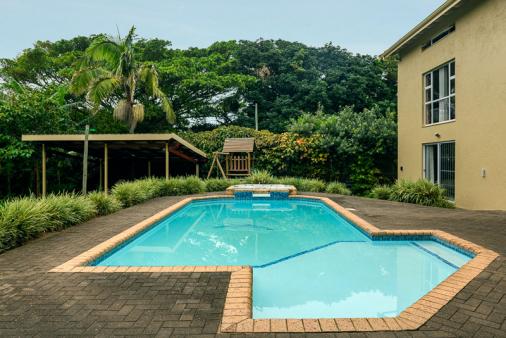 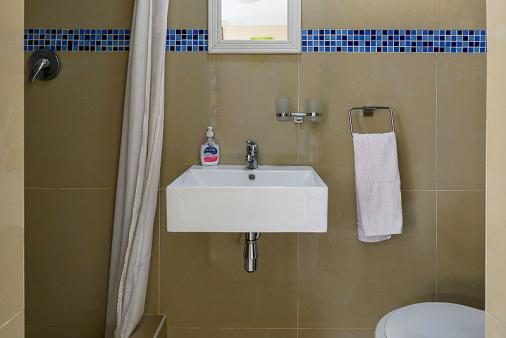 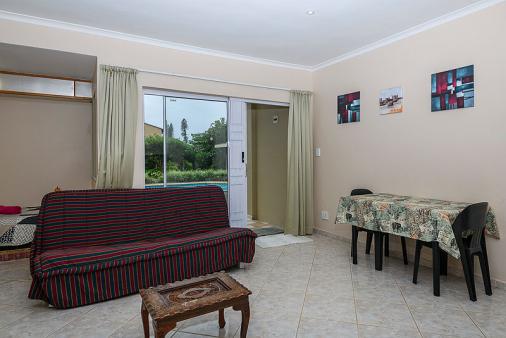 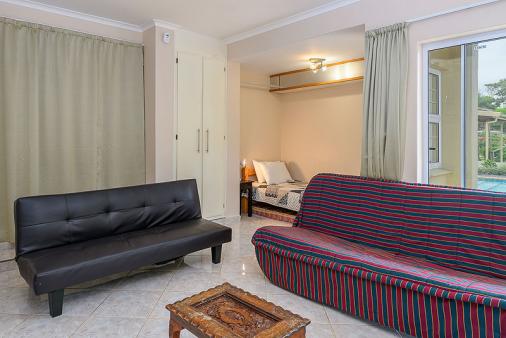 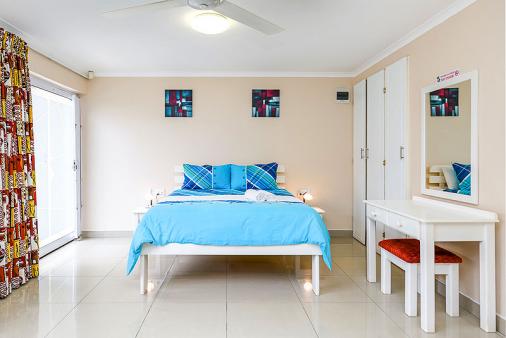 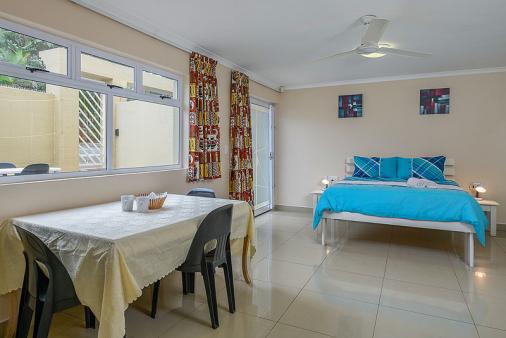 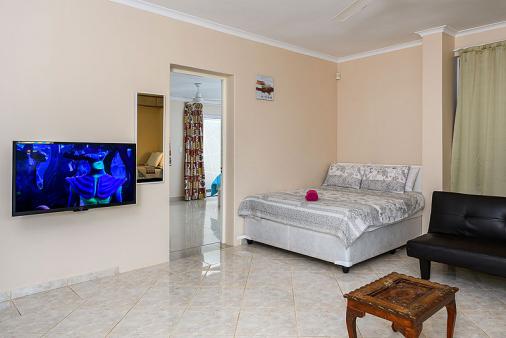 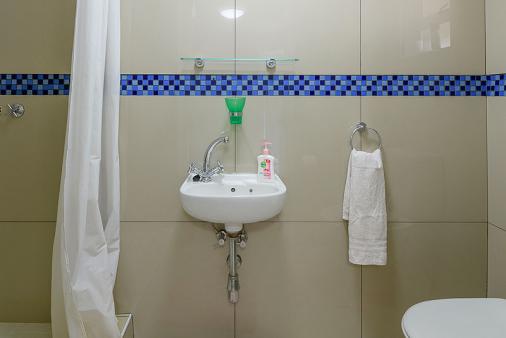 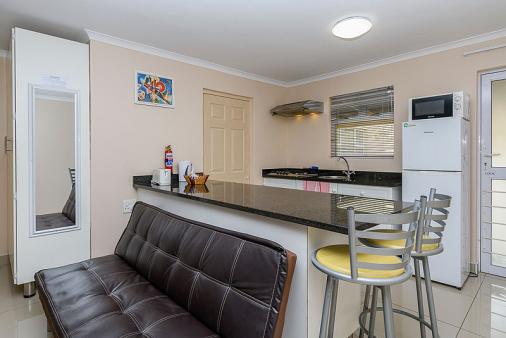 Ambleside offers guests tranquility outside of the tourist areas but close to all amenities. Set in safe and secure surroundings with ample parking the accommodation consists of two apartments and a three story house each of which have their own entrance.

The NORTH WING consists of a living room/kitchen, bathroom and two bedrooms. Ideally it can accommodate 4 people but two sleeper couches in the living room will also allow 3 more.

The EAST WING has recently been built with the highest quality finishes. Downstairs is the main bedroom with king sized bed and an en-suite toilet and shower. Also on the ground floor is fitted granite kitchen and bathroom with walk in shower. The huge lounge with a 50 inch plasma tv is on the first floor while the second floor is an attic bedroom. The East Wing can accommodate up to 10 people as long as they don't mind sharing rooms.

The SOUTH WING was built in January 2015 to the highest standards. It consists of a studio apartment and a living room / second bedroom an d has its own garden for those that want some privacy. It can accommodate 4 guests but sleeper couches will allow up to 7 guests.

THE STUDIO was built in August 2016 and is the latest addition to Ambleside. It is a 40 square metre open plan apartment located away from the pool for privacy. Ideally it is just for a couple but two sleepercouches will allow an extra two people to use the apartment. The finishes are top class with a granite kitchen and porcelain tiles. The instant gas powered shower is extra large and heats up in just 30 seconds. The Studio has a 52 inch tv connected to Open View. Bring your own box and card for DSTV.

Guests should bring their own towels. Bed linen are provided for those in beds but if you want to use the sleeper couches then you must bring your own bedding. Satellite TV is provided as well as free wireless internet. The large garden has a natural stream running through it and is often visited by many birds and sometimes vervet monkeys. A deserted beach is a 35 second walk away. Our pool and Jacuzzi are heated with solar panels.

Situated on the South Coast of KZN and only an hour's drive from Durban, the picturesque and tranquil village of Umtentweni, a suburb of the town of Port Shepstone, has 5 bars that serve food all day, a Quickspar for grocery shopping, a post office and several other shops. Close by is Port Shepstone Country Club with facilities for golf, tennis, squash and bowls. There are many other golf courses in the locality. Shelly Beach is a 15 minute drive away with a cinema and shopping malls. A 35 minute drive away is the Wild Coast casino while inland there are the nature reserves Lake Eland and Oribi Gorge.

For the energetic there is deep sea surf and river fishing, world-ranked dive sites, hiking trails, kayaking, and local tennis and bowls clubs. The nearby Oribi Gorge boasts the highest swing in the world (33 stories high) as well as abseiling, river rafting, mountain biking and hiking trails.

Ambleside appears in the following sections: