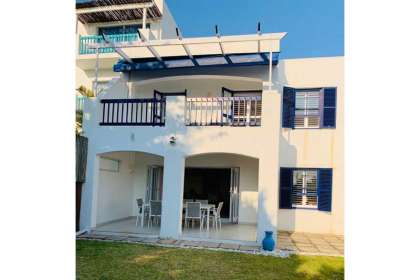 Sleeps 6 in 1 unit
From R 2200
Per unit, per night
* Rates may vary according to season 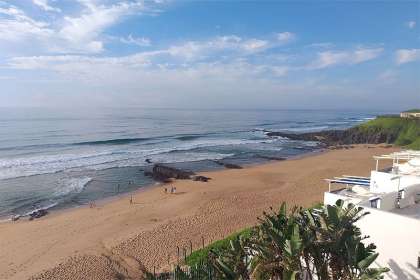 17 Perissa, Santorini - Ballito. This stunning first floor unit is situated in one of the Santorini villages – the unit is level to the parking but has a balcony. 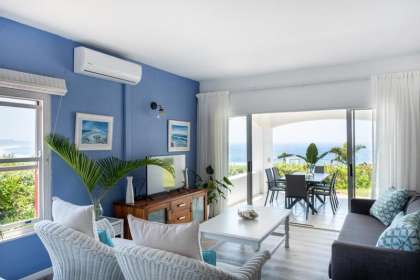 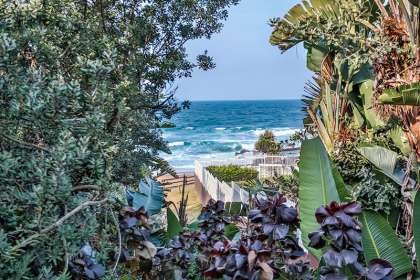 Guest Rating: 10
From R 950
Per unit, per night
* Rates may vary according to season

Thompsons Bay Beach Cottage is situated on the beach directly above the famous Thompsons Bay tidal pool in Chakas rock, KZN. The cottage is self-catering and consists of one bedroom, lounge, kitchenette and shower/toilet. 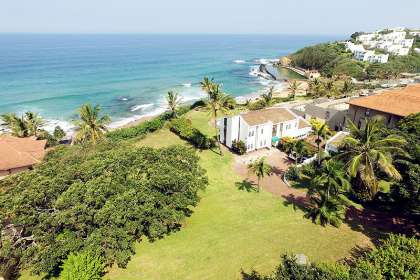 The NOMAX BEACH HOUSE is a comfortable spacious family getaway home situated in the sought after area of Ballito - Thompsons Bay Beach. Boasting uninterrupted beach & sea views this home has it all to make your stay a relaxing memorable holiday! Sea vie 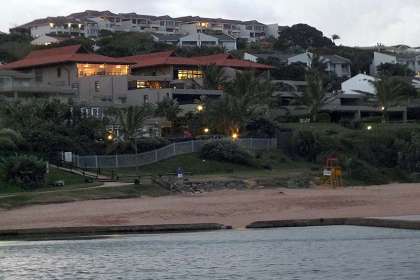 10 Marichel is an upmarket penthouse unit with uninterrupted seaviews of Thompsons Bay. It has a private gate providing beach access to the 12 units in the complex as well as a swimming pool for the tenants. 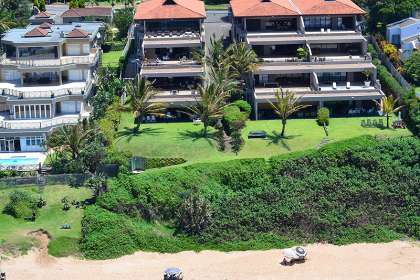 The apartment contains 4 bedrooms en-suite. The main bedroom has a double bed and the other three have two single beds. The unit also has a TV lounge, an open plan fully fitted kitchen, dining area and a more formal lounge 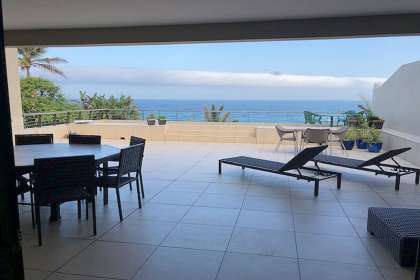 The exclusive complex of Marichel has only 12 units in total and this is one of these spacious apartments, number 7. It is situated right above the sought after and very popular Thompsons Bay, offering magnificent ocean views. 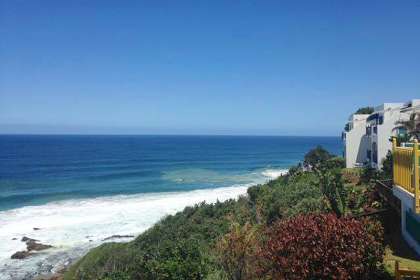 This is one of the finest units available for letting in the entire Santorini complex - located in the front row, on the cliff of the beach, of the very popular Akrotiri. Sit on the patio and watch the dolphins swim by! With unobstructed ... 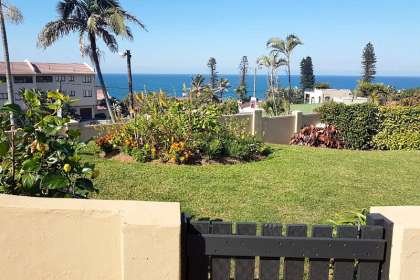 Enjoy this tranquil furnished fully equipped spacious 2-bedroom garden unit which sleeps a maximum of 6 people. Only a short walk to the popular Thompsons Bay Beach and tidal pools which is across the road from the complex. 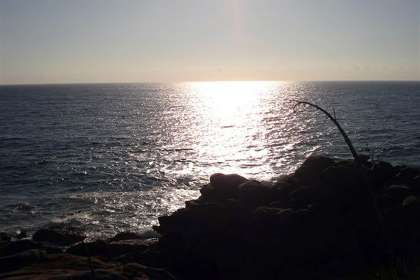 Our 5 bedroom cottage sleeps 12 people, has a large lounge and a dining area, large veranda and a double garage. The kitchen is fully equipped with a stove, oven, fridge, deepfreeze, cutlery, crockery, etc. as well as an outside protected braai area 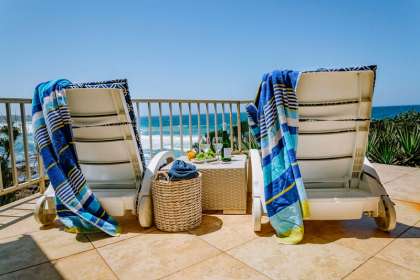 The 4-bedroom self-catering unit is luxuarious and a mere walk on the path across the rocks to the lifeguard protected Thompson's Bay swimming beach. This popular main beach has a large tidal pool

Unit 32 is ideally situated on the ground floor of Martinique Complex. The Complex is safe, secure, clean with braai facilities and a huge sparkling blue swimming pool. There are security guards on duty every night and the entrance gates are remote contr 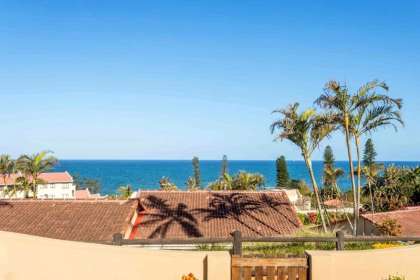 Sleeps 4 in 1 unit
From R 1100
Per unit, per night
* Rates may vary according to season 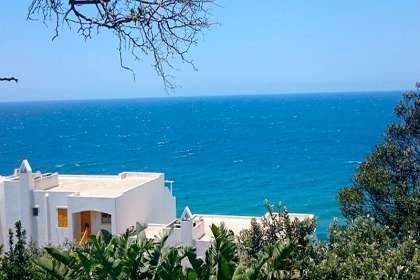 The 6 sleeper apartment has a large open plan living area which steps out onto a patio with breathtaking sea views. There are three bedrooms with main en-suite and a private patio. 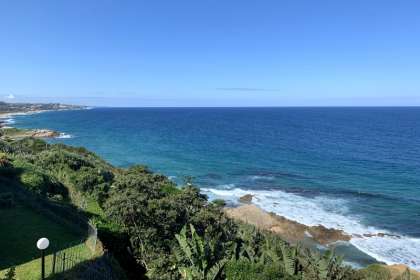 The Edge Of The Ocean

This cliff hanger apartment with stunning views invites you to become one with the ocean. A beautifully renovated air-conditioned apartment…… where everything spells peace. 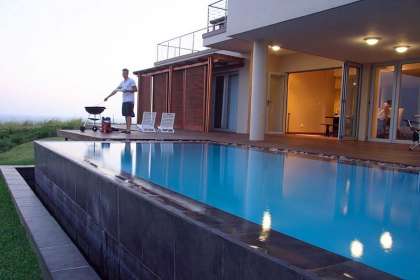 Ilanga 7 is a luxurious, fully air-conditioned, modern apartment situated within Simbithi Eco & Golf Estate in Ballito, ideal for the perfect holiday in a sub tropical climate of KwaZulu-Natal. 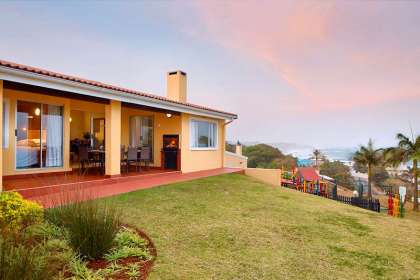 With lots to see and do in the vicinity, including fishing, dolphin cruises and whale watching - or simply relaxing at the pool or on the beach, quality time is what life’s all about at Chaka's Rock Chalets. Guests can enjoy fine dining, playing a challen 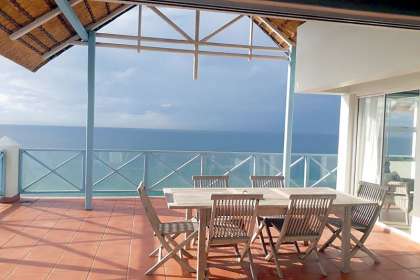 The Islands 18 is situated in the favorite holiday destination of Ballito on the North Coast of KwaZulu-Natal, and offers quality accommodation overlooking the most beautiful views of the Indian Ocean. 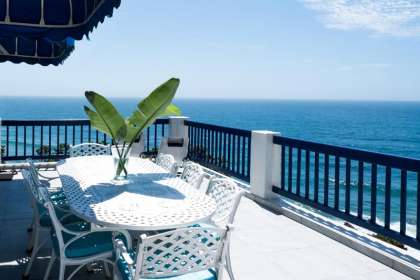 KZN Thompsons Bay, North Coast is situated between Ballito and Chakas Rock along Ocean Drive, and is known as the 'Clifton Beach' of the KwaZulu Natal, North Coast. The Thompsons Bay beach sits in a cove sheltering it from the wind. Thompsons Bay beach has earned Blue Flag status - Blue Flag beaches are considered to be clean, safe and environmentally friendly, and have qualified lifeguards on duty, as well as shark nets for added security. Also found at Thompson’s Bay is 'Charlie’s Pool', a large tidal pool providing safe swimming conditions for both young and old alike.

From Thompsons Bay beach you can see what is considered the 'ultimate' fishing spot in nearby Chakas Rock (Shakas Rock), 600m to the north of Thompsons Bay.

Superb North Coast golfing can be found close to Thompsons Bay at world class courses such as Umhlali Country Club, Zimbali Golf Estate and Prince's Grant Golf Estate. Golfing enthusiasts won't be disappointed with the condition and layout of any of the aforementioned North Coast golf courses. Umhlali Country Club and Zimbali Golf Club are particularly popular and booking is essential.

Further along the KZN North Coast, north of Thompsons Bay you'll find the North Coast towns of Sheffield Beach, Westbrook Beach and Tinley Manor, where you can experience some of the most beautiful spots on the KwaZulu Natal North Coast.

Sitting in a cove sheltering from the wind, Thompsons Bay is known as the 'Clifton Beach' of the KZN North Coast. Clean, safe and environmentally friendly, Thompsons Bay Beach has earned Blue Flag status, with qualified lifeguards on duty, as well as shark nets for added security.

Exclusive North Coast Thompsons Bay Self Catering accommodation can be found perching above the secluded Thompson's Bay beach cove, where you can enjoy the best of both worlds - secluded privacy, yet no more than a few minutes drive to top North Coast restaurants and shopping centres.

Avid fishing enthusiasts head for the 'ultimate' North Coast fishing spot in nearby Chakas Rock (Shakas Rock), 600m to the north of Thompsons Bay, and superb North Coast golfing can be found close to Thompsons Bay at world class golf courses.
There are endless other activities on the North Coast near Thompson Bay - tennis and squash courts, bowling greens and fitness centres are available in the Thompsons Bay area.

You can find suitable Thompsons Bay accommodation advertisements via our Map Search or our other simple Quick Search option on WhereToStay - Simply fill in the desired town or suburb then the desired category..........and you're there.

You may get lucky and find some of our Thompsons Bay holiday accommodation SPECIALS that are advertised from time to time - look out for "Specials" in our multitude of advertised property listings.