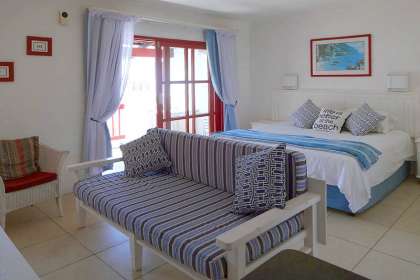 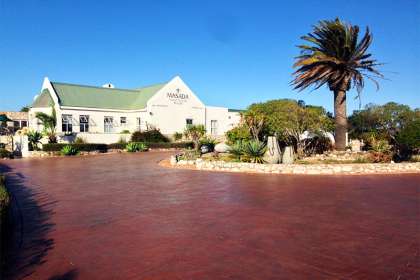 Sleeps 16 in 6 units
From R 650
Per person, per night sharing | Sleeps 2 adults max
* Rates may vary according to season

Situated on an enormous equestrian estate overlooking the north side of Saldanha Bay, privately owned Masada Guest House offers the greatest accommodation in Langebaan in a laid back country style atmosphere... 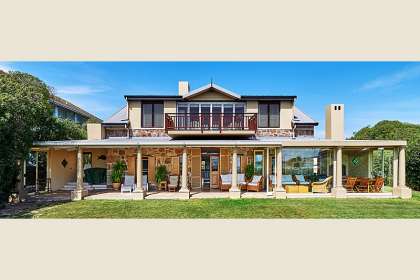 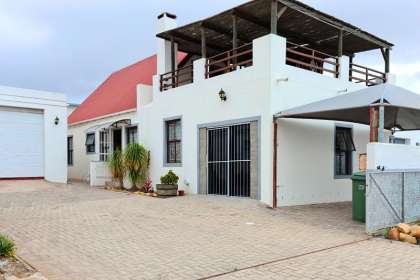 14 Mykonos Street is a self-catering holiday unit (sleeps up to 10) located in a small lagoon town on the Cape West Coast. Situated an easy hour’s drive from Cape Town, Langebaan provides an ideal base from which to explore the West Coast and the bounty o 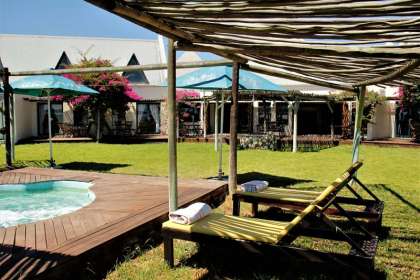 Every holiday starts with the perfect place to stay...Tortoise Trail lodge is in Langebaan and there is 8 rooms and two lounge/sitting areas. Also lots of wild life. 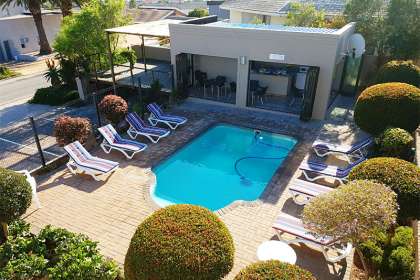 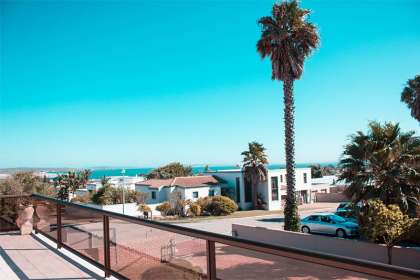 Graded:
Sleeps 8 in 4 units
From R 1550
Per unit, per night
* Rates may vary according to season 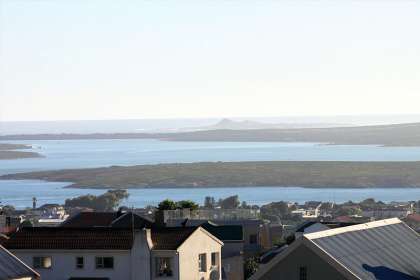 Graded:
Sleeps 4 in 1 unit
From R 850
Per person, per night sharing
* Rates may vary according to season

Sunbird View offers accommodation in the popular holiday town of Langebaan. There are 4 fully equipped self catering units situated on 3 levels with spectacular lagoon views. Situated 1.5 km from the lagoon and 2km from the midtown and beach. Langebaan is 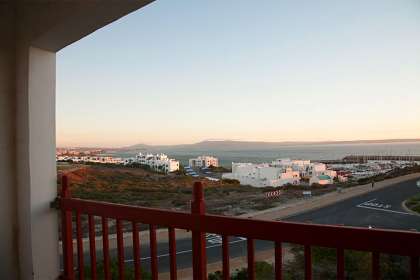 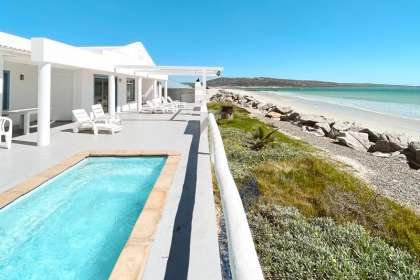 Guest Rating: 8.6
Sleeps 26 in 8 units
From R 750
Per person, per night sharing
* Rates may vary according to season 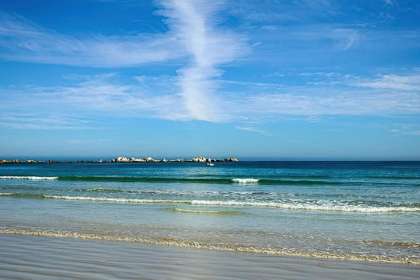 Sleeps 8 in 3 units
From R 1000
Per unit, per night
* Rates may vary according to season

Close to the sea ..... simply cross the street and then you are on the beach!! Wake up to the sounds of the sea, stroll along Voorstrandt beach, which is virtually on your doorstep and enjoy sun-downers on the patio. Engelhijs is conveniently situated wit 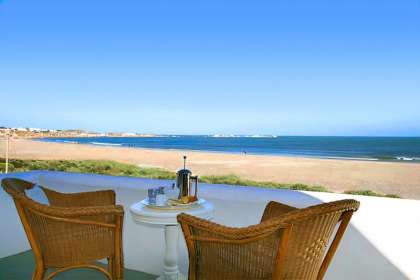 Sleeps 6 in 1 unit
From R 2400
Per site, per night
* Rates may vary according to season 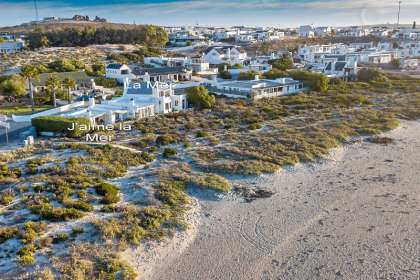 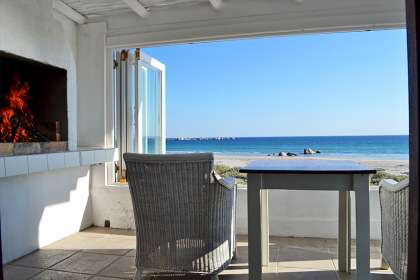 Guest Rating: 10
Sleeps 2 in 1 unit
From R 650
Per person, per night sharing
* Rates may vary according to season 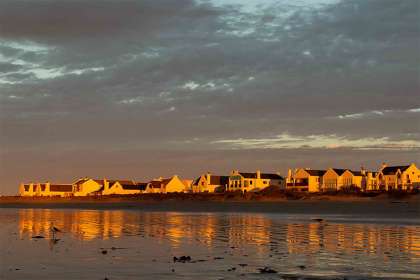 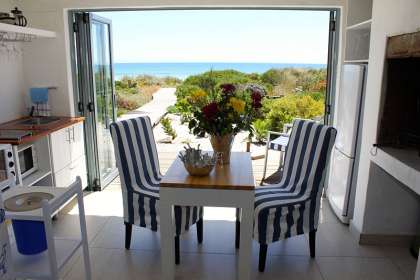 Graded:
Sleeps 2 in 1 unit
From R 2400
Per unit, per night | Sleeps 1 adults max
* Rates may vary according to season

Soli Deo Gloria Unit 2 is a beautiful beach front property. It consists of an en-suite bachelor pad with a wheelchair friendly shower. Folding-sliding doors open directly onto a deck and a board walk with direct access to the beach. The unit is fully kitt 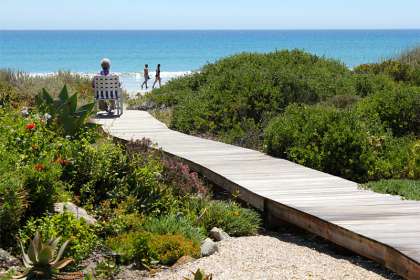 Graded:
Sleeps 2 in 1 unit
From R 2800
Per unit, per night | Sleeps 1 adults max
* Rates may vary according to season 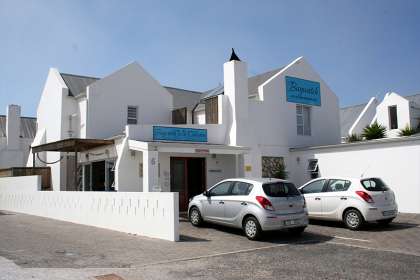 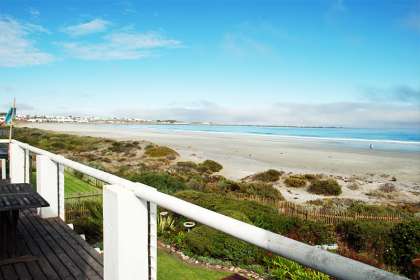 Langebaan is a lagoon town, just over 100 km from Cape Town along the West Coast. This picture perfect village is popular for its lagoon, the rich carpet of spring wild flowers in August and September and seasonal whale spotting.

Langebaan's origins can be traced back ten million years to when it was a site where leaders of the Khoi nation regularly met. Earlier this century the biggest whaling station in the southern hemisphere was operational here but with its closure Langebaan has quietened into a seasonal holiday town and was popular with pensioners until the recent property boom.

The lagoon in Langebaan is home to over 360 species of birds and the town is an eco-attraction that draws visitors to windsurf, kitesurf and fish in its waters. The lagoon was zoned in 1976 as a protected area and later declared a National Park, originally to protect the birds. Recent concerns about over fishing mean that this protection can be extended to conserving stumpnose, steenjie, white steenbras and kob.