Victoria Falls is a magical place of magnificent beauty. Zimbabwe is a landlocked country in the southern part of the continent of Africa, between the Zambezi and Limpopo rivers. It is bordered by South Africa to the south, Botswana to the southwest, Zambia to the northwest, and Mozambique to the east. Zimbabwe's climate is largely tropical, but this is moderated by altitude. It has a short rainy season which lasts about four months between November and March. The terrain of Zimbabwe is mostly high plateau with higher central plateau (high veld) and a mountainous range in the east. Zimbabwe boasts several major tourist attractions. Victoria Falls on the Zambezi River, which are shared with Zambia, are located in the north west of Zimbabwe. Before economic changes, much of the tourism for these locations came to the Zimbabwe side but now Zambia is the main beneficiary. The Victoria Falls National Park is also in this area and is one of the eight main National Parks in Zimbabwe, largest of which is Hwange National Park.

Popular Towns
Showing 1 to 9 of 9 results 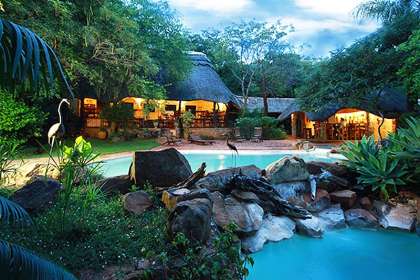 Conveniently situated, the drive is only 82kilometres from the centre of Harare on the Bulawayo road to near the small town of Selous. 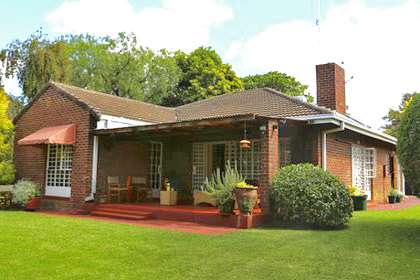 Sleeps 12 in 6 units
From R 50
Per person, per night sharing | Sleeps 2 adults max
* Rates may vary according to season 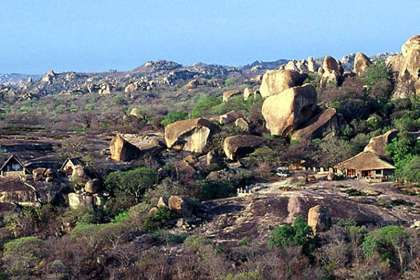 The design of the lodges is A-frame granite under thatch, which ensures they are cool in summer and warm in winter. The seven lodges each with en-suite bathroom and private balcony 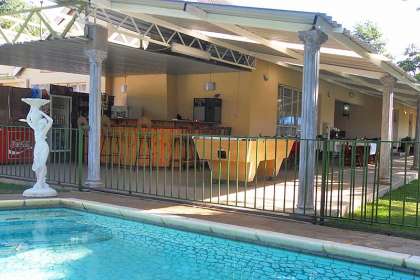 Comfortable , homely, secure & relaxing overnight accommodation in up-market suburb of Harare. Ideal for visitors to Harare, whether on holiday or for business. 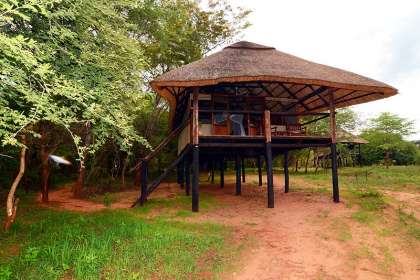 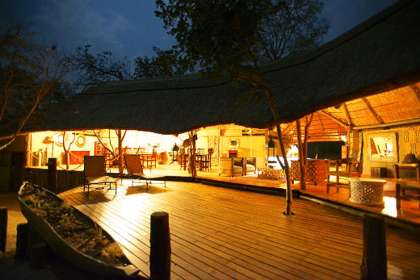 Khulu overlooks an ancient riverbed, in today's terms called a 'vlei' and the waterhole in this vlei is known to attract a variety of the greatest wildlife and bird life in Hwange National Park. This exclusive, privately owned safari lodge is in the UNESCO World Heritage Site of the Matobo Hills, situated only 45kms from Bulawayo. Tucked away into an ancient Bushman's shelter, Camp Amalinda was voted in the top 3 Safari Lodges in Zimbabwe 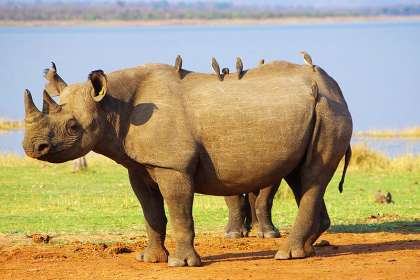 Rhino Lodge is situated on the shores of Lake Kariba, a massive man made lake formed by the damming of the mighty Zambezi River in the late 1950's. It is also situated within the Matusadona National Park 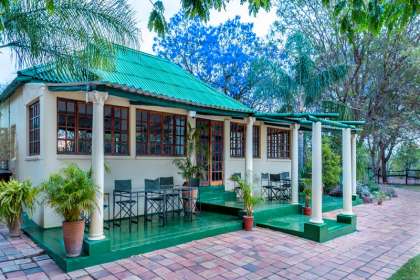 Sleeps 48 in 12 units
From R 1050
Per person, per night sharing
* Rates may vary according to season

Guests are accommodated in 12 thatched, Cape Dutch style cottages, which are built on the fringe of a majestic granite outcrop. Each individual cottage has a twin bedded, bedroom, en-suite shower, toilet and wash-hand basin, open plan lounge with tea/c